At WWDC this week, we learned about ways Apple plans to make Siri smarter, many of which have to do with your money. Starting with iOS 11, Siri will be able to help you complete money transfers, as well as helping you stay on top of your checking, savings, and credit card accounts.

“Users will now be able to transfer money from one account to another or search for account information,” said SiriKit engineer Sirisha Yerroju about changes coming to the public with the release of iOS 11, due out this fall. “If the user wants to know more about each account, you can just click on any of the items to get a detailed view. Search for account intent shows not just all the accounts but can also be used to provide specific account information.”

The ability to search for and pay bills with Siri was added with version 10.3 of Siri, while send and request payment functionality came last fall with iOS 10.

Yerroju spoke in a session Wednesday titled “What’s New With SiriKit?” that provided greater detail about the Siri updates first mentioned in the opening keynote address on Monday. 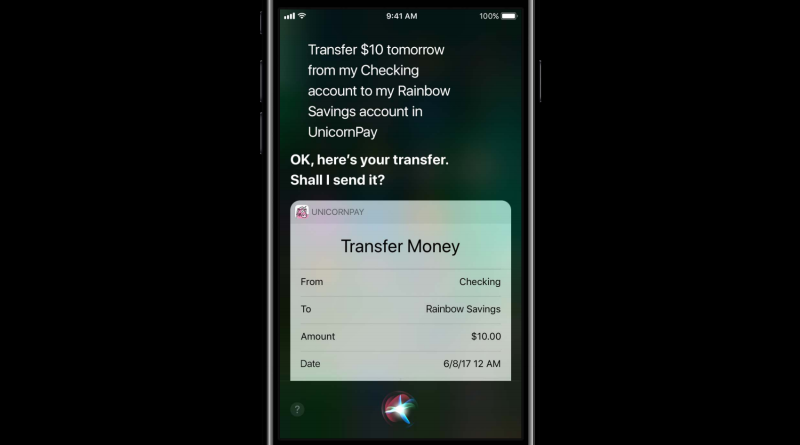 Changes coming to Siri with iOS 11 include the ability to do on-the-spot translations and serve up personalized recommendations in native apps  — like Safari, Maps, and News. It was also announced that both male and female versions of the assistant will get a more expressive voice.

Other Siri-related announcements made during the keynote address include the arrival of HomePod, Apple’s answer to smart speakers like Google Home and Amazon Echo, and news that a Siri theme is coming to the Apple Watch. For the full rundown, here’s everything Apple announced at WWDC.

A QR code scanner will live in the native camera on iOS 11 and will be used for payments and social media contact codes like the kinds seen from Snapchat or Facebook Messenger.

With iOS 11, Siri will also be able to recognize account nicknames and talk with a user about things like credit card reward points.

Beyond the addition of banking category intents, Siri will now be able to do a lot more with lists and reminders, including creating reminders based on time and location. Say: “Remind me to print the slides when I get to work,” and Siri will remind you when you are physically standing at your desk.

Siri will be able to search for lists and reminders based on things like content type, location, title, and date and time.

Also coming soon: Developers will be able to customize cards generated by Siri that let people interact with an app. 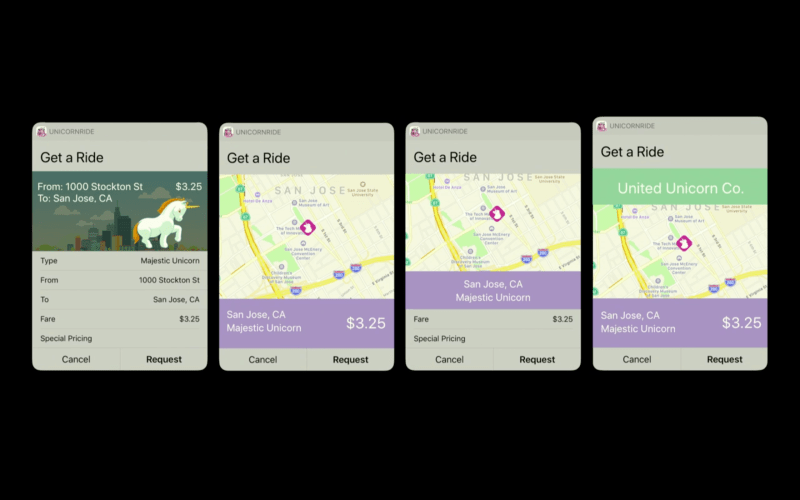 Above: Examples of customized interactive cards developers will be able to create for iOS 11

Apple’s focus on finances at WWDC comes after both Google and Microsoft brought payments to their voice apps, followed by a rush of activity to enable payments on chat app platforms.

Apple Pay for peer-to-peer payments is coming to iMessage this fall. Also on the way in iOS 11 or later is Business Chat for iMessage, which customers can use to contact and interact with businesses. Apple Pay will also be able to handle transactions in Business Chat.