I first met Otto Berkes when he was one of the founders of Microsoft’s Xbox team, alongside three other crazy Microsoft colleagues. They hatched a crazy scheme to get Microsoft in the console business, and now it’s a multibillion-dollar enterprise. I wrote a book about them and the work they did as intrapreneurs, or a team creating a startup within a big company. And many years later, Berkes is still focused on innovation and intrapreneurship.

Berkes left Microsoft in 2011. Then he joined HBO to help usher it into the digital age with HBO Go. In 2015, he joined CA Technologies, one of the largest enterprise software companies, which dates back to the mainframe era. He serves as an executive vice president and chief technology officer. His goal in the past couple of years is to turn CA into a “modern software factory.”

While he works in New York, he helped start the CA Accelerator in Menlo Park, California, which fosters startups within the company and helps them get internal funding and traction. The goal is to give employees risk-free entrepreneurial experience and a chance to create new revenue streams for the big company. It’s a very enlightened approach to entrepreneurialism at a $4 billion company that was founded in 1976. 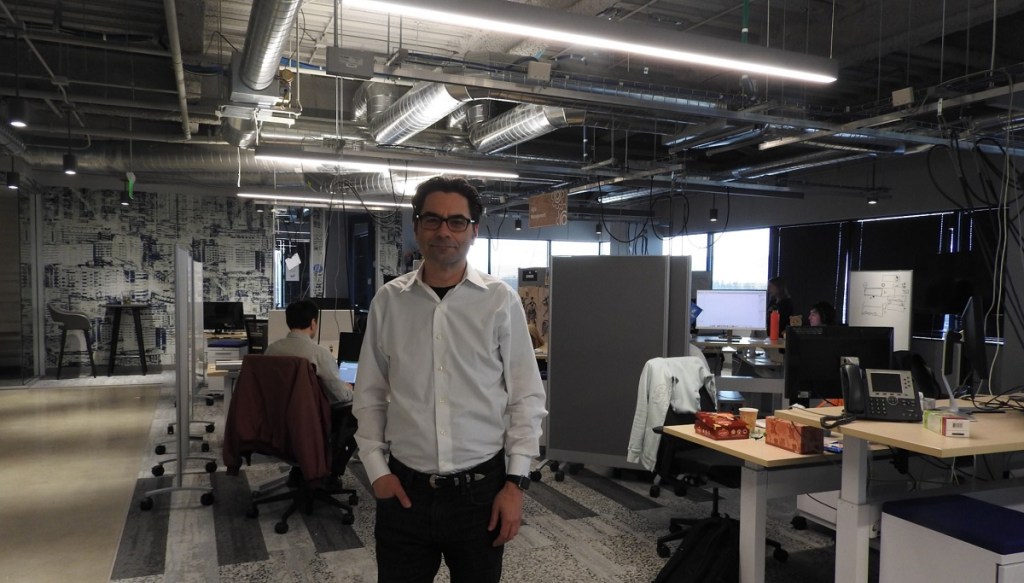 VentureBeat: How long have you been here now?

VB: What are your responsibilities?

Berkes: Helping set the strategic technical direction of the company, to really spearhead the types of product incubations that will take us forward into the future. Getting back to the accelerator program. We can talk about that in a bit more detail. Also, advanced research. What I would put into the university type of research. Further out into the future. Not product development, but pure research.

VB: I was familiar with what CA used to be, but I don’t know what it is today.

Berkes: That’s a good topic of discussion. That’s the reason I came on board, really. I had a number of conversations with our CEO, Mike Gregoire, really trying to understand what Mike was trying to do. The thing that caught my attention and my imagination was — his goal, his desire was to bring and build new product innovation capabilities and new product development into the company. Build that capability to augment what CA has been traditionally doing, which is acquiring businesses and bringing them into the CA portfolio.

He really wanted to build the capability, in addition to that, to build new organic businesses from the ground up. I love the challenge of that, and also the promise around the ability to do that, to help drive the transformation of CA as a business and a culture.

VB: What is most of the business now?

Berkes: It’s core enterprise software. We have a number of pillars. Going backward in time, we still have a significant portion of our business in mainframe, which is the company’s starting point. We have a very strong performance management portfolio, API management. We have a strong security portfolio. We’ve also pivoted into agile: agile development, agile testing.

Automation is a core pillar. Getting back to our acquisition strategy, one of our big acquisitions over the past year was a company called Automic, a clever play on the space. But they’re one of the leaders in business process automation and development automation as well. We’re investing heavily there.

Another big acquisition for us this year is in the area of security, really trying to get ahead of where security is going. The days of just endpoint security and security as a barrier between the outside world and the enterprise — that model doesn’t work anymore. Veracode is the company we acquired. It’s a really exciting acquisition, because it focuses on code security. Businesses are writing more and more code that they’re delivering all the way out to customers in the form of applications and backend services that go with them. How do you make sure you’re not introducing security vulnerabilities at the code level? Veracode is 100 percent focused on addressing that problem. 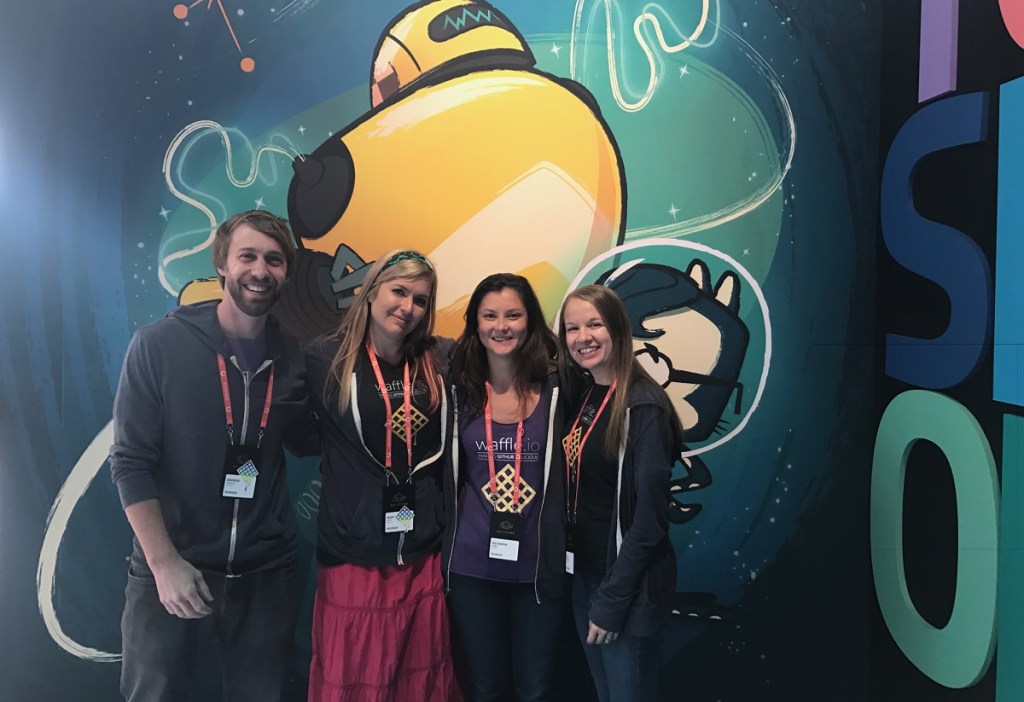 Above: The Waffle.io team at CA’s accelerator.

VB: Who do you guys mostly compete with, then? IBM?

Berkes: Certainly IBM, HP, what you think of as the traditional competitors, but also newer entrants that tend to be single-product companies, folks like Apigee, App Dynamics. That’s two examples that are direct competitors to us. At the same time we also have a partnership with IBM. You know how the industry gets like that. You compete with them on one hand and partner strongly with them on the other.

VB: How long has the accelerator been around?

VB: What are some of the dimensions of running that?

Berkes: A couple of dimensions to it. One, and this is just a core attribute that I designed in, was that it’s not a program that was done in isolation. For example, we build up a process by which anyone across the entire company can submit an idea and potentially pitch it to the investment committee. Ideas can come from anyone. It doesn’t have to come from the product organization. I can come from marketing or sales or a combination of areas in the company. We wanted to build the broadest possible funnel, because a good idea can come from anywhere.

The other thing that we really focused on was to have it be a very repeatable process. We built a framework that uses lean startup methodologies to have a very well-defined process for bringing ideas in, incubating them, and either continuing to fund them, if they’re getting traction and making progress, or early exit and using those resources to bring in other ideas.

One of the important aspects, I felt, that was necessary to really create something to create something durable and repeatable and high value, was the governance model. We have an angel committee that evaluates pitches to determine whether they should come in or not. That committee also is along for the entire journey, for each incubation. That committee isn’t just comprised of folks from my organization. It includes a broad swath of leadership from across the entire company. Again, to make sure we’ve got a diversity of viewpoints and opinions to help both guide and evaluate the incubations that come through.

We have, as part of the process, monthly reviews of each incubation. I felt strongly that it was important to have a very tight feedback loop around these new business ideas that are often in greenfield areas, that are going to iterate and pivot both frequently and rapidly, and to make sure that we had the right support structure around the challenging and dynamic nature of startups.