As CEO of CableLabs, Phil McKinney’s job is to dream big. He gets paid by cable TV providers around the world to do research on the future and how to build the networks that the future will require, particularly to serve the needs of education.

Today, CableLabs is releasing a short film called “The Near Future: Ready for Anything,” the third in a series about how technology can help us in the future. CableLabs naturally sees wired and wireless networking as playing a big role in that future, which will require gigabytes and gigabytes of data flowing into and out of our homes and businesses. But I think “The Near Future” series does a particularly good job of showing how those technologies fit into the lifestyles of the future, whether it’s about being older or what’s the best way to teach kids.

This year’s video focuses on technologies for education such as augmented reality, virtual reality, video walls, Internet of Things measurement devices, and the “light field Holodeck” where you can interact with 3D objects in a virtual space. I spoke with McKinney about his latest vision for the future in an interview. You can also check out the embedded videos to look at the films CableLabs created. 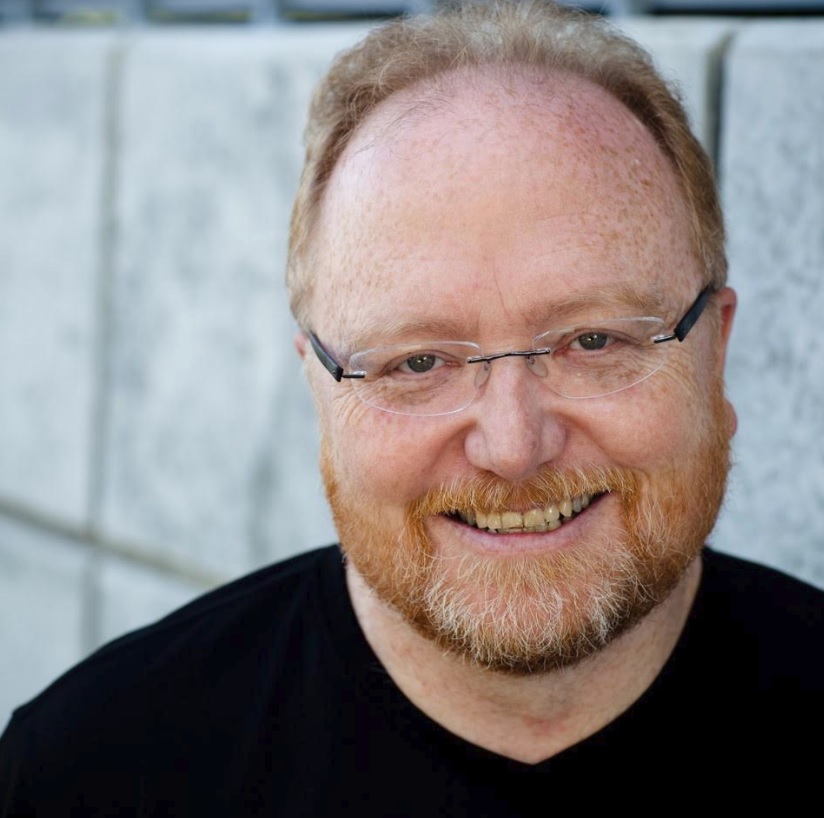 Above: Phil McKinney is CEO of CableLabs.

Phil McKinney: This is the third film in the series. The 2016 film, “The Near Future: Bring It On,” was looking at the question of what consumers are going to do with a gigabit to the house. It has a bit of a gaming, entertainment look to it. Last year’s film, “The Near Future: A Better Place,” was looking at the role of technologies in the home for supporting people who want to age and play. Health care, the ability to get around in communities, living an independent life.

This year’s film has two elements to it. We’re calling it “The Near Future: Ready for Anything.” It’s looking at education. It has a bit of a work feel toward the end, but it’s really trying to address the question of: If you think about students today, and the role of innovation and technology, how do you prepare students today to use a technology that’s not yet been invented to solve problems we don’t know exist yet? How do we rethink that whole effort?

When you look across all three of the films, the underlying element, and the reason why CableLabs is doing these films, is really to talk about, or at least be an inspiration for, the innovators out there. We’re building the network of the future. Today more than 50 percent of all the U.S. homes served by cable have access to one gigabit. In 2016 it was less than five percent.

Above: The video wall can be used for collaboration in CableLabs vision of the future.

VentureBeat: It looks like you picked some technologies that are very prominent here, like augmented reality and AI assistance.

McKinney: AR, head-mounted displays, we’ve had them in all of the films. We think it’s important. But it’s more than just passive AR and VR. It’s about what we call social AR or mixed reality. In the case of this year’s film, we’re having students from the U.S. and Australia being able to work on projects together. They can feel like they’re not just looking at some rough avatar, but actually working together all in the same space on the same project at the same time. That social element asks the question: How do you make that happen, given the distance?

There are two parts to all of our films. We show the film, and then we have a video where I talk through it called “Behind the Tech.” In the 2016 films, we talked a bit about this concept of edge compute. While you have these networks passing bits, can you embed compute capabilities that are highly distributed into the network, so the rendering and the interactivity and the social aspects can be rendered extremely close to the person experiencing it? You can reduce that latency to the minimum and allow people to work and feel like they’re next to each other.

We shared our vision for edge compute, and now you’re starting to see a number of companies coming out with those approaches, HP Enterprise being one. They’ve had a big push into edge compute over the last couple of years. The technologies we picked for this year’s film are building on the commonality of the other Near Future films. All of our films are looking in a three to eight year time frame. We’re not trying to be Buck Rogers.

What’s interesting about light field displays, in our current research and the work we’re doing right now, on a two foot by two foot light field display, in its current raw form, to maintain that image and allow for interactivity, you’re looking at a network feed of about 800 megabits. You start thinking about room-size displays —

Above: The vision of the Light Field Holodeck.

VentureBeat: Is that the one where they’re walking into the stage area?

McKinney: Yeah. What’s unique about light field displays is that the bandwidth does not grow with the square of the area. It actually grows with the square root of the size of the area. Starting with 800 megabits, it’s not like we’re going to have to eventually deliver terabits to cover that room. It’ll be somewhere in the six gigabit range. That’s before any efficiencies and compression and edge compute. That’s just raw pixels you have to push to get the full 3D volumetric experience.

In those areas, we’re not building light field displays. We’re doing research in those areas. It’s primarily for us to understand what are the requirements, what are the needs of the network to allow those innovations to become a reality. The cable network is rapidly deploying the gigabit networks, DOCSIS 3.1. It’s fully up and deployed. We’ll be able to support up to 10 gigabits symmetrical, because in a light field collaboration space you need upload and download speeds. We announced more than a year ago full duplex DOCSIS, which brings symmetrical gigabit speeds to the network. Consumers in their homes in the future can have 2, 5, 10 gigabit symmetrical.

Those kinds of experiences aren’t far off. There’s work being done in university research centers and stealth companies. Some companies are out there showing pretty little 3-inch light field displays. We’re looking at working on 2 foot by 2 foot with researchers. We think it has some interesting characteristics. When you watch the “Behind the Tech,” you’ll hear me talk about how, with that kind of technology, the science classes of today are a lot safer than when I was in school. As you can imagine, I was the kid throwing bombs in the pond in the middle of campus. [laughs]

Now you can let kids do experiments that you’d otherwise never allow them to do, let them have the discovery experiences and solve problems you can’t expose them to today. It’s about creating these environments to create and interact and work together, which is what we need students to have as far as the skill set to be the work force of the future that we need. It’s no longer about memorizing a formula. What can’t I Google in six seconds? It’s critical thinking skills and collaboration and creative thinking and problem solving. It’s the willingness to try and experiment. If the experiment fails, try another one and solve the problem.