This is new for our fans and new for us. We’ve had a blast trying to figure out where we want to take it. Whether it falls in line with the genre standards or deviates, we’re not too concerned with trying to match the status quo. We’re just concerned with having fun and delivering fun content to our players. I think our players have expectations of what makes Call of Duty fun and what makes Black Ops fun. We’re learning it all together.

I think it’s safe to say that we’ve deviated from the “classic” battle royale. But that’s okay. We’re more than happy to push it in ways that it may not have been meant to be pushed. 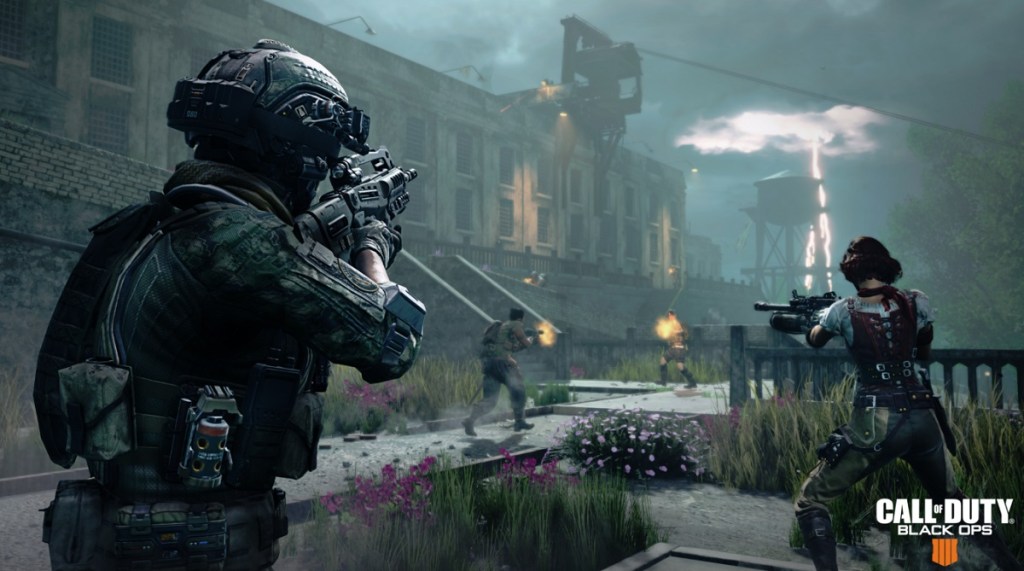 GamesBeat: I managed to get killed by a zombie once, which I wasn’t expecting. Is there any difference between these zombies and the ones in the main Blackout map?

Scronce: I believe they’re the same breed of zombie. “Meatbags,” if you will. But they’ll become stronger with each circle. They hit a little harder and have a bit higher health.

GamesBeat: I’d never noticed how that happened before because I never stuck around in the Asylum building long enough.

Scronce: Yeah, I try to hightail it away when I hear the zombies near me. I don’t want to die to one. [laughs] I just avoid that altogether.

Flame: There’s more of them per square foot in Alcatraz, though.

Scronce: Yeah, we have the same amount of zombies required that you have to kill to open the mystery box in Alcatraz, but if you’re in that prison cell with zombies and you see a shadowy figure across the cell, you’re not sure if it’s a zombie. I usually just stick to the perimeter. I’m more of a beach guy. [laughs] It’s a game about survival, after all. Not a game about kills. I always tell people, the only kill that matters is the last one.

GamesBeat: Are you guys seeing particular strategies emerge as some of the more common choices, ways to survive the map?

Scronce: Every day there are new strategies coming out. We’ve addressed some more unsavory strategies, like being out in the collapse and, as players like to call them, “heal-offs.” That’s not fun and it’s not our intention. That specific example — if you’re outside the collapse after a certain amount of time, the damage will start ramping up. We’re constantly checking out the new strategies and addressing them or encouraging them as needed.

Flame: There’s always a fine balance. There are the strategies you plan for, that you want players to have. There are the strategies that you never expected them to have, but that are actually really clever. And then there are the cases that border on abuse, things we specifically wouldn’t want. It’s part of that whole — the way we’ve shifted to making games now in this era, this wasn’t even true on Black Ops 3. But this is what players expect. They expect game-makers to have a dialogue with the community. 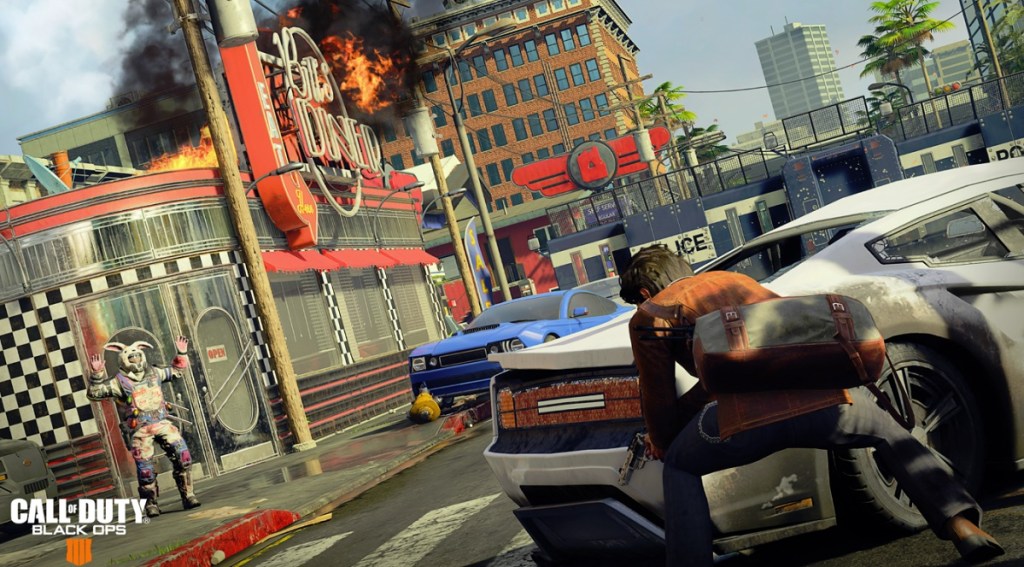 That’s something we’re focusing on. We have more people on the team talking to more people outside the studio, taking in feedback and engaging in dialogue. A lot of that stuff we take in and it has an impact on the game.

Scronce: Back on multiplayer, over the past couple of weeks we’ve introduced the “Barebones” playlist, which was another very highly requested playlist. Essentially it restricts all of our specialists. Again, it’s like Hot Pursuit versus Hardcore. We have our Black Ops 4 core experience. We’ve designed it with these specialists in mind, and the tactical gameplay that comes with that. But at the same time, if you want to take a breather from that you can go over to this playlist, where specialist selection is purely cosmetic.

Our design philosophy for Barebones was, Black Ops 2 is the north star. Let’s try to retain the feel and the vibe of Black Ops 4 and meet Black Ops 2 somewhere in the middle.

Flame: We’re in a unique situation here with Call of Duty and with Black Ops. We have a very popular game that has many previous games behind it as separate titles. There’s not a lot of other players in the space that are in our position. Everyone has a different favorite Call of Duty, right? There are opinions all across the map. A segment of players in our community likes that old-school experience, the Black Ops 2 time period. Whether it’s Black Ops or Black Ops 2, the games in that era have things in common that we’ve evolved from.

We made something for those players, and we saw a segment of players go to that. It turned out to be a very vocal segment. Usually, the vocal players are the ones who aren’t just content and happy. They want something a little bit different. We saw the numbers and it wasn’t a huge shift, but there’s definitely a group of players who are interested in this, and they love it.

Scronce: Even just talking to our co-workers — one of our level designers just absolutely loves Barebones Mosh Pit. But a guy sitting right across from him might like the excitement and the explosiveness of the core Black Ops 4 experience. He wants to go in there and put barricades down, put razor wire down, and lock off this hardpoint. Even walking down the halls, there are very different opinions. It’s been interesting and fun to try to put all these pieces together and retain the Block Ops core feel.