Flame: We have to be careful to not make 100 different games where have to support all of those because then we’re stretched too thin. We set ourselves up for that with Black Ops 4. We created some restrictions on ourselves to keep things from going too crazy. We set up our core playlists, nine of those, and then we have our feature playlists. So here’s our space to play with, and we can rotate in and out of these. That’s where we’re hitting our stride now. Every week there’s something new, and we have a lot of great ideas up in the queue to last through the year.

It’s tough for us, actually, because we want to put all this stuff out there, but we also know that — we want to pace it as well, so there’s always something new. We’re not rushing everything. Everything has its time to be developed, and we’re not putting it out until it’s done. Players get their chance to experience things, and then there’s something new ready for them as soon as they’re coming down off of that. 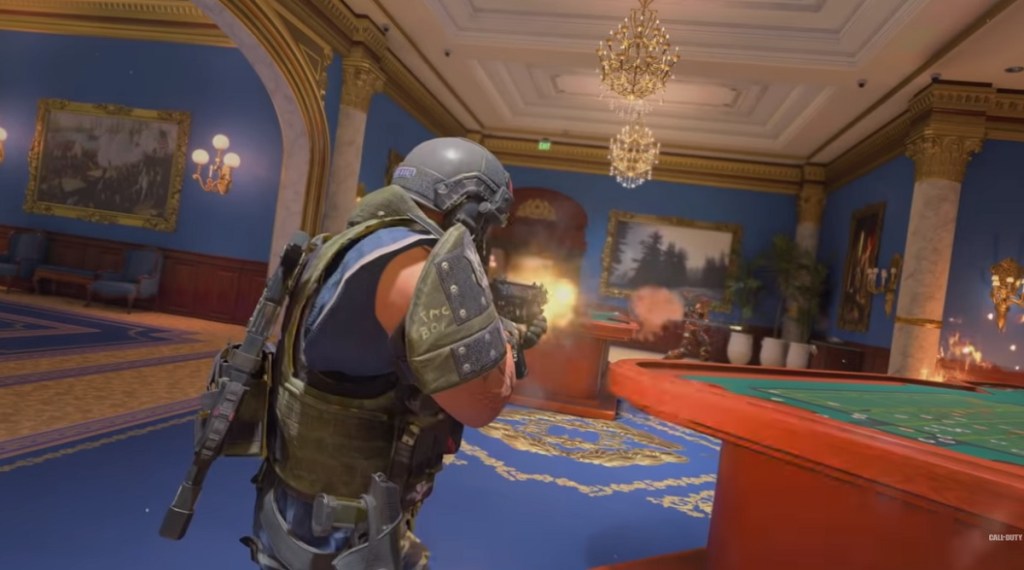 GamesBeat: What is it like to go from an environment where — it almost seemed like there wasn’t quite as much competition. You can design a bit more in isolation on older games. Now you’re in the environment we have today, where there are so many battle royale experiences arriving. It seems like the ideas on battle royale are coming out on a monthly basis. You’re designing in the middle of all that now. What is that like?

Scronce: We’ll always say that competition is good. It’s good for us and good for the players. But at the same time, we’ll get nothing done if we’re always chasing someone else’s idea. We dropped Down But Not Out — I believe that was last year. That was our first redeploy mode for Blackout. I guess the easy answer is it’s not difficult because we’re just trying to embrace what makes us Black Ops and what makes us Call of Duty. To do that, we have to focus on ourselves and the community. Doing that will generate unique ideas that we can steal from ourselves, like wall-buys in Alcatraz. We have a ton of stuff to lean on, all of those learnings we’ve been honing over the past decade. There’s no shortage of Call of Duty IQ and very smart designers in this building.

Flame: For us, the fans drive a lot of that conversation. Whatever’s happening in their lives, whether it’s how they’re engaging with the developers on social media and their expectations of that, or other celebrities for that matter — not that we’re celebrities or anything. But I’ve seen different things recently about how people engage on social media. We’re engaging with our fans and they’re letting us know what their expectations are. Those expectations are for more consistent content. We expected that, but it’s even more than we expected. Now we’re adjusting, and we’ve been adjusting, to bring out content on a consistent basis.

It’s a lot of fun, personally. Matt and I are engaged on Twitter and Reddit and having conversations with the fans. We hear a lot of things that we know, and we also hear some great insights that maybe we didn’t think of. Being able to feel like you’re working with the community and building a game for people that you know, where you’re making what they want to make, is really rewarding. We’re loving that type of development process. 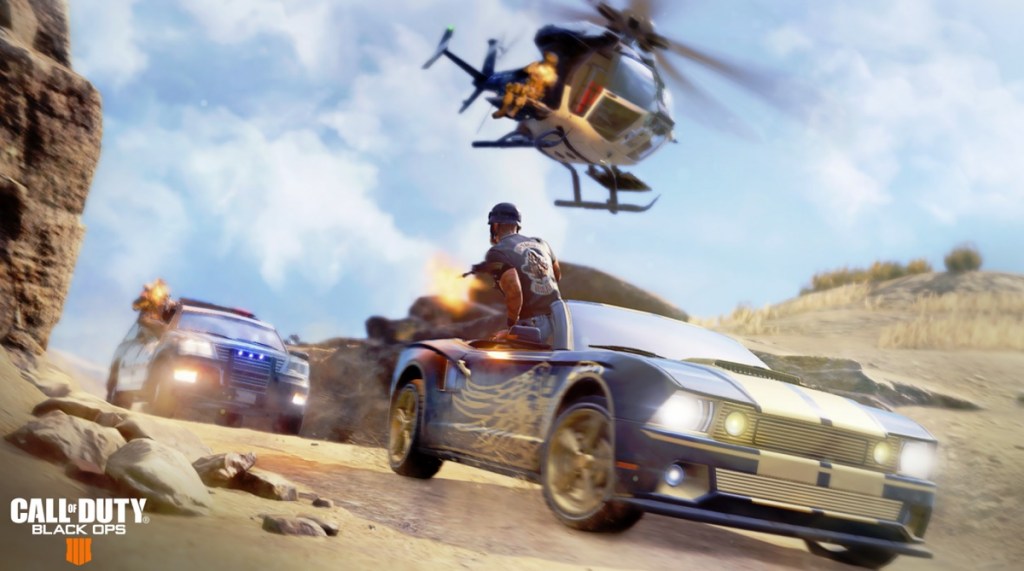 Above: Hot Pursuit in Call of Duty: Black Ops 4.

Scronce: I feel like that’s why our fans have always loved the Black Ops games. There’s something for everyone. Traditionally we’ve had campaigns. We’ve had Zombies. We’ve had multiplayer. Even inside of those we have League Play, the hardcore competitive mode, or super casual party game modes. It’s not really anything new to us. We have small and large segments of our community that are very different. It’s always interesting to try to address those, both independently and at the same time.

Flame: “What is Call of Duty?” is a conversation we have around here all the time. Call of Duty does come down to the core combat: the guns, the movement, the controls, the accessibility, the fast-paced and satisfying combat, and the depth of combat as well. You get it, have fun, earn progression, and move along. There’s always something bringing you along to the next game. Then you’re back into that fast-paced environment.

That’s the core of Call of Duty. Then we can rally around that and say, “Here’s a mode called Infected. You still have all the guns, but we’ll put this twist on it. Once you die, your guns are taken away. Now deal with that.” Blackout was using all of the same guns we had in the rest of the game, and using a lot of the same combat items, the same equipment and optics and attachments. It took that combat loop and stretched it way out.

Scronce: What we’ll often say around here is it’s all about enhancing the flavor of the soup. The broth is Call of Duty. It’s the tight controls, the tight gunplay. We know that we have to retain that basic flavor. It’s all about what we can add to enhance that and separate it from the other soups out there. Deep down, you still know you have that Call of Duty gameplay that you buy our game for. It’s something we keep in mind. We’re always preaching — we have to have that framework, that base flavor of Call of Duty. If we lose that — that’s what so many of us, even in the studio, came to love Call of Duty for.

Flame: That helps guide us. We feel confident and comfortable. You get to be creative, too. Everyone has different ideas. But the guiding light of the Call of Duty combat, the grounded experience, the grounded fiction of it, helps us rally around — okay, what can fit in there? The truth is, a lot can fit in there. We get to keep exploring that with the community. We’re right in the middle of it now.

GamesBeat: When are you going to make a map for me, something where unskilled players can win?

Scronce: Zombies with boxing gloves? [laughs] We’ll take that back to the team.

Flame: You have to tweet at me very angrily.

Scronce: In the meantime I’m more than happy to party up with you. I’ll take care of the zombies as long as you watch my back.

GamesBeat: I like that. Riding on someone’s coattails to victory.