Cody Friesen had a big dream, and with Zero Mass Water he is making it come true. His team has figured out how to extract water from air, using nothing more than a solar electricity-powered panel. This is the first real update to the creation of drinking water since the Roman era, he says, and it could lead to everyone getting a perfect cup of water.

Zero Mass Water showed how its Source Hydropanel can pull water out of thin air at CES 2019, the big tech trade show in Las Vegas this week. The panel creates conditions that allow condensation, akin to rain, to happen even in arid climates, said Friesen, who sat down with me in a tent outside of the Las Vegas Convention Center for an interview.

It’s one of those rare technologies that, rather than consuming resources and hurting the environment, actually marshals the abundant resources of air and sunlight and turns them into something we all need — potable water. Friesen told me that his family of four in Arizona can now generate enough water for their needs — 600 bottles a month — from just two Hydropanels.

And Zero Mass Water has now created its own real-time analytics sensor, Source Informed, to measure the production of water in its panels around the world, from Sub-Saharan Africa to the Philippines. Investors include Macquarie Capital Venture Studio with R/GA, which was run by my recently departed friend Gene Mauro, who was the head of the R/GA investment team.

It was an inspiring conversation that reminded me of my favorite science fiction novel, Frank Herbert’s Dune, where the goal was to turn a desert planet into a green one. That is also why I considered this to be one of the best of CES. 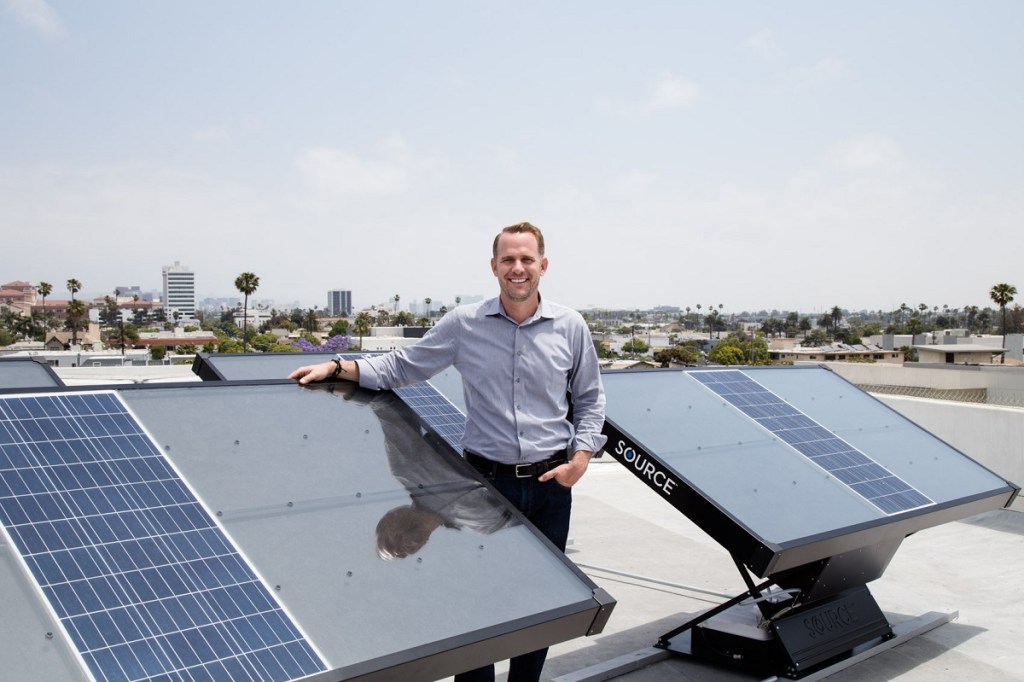 Cody Friesen: Each one of these panels is an independent water supply, entirely independent of the grid. No electricity, no piping. Just sunlight and air. Each one produces water, stores it, mineralizes it, ozonates it to make sure it’s sterile. It has an 80PSI pump to deliver to a tap. That all connects to the cloud, so we know in real time that that water is perfect.

All the other water you drink, at some point it fell out of the sky, soaked into the ground, got pumped and treated, and it was either put in a bottle or sent down a pipe. This water is fundamentally different. It’s a sort of digitization of water, in the sense that we can just show up and provide water anywhere.

When we built the Source Hydropanel, it was around this concept of–you’re living in the 21st century with respect to information. All of humanity’s information is in this computer in your pocket. Solar panels allow electricity access globally, independent of infrastructure. And yet with water, we’re living in the Roman era. We have to wait for this stuff to fall from the sky. We talk about droughts and lack of drinking water, which is insane. Could we imagine technology that would enable the same sort of independence as with solar, but do that with water? Through a bunch of technology effort, that became the Source Hydropanels.

The conception was, could we perfect water through that process? Those panels not only produce pure water that we mineralize and sterilize, but now, what we’re talking about here is we’ve added a new sensor suite, Source Inform, that closes the loop. In real time we can monitor that the water is in fact sterile and has the mineral set we say it does. That connects to the cloud. In real time, on your app–not only is this thing a first in the sense of perfecting water in all the ways I talked about, but we’re closing that loop. You have a direct feedback loop to know that water is perfect. 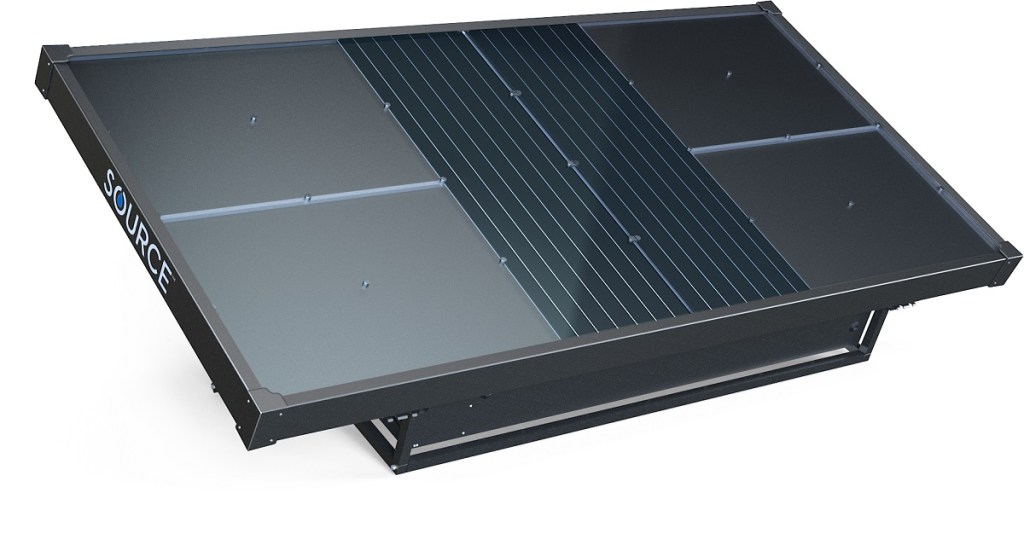 VentureBeat: What’s the backstory on how you figured this out, how to produce this water?

Friesen: With my last company, Fluidic Energy, which was the world’s first rechargeable metal-air battery — that’s now across five continents, many countries, and it’s been rebranded NantEnergy — as we were building that I was spending a lot of time in emerging markets, Indonesia and Central America and so on. These are places with 10 feet of rainfall a year. A fisherman who makes a couple hundred dollars a month has this exact phone and he’s reading New York Times articles. He has solar panels on his roof. And yet he might have nothing to drink.

The conception was–when we think about renewable energy, we tend to think about electricity. Could we take a broader view? Renewable energy in its best form is renewable resources. What’s the most constrained resource on the planet? Drinking water. Then it was back to the lab again. How do we think about the problem statement as, “How do we get all the way to perfected water that would work anywhere in the world, that would be the equivalent of the smartphone or the solar panel?”

If you want to make it work anywhere, it couldn’t rely on any type of grid, so it’s solar-powered. It couldn’t rely on high humidity conditions. We’re based in Scottsdale, Arizona. That means you can’t just rely on condensation, making a cold surface and letting it condense out. That works great at 80 percent relative humidity, but not so well at 10 percent. That invokes a materials science approach. And then thinking about–those are good technologies, if we can get it to work, but what, on the other side of that, will make this a human solution? That’s where the connectivity came in, making it transparent as to what the water was. That drove a lot of the thinking behind what became Zero Mass Water.

Where I thought was a relatively easy problem, around using hygroscopic materials that we know absorb water all the way down to sub-one-percent–these materials will take up a bit of water at very low relative humidity. Could we develop those in such a way that they do it very rapidly and consistently, and could we take solar thermal and apply that to those materials to drive what’s called a psychrometric cycle–I didn’t make that up. Psychrometry is the thermodynamics of water vapor in air. I don’t know if you remember something called a wet bulb psychrometer.

But those two sciences, the thermodynamics of water vapor in materials and the thermodynamics of water vapor in air means that panel, every second of the day, is solving an eight-dimensional problem to set the parameters of the panel so that we get condensation even when it’s five percent relative humidity. There’s an ARM processor inside taking a bunch of measurements and solving that set of equations.

The technology bit has many layers between materials, the architecture, the controls, the solar thermal, all of those pieces. On top of that, you have the data layer enabling us to see it all. In our network operating center in Scottsdale we can see all 18 countries where we’re currently installed, across all five continents. Everything from individual homes in Berkeley Hills and New York to schools in Mexico and Vanuatu and western Australia and Kenya. Syrian refugees in northern Lebanon. It’s across a huge range, which is exactly what we were trying to go after.