While many businesses are struggling to survive the crippling impact of the COVID-19 outbreak, others are seeing a surge in demand. The increased traffic spans bicycle stores, video-based social networking, and, perhaps unsurprisingly, “vice industries.” With social-distancing and self-isolation widely acknowledged as the best ways to counter the spread of COVID-19, demand for goods such as cannabis, alcohol, and even sex tech products are on the upswing.

Bars and nightclubs may be closed, but governing bodies recognize that people will need some form of escapism in the weeks and months ahead — which is why liquor stores are being classified as “essential” in U.S. states and across the U.K and can remain open.

Reports emerged last week that New Yorkers were ordering more alcohol, earlier in the day, with delivery services like Drizly recording a 450% surge in sales. Canadian cannabis stores also revealed a significant increase in sales as citizens prepared to hunker down behind closed doors.

Cann, an Oakland, California-based startup that sells low-dose cannabis drinks, told VentureBeat it has seen a 300% month-on-month sales increase in March, more than doubling the total units sold for January and February combined. Through on-demand cannabis delivery service Eaze, Cann said it has been doubling its shipments each week — in a typical week Cann sells around 500 units through Eaze, but last week it shifted 3,000.

With alcohol consumption generally decreasing in many markets around the world, the COVID-19 outbreak could be a veritable boon for the cannabis industry.

“During anxious times, people always turn to vices to keep things light,” Cann cofounder Luke Anderson said. “Drinking is where you’d expect most people to turn first, but drinking was already on the way out before COVID-19 — eight out of 10 adult drinkers in 2019 stated that they’re looking to moderate or reduce their alcohol consumption. With so many health-conscious consumers in the market today, vices that are ‘better for you’ are performing extremely well.” 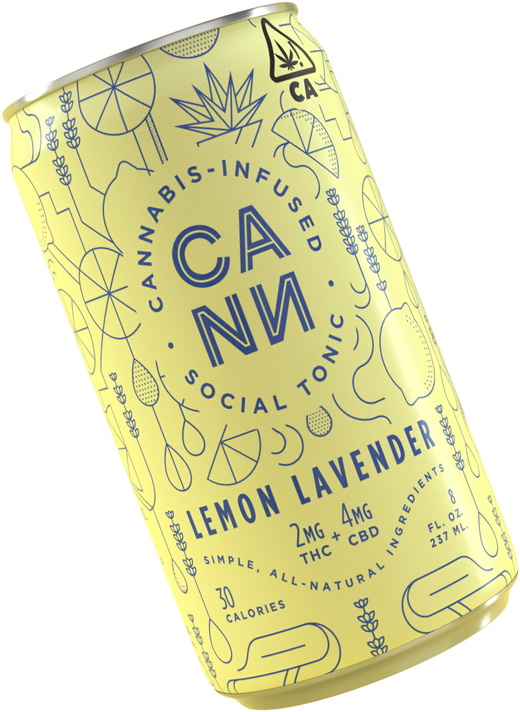 No hangovers and fewer calories could be one reason stay-at-home consumers are turning to alcohol alternatives, but it’s difficult to know whether this recent spike will sustain itself or plummet when the coast is clear. Certainly, Cann sees an opportunity to gain new customers, even if they initially sign up for the lockdown.

“There has been some hoarding behavior, and it’s not uncommon for consumers to buy hundreds of Canns at a time. We are seeing new customer growth roughly in line with total unit sales growth,” Anderson continued. “Given that we have a 30% month-over-month repurchase rate, all these new consumers are just as likely to be converted to lifetime loyalists.”

For now, Cann is ramping up its production capacity and “running continuously” at its plant to ensure that it has sufficient inventory, but it is aware that this could be a short-term trend.

“We are being mindful of cash and aren’t aggressively ramping up hiring, but working with a number of short-term contractors to support the surge,” Anderson added.

Elsewhere in the cannabis realm, San Francisco-based Kiva Confections, which makes various edibles, said it has seen an average increase of nearly 38% on its projected sales with the COVID-19 lockdown. 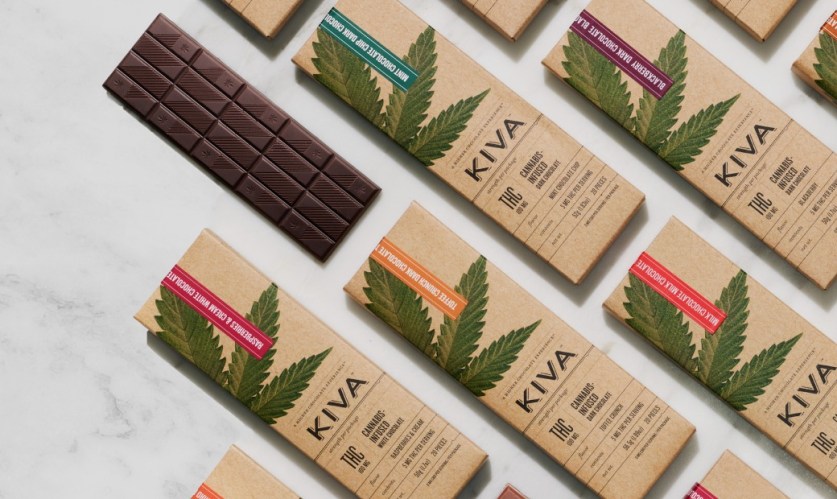 Catharine Dockery is a founding partner of New York-based Vice Ventures, a venture capital firm that focuses specifically on industries like weed, booze, and vaping. While the sales spikes may reveal something about the psychology of consumers amid the pandemic, the surge feeds into a broader panic-buying trend that has stripped supermarket shelves.

“I think there are also major concerns around scarcity,” Dockery told VentureBeat. “For many Americans, this is the first time they’ve gone to any kind of store and seen empty shelves. Trader Joe’s still has an hour-long line, but [stores] are out of stock on 75% of their products. That’s an experience that I think gets consumers wondering what else they might want to get now, in preparation for long isolation.”

Moreover, delivery and direct-to-consumer companies are enjoying an uptick in consumer demand, which will again benefit industries like those that deliver booze and weed.

“When you don’t want to go outside, you start asking which other portions of your life can be moved to online shopping, dramatically speeding up the trend that’s been largely driven by Amazon to this point,” Dockery added.

Vice Ventures closed its first $25 million fund last summer and has already made a number of seed-stage investments. These include Lucy, a company that sells nicotine alternative products and has seen a 50% increase in sales. The company said its data indicates that its sales uptick may have been a direct result of a news cycle suggesting a link between smoking and COVID-19 mortality rates. And then there’s Maude, which sells “intimate essentials” and said it has been sold out of its Vibe “personal massager” since mid-February. It has also enjoyed a 15% spike in lubricant sales — make of that what you will. The company added that in 2020 it expects to surpass its total sales by 200%.

In the cannabis industry, Vice Ventures has also backed New York’s Plant People, which saw sales grow by up to 40%, and Recess, which doubled its ecommerce sales in a week. Then there’s alcohol brand Bev, which claims Peter Thiel’s Founders Fund as an investor alongside Catherine Dockery in a personal capacity. Bev saw a 200% sales increase in a single week for its California Rosé in a can. It also launched an SMS-based direct-to-doorstep delivery in the greater Los Angeles area to keep up with demand.

So while some startups are having to adopt hastily constructed survival strategies during these tough times, others seem to be flourishing.

“COVID-19 has created a difficult environment for everyone and is a large-scale international crisis,” Dockery said. “Startups are especially hard-hit as a group because they often have short runways before funding is needed, and they’re often operating at losses as they try to scale. That being said, we feel that vice industries have outperformed the broader class of startups, and [we] continue to be firm believers in their potential for some top-class long-term performance.”

Platforms that enable remote working, such as Zoom, Microsoft Teams, and Slack, have also benefited from the COVID-19 outbreak, with share prices through the roof in some cases. But there is an underlying sense that such boosts are temporary and that business will return to normal once all this is over. Can the same thing be said for vice industries? Will COVID-19 increase awareness of all the ways to get high and have fun at home, or is this a short-term trend?

“My thought is that these spikes [in sales] are a bit of both,” Dockery said. “These companies are at the very beginning of their lifecycles, though, and are often looking to expand a category — any sort of increased exposure they get in the coming weeks and months will leave them in a much stronger position coming out of the crisis.”

Another potential outcome, as far as vice industries are concerned at least, is that COVID-19 could usher in a more open mindset in terms of how people unwind behind closed doors. What constitutes “moral” behavior is ultimately subject to shifting attitudes and legal landscapes, evidenced by the fact that it’s now legal to consume weed recreationally in 10 U.S. states and the whole of Canada.

“One major pattern we’re hoping to see is that consumers become more comfortable discussing with others the vices they enjoy within their own homes,” Dockery said. “Millions of Americans consume cannabis and alcohol at home. Having an extended period where nearly everyone is stuck at home could absolutely change social norms around how we look at those sorts of decisions.”