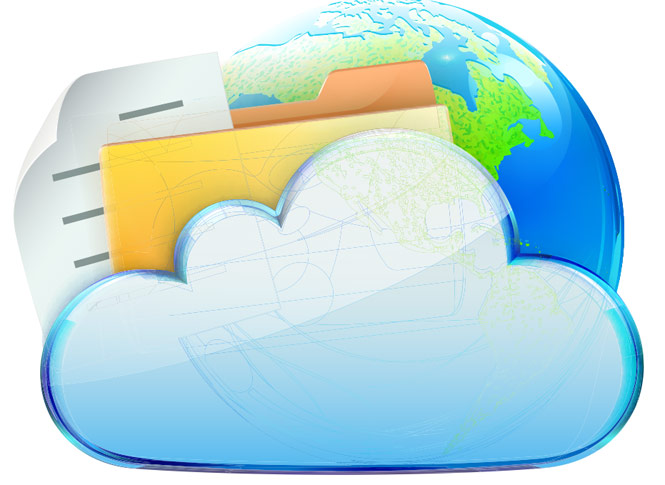 Over 50 million people currently use Dropbox, and users are adding files at a rate of one billion every 48 hours. But it’s not just viral growth, word of mouth growth, smart branding, and effective marketing.

That’s a little strange to modern ears, because in some sense it’s reminiscent of the bad old days of crapware: dozens of annoying pre-installed apps on new PCs, placed there simply because a software publisher paid the manufacturer.

Why do we need preloads in this age of virality and social media marketing?

I asked Lars Fjeldsoe-Nielsen, who leads global biz-dev for Dropbox, exactly that question. His answer was both surprising and informative, and made me reconsider some of my opinions on mobile user acquisition.

Fjeldsoe-Nielsen — let’s just call him Lars, shall we — told me that he had to fight internally at Dropbox to even open the topic with carriers and manufacturers.

“Most people were saying we’re doing fine with user growth right now … why do we need this?” 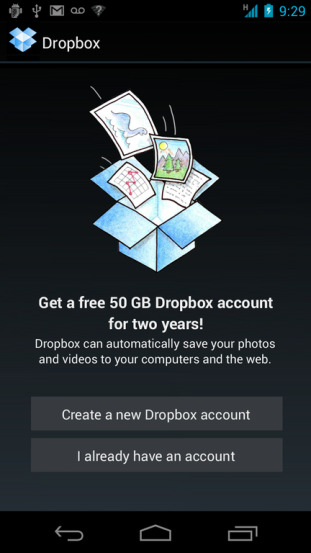 Above: Dropbox is included in Samsung Galaxy 3S onboarding

But Lars persisted, wanting to super-charge user growth acceleration. And the way he did it has added not just phantom users but actual real live recurring users: the holy grail of a freemium service.

“You have to prioritize the partners. And you have to make sure that they commit to you as well,” he said.

Dropbox only worked with partners who were prepared to make Dropbox part of their consumer value proposition … and even part of their marketing. For example, a carrier in the UK highlights Dropbox integration in its in-store displays as one of the key reasons why customers should select its phones.

And that’s the key word: integration.

Dropbox only worked with partners who allowed them to embed the software in the entire solution. That means that instead of an icon on the screen which users may or may not want, understand, or even ever open, Dropbox is fully integrated into the smartphone’s functionality. Photos taken are automatically uploaded to Dropbox, and synced to users’ desktop computers.

“One of the biggest problems is getting your content off all your digital devices,” Lars said in a Mobilebeat 2012 session yesterday. This solves that problem.

In addition, Dropbox signup/signin has been included right into the phone onboarding flow. So, as users are setting up their Android device with a Google identity, Dropbox set-up is right there in the middle.

“This is gold,” said Lars. “You pull out your teeth for that.”

If consumers are prior Dropbox users, Dropbox starts syncing their content to the device immediately … giving users an instant reward for signing in. In addition — and this is part of the value proposition to partners as well as end users — users get a free 50 GB Dropbox account for two years, simply for signing in.

I asked app developer Bryan Kennedy, chief technology officer at Sincerely, about this user acquisition strategy. Referencing his mother (for whom he is chief tech supporter and app installer), he said it was a smart way to access parts of the market: 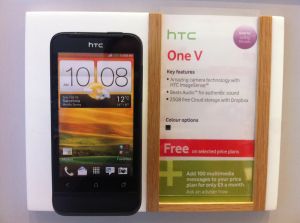 Above: In-store marketing with Vodafone

“Most non-tech savvy users don’t know how to install apps on their phones and never will. So for Dropbox to have access to those users … that’s an incredible opportunity.”

And it’s working for Dropbox, in spite of some pain, says Lars:

“Working with OEMs (original equipment manufacturers) can be a pain … but if you do it right, it’s definitely worthwhile.”

Dropbox has deals with both carriers and phone manufacturers, included Samsung, of course, HTC, ZTE (a Chinese white-label manufacturer of Android-based phones), Vodafone, T-Mobile, and others.

Naturally, all the deals are on Android. Dropbox hasn’t given up on iOS integration as well, but given iCloud, that may be a pipe dream.

Even so, the dream is pretty good right now for Dropbox.