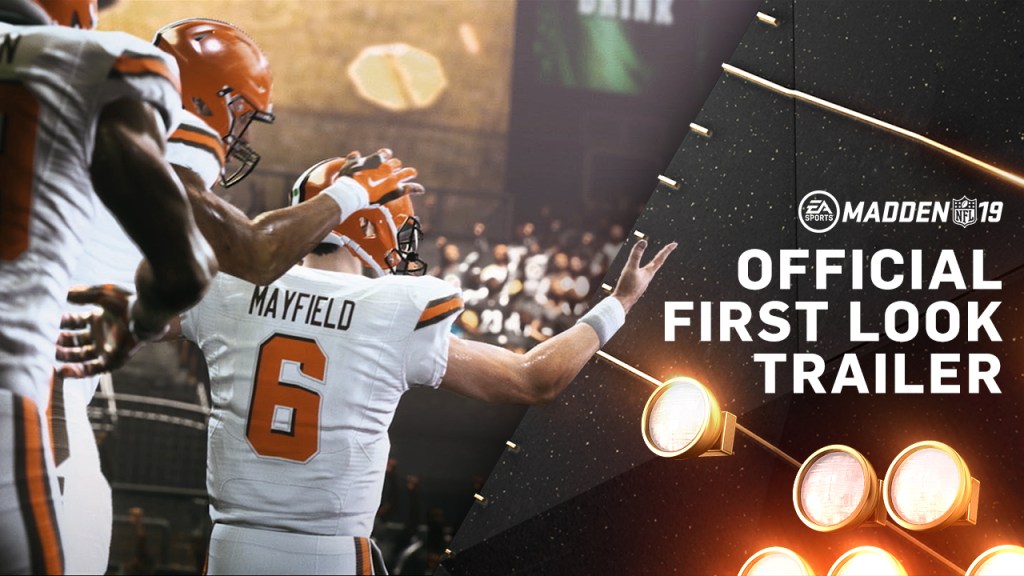 GamesBeat: Something like Anthem, it’s brand-new, but it seems to fall into this category where you can work esports into it, somewhere in the development cycle. I don’t notice anything in particular about that game that makes it more esports ready, but–

Bilbey: I’d say that while Anthem is a team-based game, esports has not been a focus or priority of that game design as it was created. There are other games—again, Battlefield is one we’ve spoken about. It’s in its nature, as we’ve released it historically. When I’m watching esports, the larger maps, too many players, it gets very confusing as far as what you’re doing or how you win. Oscar and that team have spent a lot of time at how we can redesign map size. We’ve learned a lot from the work we’ve done with Nexon to understand what length of game is right, what size of map.

But on Anthem, I would say that has not been a focus for that team. We have a game development framework, and we have a gate zero, which is, “Come up with an idea,” and then gate one, four to five months later, which is fleshing out that idea with features, with target audience. At that point we also ask a question about, “Is this going to have a competitive gaming focus?” We make sure there’s the right mix in our portfolio as well. Not everything is right for esports.

GamesBeat: The battle royale games, they don’t seem like obvious candidates for great esports either. It’s still just beginning, or going to begin. Watching 100 people square off against each other–

Bilbey: That’s the filter that I’d apply today. Is it fun to watch? Is it engaging for other people to watch? Whether they play the game or not–with many of the games that are successful in esports today, if you don’t play the game yourself it’s hard to understand what’s going on. I’d say there are many royale games out there that—I’ve watched quite a few, but you end up sticking with one person. I’m interested to see the event with Fortnite this week, how they curate that so you can follow it. I agree with your view. In its natural state, it’s hard for a viewer to follow that. But there’s certainly a lot of compelling, fun—we just need to come up with a compelling solution for it. 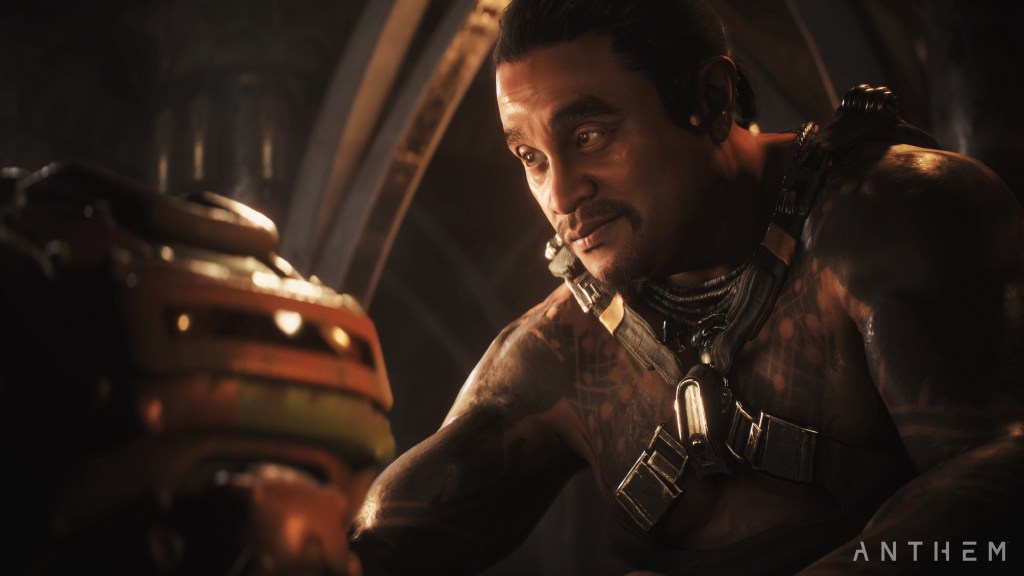 GamesBeat: What else is on your plate this week?

Bilbey: The purpose of taking over this role—we have different areas in the company that need to get more investment and accelerate our approach. Competitive gaming is one. Our strategy in Asia is another. Subscription and our platform, that’s another one. Right now those are the three big areas of focus. Focus is really the key word. It wasn’t that we weren’t doing anything on those before. It was just that they reported into someone where it was a tenth of their job.

My job now is to look at things and accelerate the path that we’ve just been talking about in competitive gaming. How do we get there in one year or 18 months instead of three years? How do we get Origin to a platform level where it really is best in class and ubiquitous, where it lives everywhere? How do we take that into Asia, where PC gaming in a premium form – PUBG, Fortnite, Overwatch – does play a role? Can subscription play a role? They’re really the focus areas. That’s taking up a lot of conversation that I’m having here.

Streaming is a big part of that subscription and platform conversation. Streaming has been a conversation since, what, eight or nine years ago? It’s back now. You can play it and feel it. I played FIFA next door on a smart TV, then paused and picked it up on a minimum spec laptop, then paused and picked it up on mobile. It’s very real. The technical hurdle that we need to overcome is the infrastructure, to make it accessible to a large amount of people in a cost-effective way. I don’t think we’re that far away from that. Then we’ll get to a place where the audience of gamers out there in the world will be 100 times what it is today.

GamesBeat: Would that mean you’d have to think about things like whether you want to own, with EA, television broadcasting or the mixer technology or other things that fill out the full ecosystem internally, so you can go out there with this? “Here’s a fully built-out unified approach to esports.”

Bilbey: It’s esports and beyond. The idea of having a solution to social – chatting in games, chatting outside of games – do we continue to build it ourselves, or do we leverage partners who have done it? The interactive broadcast I mentioned, we’re building our own solution, but there may be ways to bring in other options from outside to add more features.

Something that the games industry has started to see, that we’ll invest more in tomorrow than perhaps we did yesterday, is giving gamers the ability to create content themselves. Part of that could be content within our games, but a big part could also be content to deliver their own broadcast. I have an eight-year-old daughter and a 10-year-old son. Most of the content my daughter consumes is on YouTube Kids. It’s other girls and boys using video games in the background with their voice curating little TV shows.

There’s a very exciting opportunity for our gamers, and even beyond our gamers, to create content. That could be focused in the short term around competitive gaming. It could go far beyond that, whether it’s content to create their own programming or content to create their own games. When we talk to the Frostbite team and they talk about where our game engine will go in the future, that’s definitely in their thinking. It’s more than just delivering a game and playing it. There’s so much more content creation and social opportunity around that as well.

Bilbey: I think there will be many people who aren’t playing games that end up playing with games. They won’t be competing against you or me, necessarily, but they’ll use the media delivery, the tools that we give them—whether it’s creating their own games, their own content, or their own TV shows, that’s going to be a big part of the future. 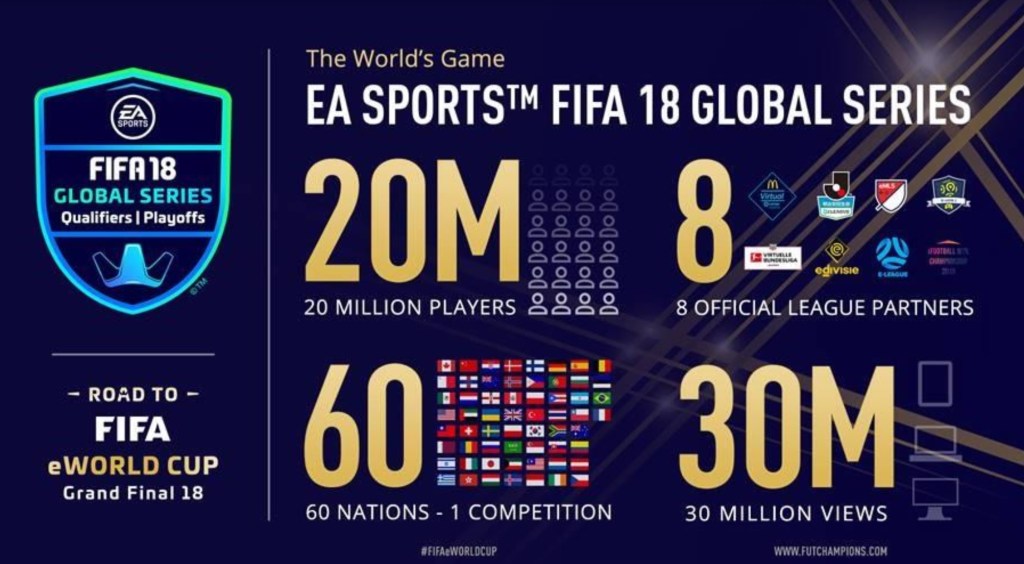 Above: The stats around FIFA esports.

GamesBeat: Have you figured out the external environment in some way now, maybe reacting to a particular part of it? Some people say there’s too much hype around esports, but a lot of things I’m writing about now, on a weekly basis, are big things happening in that space. In the last year it’s seemingly exploded. There’s more opportunity now to make money or make progress without as much boiling-the-ocean sort of effort.

Bilbey: The acceleration of esports, certainly as it relates to our games, will come down to the point of, can people who are watching it on the TV or on the internet—how many people can follow what’s going on and be entertained? Certainly as it relates to FIFA, or Madden in North America—if we can create something that’s compelling to view, that would inspire, if we do it well, people who want to play and engage with it as well.

It could be just one way. I enjoy watching the best players in the world and the broadcast content component. But if we do our jobs right, I might want to take part in that, be part of that. Whether that’s at a casual level, or if I want to become a competitive player myself, that’s really the curve of acceleration I see.

GamesBeat: EA could one day replicate the whole NFL for esports, I guess.

Bilbey: It’s a point in time. Unless you play Madden in a completely different way, you’re not going to get concussed. [laughs] But it’s very true. I don’t think we’re ever going to replace real-world live sports. There’s just something about that. But there’s a way of allowing more people to take part, and giving a path for more people to grow and see themselves accelerate up that pyramid toward the pinnacle. Certainly with FIFA, some of the best players in the world are actually some of the best players on the pitch as well.

GamesBeat: You could have a Kinect-like interface for that.

Bilbey: We’ve asked questions about how AR and VR will work within FIFA and sports. We’ve had VR running with FIFA and our sports games. It’s not a consumer experience right now. But the notion of—whether it’s AR on a table in front of you, where you see a stadium render, whether you’re playing or just watching the eWorld Cup final, I think there are definitely options that will bring even closer engagement to what’s happening on the pitch.

You never know. We’re technology partners with the Premier League, with FIFA. We did some work—when we did that deal a few years ago, we looked at—inside most Premier League stadiums, and we have it in North America as well, there’s a camera setup that tracks individual players. They track them down to limb level. We set up many games where we took that feed of the broadcast and, in real time, rendered it through our game, so we could deliver the Manchester United versus Chelsea game through our product.

It was 95 percent accurate. However, that five percent is where people don’t believe it. The real problem was when players came close together. The limb data had to be manually taken apart. But if that was now, in 10 years, 20 years, the technology and the work we do making video games, and the work they do delivering that sport—it’s all going to get closer and closer. We’ll enhance each other.