About 3.8 billion people in the world, or roughly half the population, currently lack internet access. The Telecom Infra Project (TIP), started by Facebook in February 2016, wants to bring the internet to all those who have yet to come online.

Connectivity gives people a voice and helps them find and share knowledge, strengthen economies, and improve communities, according to Facebook. But after bringing the internet to people in big cities around the world through wired and wireless connections, finishing the rest of the job is a lot harder. In the past year, global connectivity improved 8.3 percent, but at that pace it will be a long time before full internet inclusion is achieved.

Progress is frustratingly slow, but more than 500 companies have joined Facebook in this vast effort. The most significant expenses associated with a network are the ongoing costs of operations and maintenance. The Core and Management project groups are simplifying the core network architecture and improving efficiency and flexibility, and technologies from cloud computing to artificial intelligence are part of the solution.

All parts of the internet, from access devices such as smartphones to backhaul equipment to handle the loads of entire countries, have to be improved. The TIP group is delving into the technologies that have to be developed in the network to improve access, core and management, and backhaul. Groups such as Open Cellular, chaired by Facebook, are working to bring down the cost of telecom equipment so that internet access can become more affordable, particularly in hard-to-reach areas of the world.

I spoke with Axel Clauberg, chair of Telecom Infra Product and a vice president at Deutsche Telekom, and Aaron Bernstein, director of connectivity ecosystem programs at Facebook, about progress the group is making ahead of the TIP Summit 2018 event coming up in London on October 16-17. 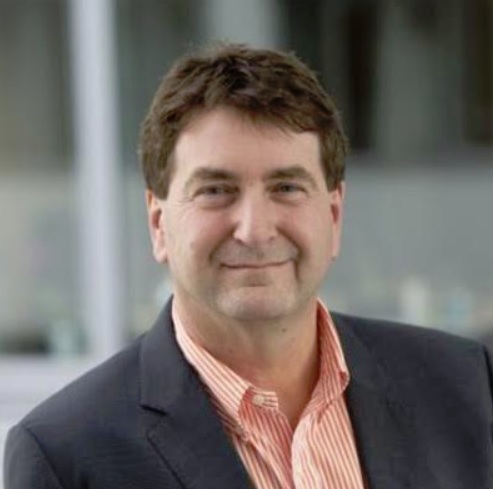 Axel Clauberg: In my day job, I’m within Deutsche Telekom’s strategy and technology innovation team. I’m responsible for our internet end-to-end architecture, as well as what we call the infrastructure cloud architecture that’s putting our service production into private clouds we’re building deep into our networks.

I got involved with TIP in the second half of 2015, when we had the first discussions with Facebook about how we can accelerate innovation for the telecom industry. We were working together as part of the Open Compute Project on data center topics. We started a discussion on how we could extend the overall telco infrastructure. I’ve been on the board of TIP since the very beginning, in February 2016. I took over as chairman when Alex Choi left in August 2017.

Aaron Bernstein: I’m very focused on Facebook’s connectivity efforts. A key component of that is the work we’re doing with TIP. We’ve been involved since the beginning, working with Axel and about 30 members of the telecom ecosystem. We launched TIP together in February 2016 at the Mobile World Congress. Now we’re proud to say there are more than 500 members of the TIP community. We’re excited about the growth and momentum we’re seeing. 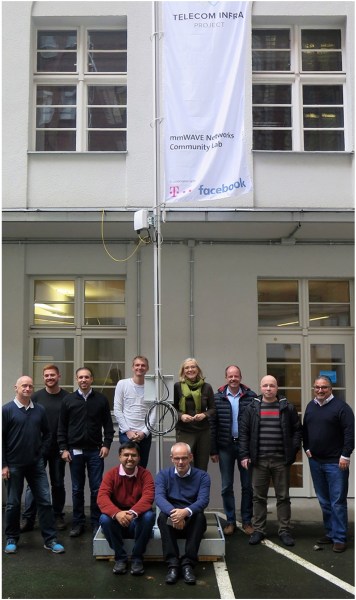 Above: TIP community lab in Berlin.

Clauberg: Let me start with the hardest problem. When we look at the telco industry, we’re facing exponential traffic growth across the board. That’s driven on one side by video, but also we see augmented reality and virtual reality driving up internet traffic.

In the past Moore’s law helped us, with all the developments happening on the hardware side. We were able to keep production costs under control through investment in new hardware offering higher performance at the same price. But with that exponentially growing traffic, our production costs are increasing, while in multiple markets the ARPPU, the revenue per user, is flat or shrinking. That’s not a good combination.

What we put against that from the TIP point of view is a new collaborative effort to speed up innovation for this industry. One of the early successes of TIP was work we did in our millimeter wave project group. That describes technology where, as the name implies, the wavelength is in the millimeter range and the frequencies are in a very interesting part of the spectrum. It’s an unlicensed part of the spectrum. Normally, when we’re building mobile networks, we have to buy the spectrum before we can offer services to our users. Here, within millimeter wave, there’s a large part of spectrum in the 60GHz range which is unlicensed.

Facebook started to develop some technology in this space and produced that under the name Terragraph. They brought that work into TIP and we had a very successful collaboration between Deutsche Telekom and Facebook in this space, leading the project group within TIP. That’s one of the key technologies for us to deliver broadband services to a large group of users in an area we don’t have enough fiber rolled out yet. 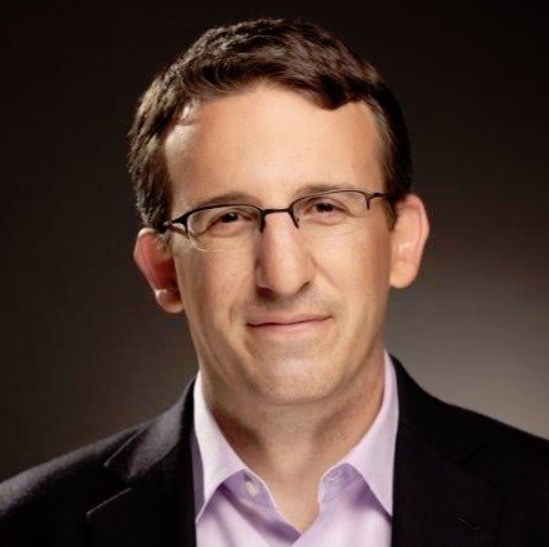 Above: Aaron Bernstein, director of connectivity ecosystem programs at Facebook.

Besides that, a couple of other project groups within TIP, whether it’s the open radio network area — Vodafone and Telefonica are pushing the development using off-the-shelf hardware to build to build radio access networks in a completely different way. All of these are examples of the move away from black box solutions we’ve seen in the market in the past, where the vendors have delivered products where you see a combination of hardware and software. We’re going toward a dis-aggregation. That’s one of the ways forward. We’re separating hardware and software. We can use the best of breed on the hardware side and likewise on the software side. This is helping accelerate innovation for this industry.

VentureBeat: To back up a little bit, where do these technologies apply? Is this at the cell tower, at the last mile to the consumer? How are they going to help?

Clauberg: The millimeter wave example is from the last mile. But we have other examples, like the open optical packet transport, which is right at the core of the network. In the service provider world we’re looking at the internet core, where we have very high end routers transporting internet packets with transmission speeds of 100 gigabits and beyond. We typically talk about the aggregation network, where from the core we have the link toward the access space, and then the access. But we need innovation across the board, in all of those domains, and we need innovation in the way we’re managing and operating our networks.

Automation is key for us as operators, to keep our production costs under control. It’s not just the various domains in the network. It’s also the question of how we’re managing our networks moving forward.

VentureBeat: Are some of these technologies what you might call dual use? Where they make the network better for everybody, versus making the network more accessible to people who have inferior access or don’t have access yet?