Already over its first 10 years, Facebook has done so much to get us to publish our memories and activity on its social network, but what will the second decade bring? Is there something more to the company than just a network of conversation? 2015 has been key in Facebook’s pursuit to bring about a new era of social that makes the world feel like a much smaller and more interconnected place.

Through the good times and tragedies of 2015, Facebook has been at the center of the conversation. “People found connections in the hardest moments,” company COO Sheryl Sandberg wrote in a blog post looking back at 2015. They “came together in ways we had never seen before, sharing news about refugees, raising money for those in need, and marking themselves safe during times of crisis … It was a year for activism and hope.” And for reflecting that activism and hope using profile pic filters. But that’s just one element of Facebook’s plan to continue growing its usefulness and reach. 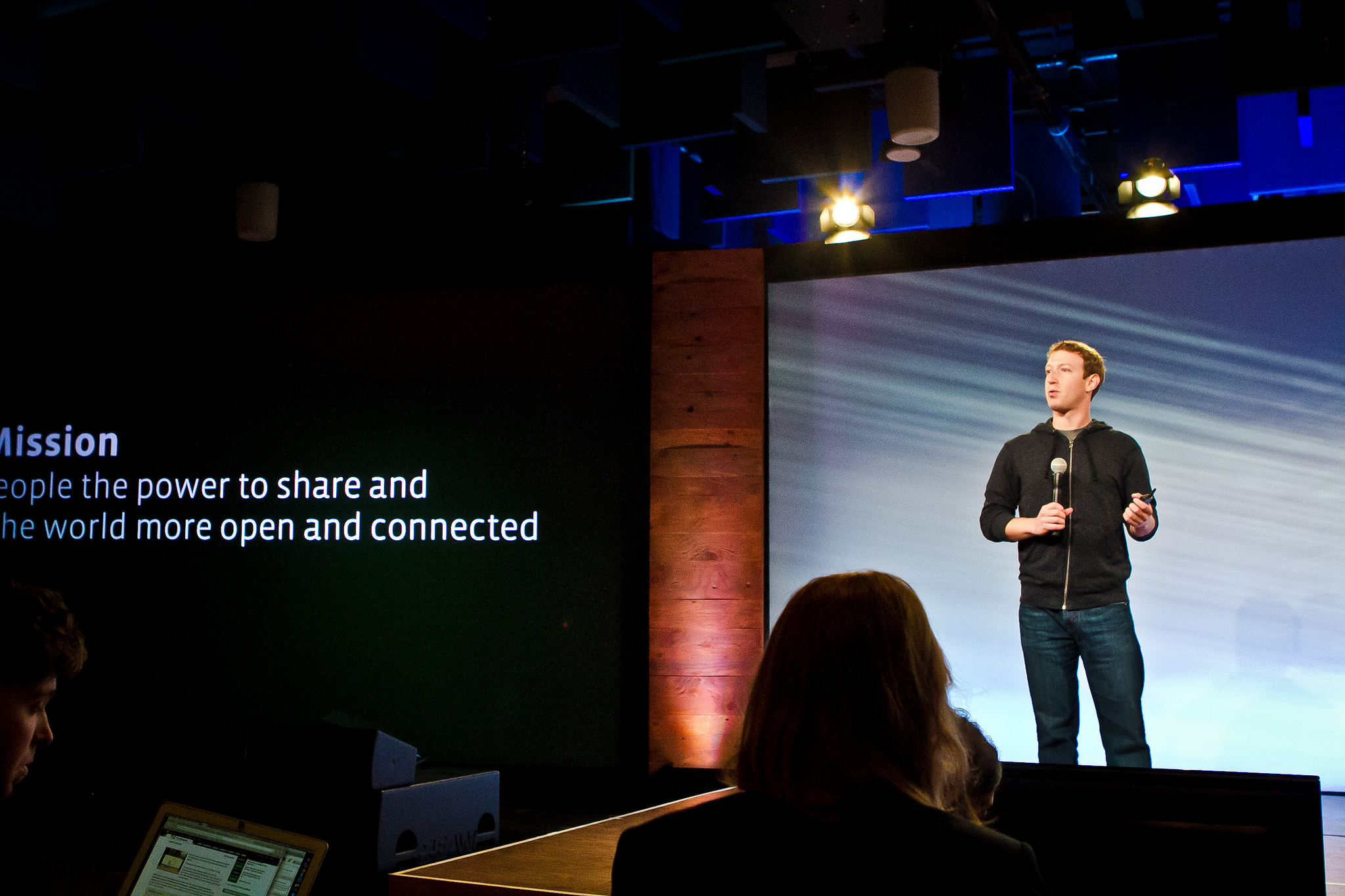 Above: Facebook CEO Mark Zuckerberg speaking at a press event on June 20, 2013 ahead of the launch of video support on Instagram.

While Facebook spent the past year improving its core business and apps like Instagram, Messenger, and WhatsApp, it also devoted a considerable amount of resources to Internet.org, a program it launched in 2013 to connect the “next 5 billion” people to the Internet.

Facebook has partnered on the program with some of the world’s top technology companies, like Samsung, Ericsson, Microsoft, Opera Software, and Qualcomm. Earlier this year, Facebook pivoted Internet.org to make it more of a developer platform, rebranding the main app as Free Basics. Facebook claims it has already connected more than 15 million people worldwide — a respectable number, though less than 2 percent of the total number of users the program is intended to reach. 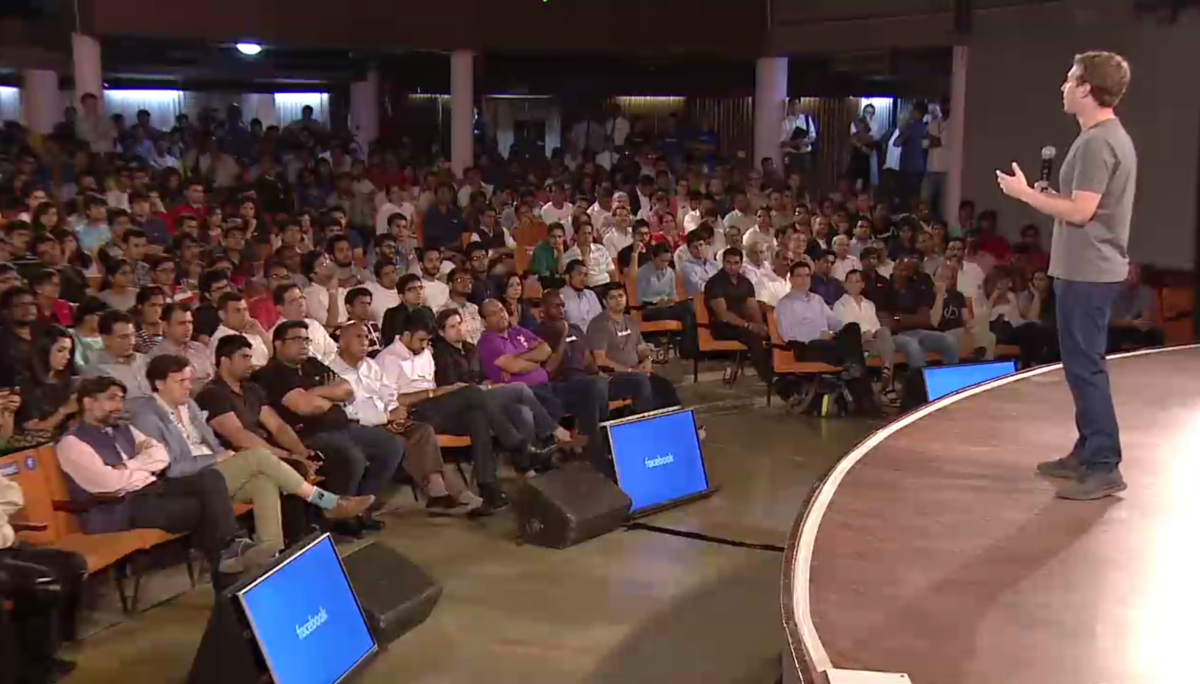 Above: Facebook CEO Mark Zuckerberg speaks at a town hall in India.

This year, Facebook focused its efforts to boost Internet connectivity on India, which, as the world’s largest democracy, has undeniably attractive growth potential. In a mutual show of goodwill, the country’s prime minister, Narendra Modi, visited Facebook headquarters during his trip to Silicon Valley, and Zuckerberg hosted a town hall event in India.

More than 130 million people currently use Facebook in India, out of a population of 1.25 billion. By 2017, according to KPMG and the Internet and Mobile Association of India, the number of people connected to the Internet in the country will reach 503 million.

Facebook has collaborated with Indian telecommunication company Reliance Communications in its campaign to make Free Basics available to everyone in India. But whatever its intentions, the company has also faced criticism that it violated net neutrality principles, prompting India’s Telecom Regulatory Authority to this month request that Reliance cease providing Free Basics in the country.

Besides Internet.org, the company’s efforts to connect people included plans to utilize massive Internet-beaming drones to provide Internet access at refugee centers. And while it does generate warm fuzzies, getting the next 5 billion people online is also about getting more people onto Facebook. 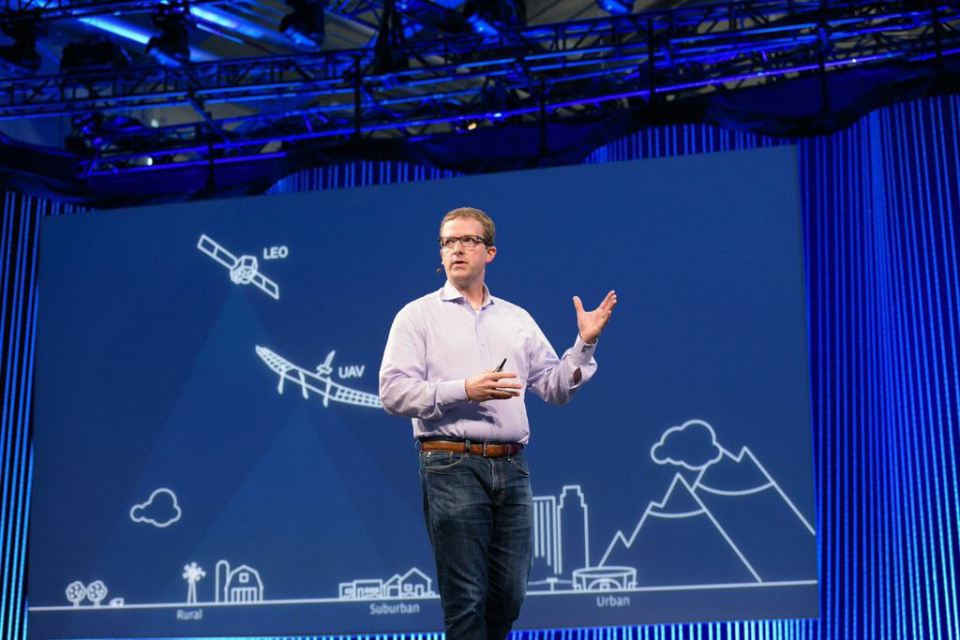 Much of this vision relies on Oculus Rift, the virtual reality technology company Facebook acquired for $2 billion. Zuckerberg has described the space as such:

Mobile is the platform of today, and now we’re also getting ready for the platforms of tomorrow. Oculus has the chance to create the most social platform ever, and change the way we work, play, and communicate.

Whether letting you compete against another player in a game, offering you a tutorial, or transporting you to a musical concert, sporting event, or different part of the world, VR is the future as Facebook sees it. But the company isn’t setting high expectations on sales of Oculus Rift devices yet: Zuckerberg believes that early sales will be small.

In the here and now, Facebook has rolled out a few updates aimed at helping small businesses connect to the mobile generation. Companies can not only promote their products, but also gather intelligence about who’s corresponding with them, issue appropriate calls to action, and better manage engagement.

This year saw the release of 360-degree videos, new advertising tools, and native news products that offer brands and publishers new ways to engage with audiences in both connected and emerging markets.

Through Facebook, consumers can look up recommendations for products based on what their friends have liked, reviews from billions of people, and ways to communicate with a company. Businesses can utilize a customizable presence on the world’s largest social network, targeted advertising, and interactive tools to facilitate conversations.

In short, Facebook has provided tools to entrepreneurs to promote their small businesses beyond the scope of traditional means or even Google. The move is good for Facebook because it benefits from the enormous amount of data it can capture from not only businesses, but people who are interacting with them. Among the feature releases is the capability for Page owners to employ a variation of a customer relationship management offering, the data from which will remain on Facebook.

So while the company has created incredible opportunities for small businesses, Facebook benefits from better-targeted information geared toward understanding who its users are.

Perhaps the biggest announcement Facebook made at F8 was the launch of its messaging platform, which allows developers to incorporate chat functionality into their apps. But the real surprise came a few months later, when the company revealed its own personal assistant inside Messenger, called M.

Only available to a select group of users in California for now, M uses artificial intelligence, but also relies on humans to respond to inquiries. This service could be interesting, especially since the social networking company has a treasure trove of information about users that could help it provide relevant results. 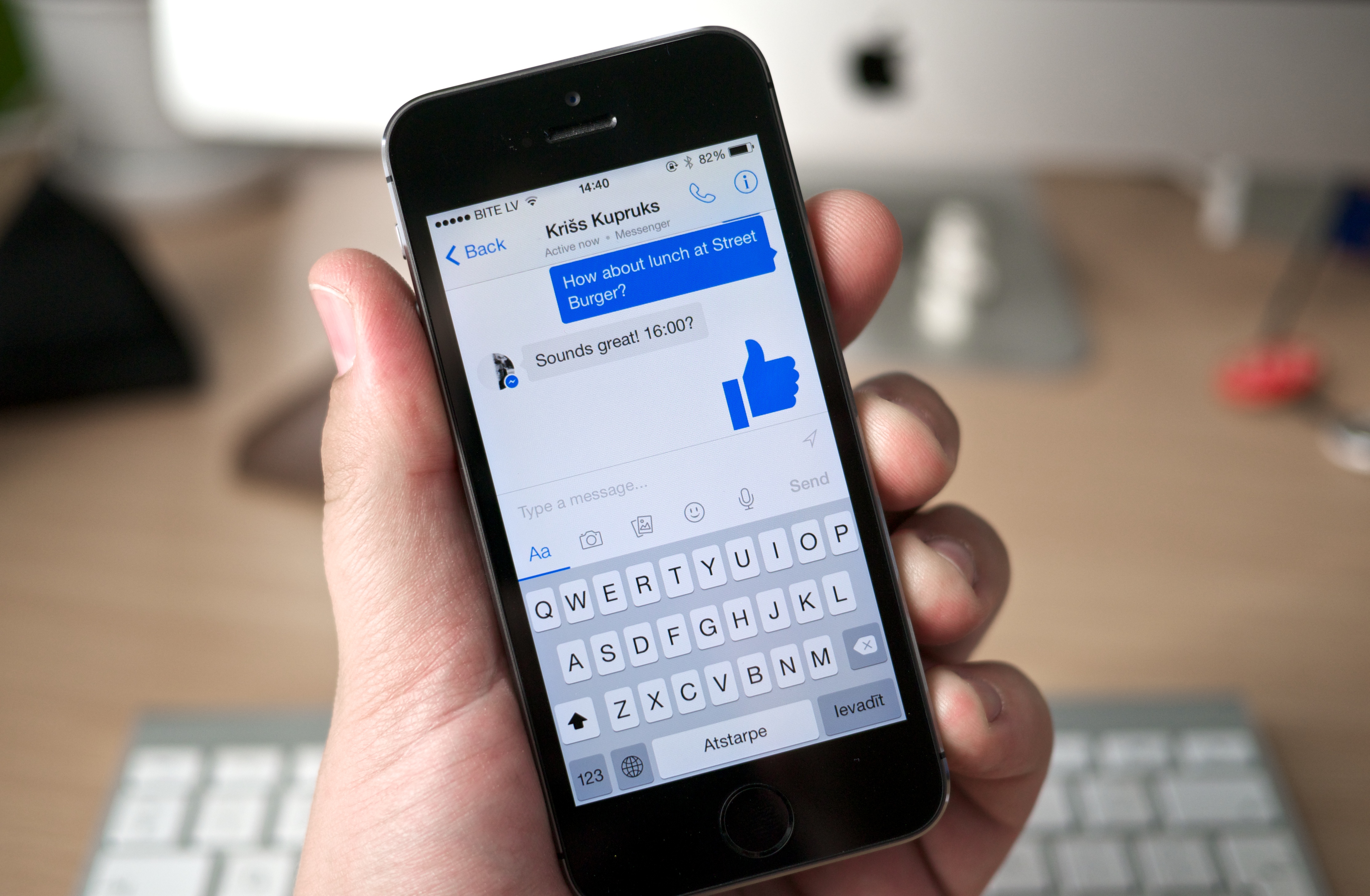 Should M find a way to scale up, this technology could bring us closer to our Facebook friends. For example, if I needed to buy a present for a Facebook friend, M could recommend a gift based on their interests, location, and a specified dollar amount that I’d like to spend.

The year 2015 was good to Facebook: Its stock broke $100 per share for the first time, giving it a market cap of nearly $300 billion. It will be interesting to see how the next 12 months shake out, though. With the early build of the Oculus Rift virtual reality device shipping in the first quarter to developers, we might start to see what games and applications could be possible and whether the device will meet expectations.

While Facebook will continue to advance its core product, it’s not going to stop working on new ways for us to connect. Next year could bring a further buildout of the Messenger platform that will help businesses communicate with their customers without resorting to the telephone or even email. And what impact will artificial intelligence have in helping us get stuff done?

Additionally, could Facebook make us rethink what it means to be social in the workplace? The company has announced a couple of key clients for Facebook for Work in 2015, but the service still hasn’t launched out of beta. How will it stack up against established entities like Slack, Yammer, and Salesforce Chatter?

2016 will continue to see Facebook improve on how brands and developers can advertise to users, something that has been a cash cow for the company — in the third quarter, it generated $4.29 billion in revenue through ads. It’ll likely also work to improve its support for FbStart and help developers build more apps that leverage its capabilities, including sharing, authentication, and more. And of course, there’s going to be continued emphasis on Internet.org.

We can probably expect the world to not only get smaller, but also to interact in a much different way.