GamesBeat: If you miss a checkpoint, you get reset? 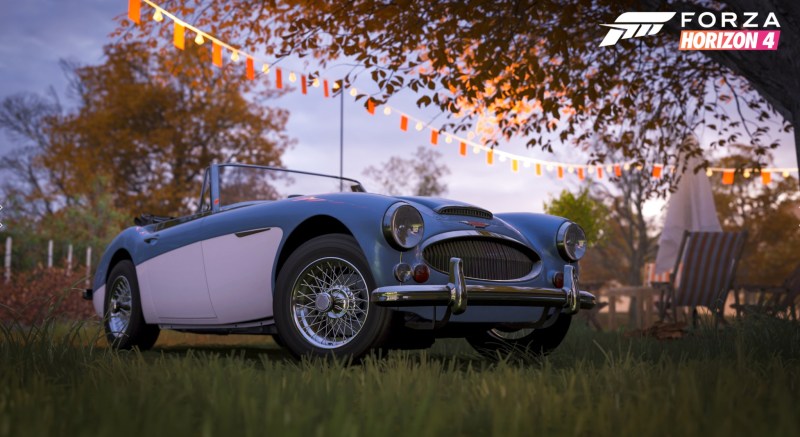 GamesBeat: It seemed to offer a liberal interpretation of whether you go through the flag, though.

Fulton: The checkpoint system is just a necessary construct of the way we make races that can go anywhere. Also, it’s almost doubly important now that we’re introducing the route creator. You’ll be able to build your own routes using the flag checkpoint system. We try to err on the side of the player whenever we can. You really only have to clip the edge of it with the outside of your car and we’ll let you get away with it. And you can always do the rewind.

GamesBeat: How does it go on the other end, where it’s satisfying for the most hardcore players?

Fulton: Again, that just comes from depth. You can switch off the assists. You can benefit from that. You’re going to get increased rewards as a result of making the difficulty harder for yourself. But there’s probably a bit more authenticity in our tire and suspension modeling this time. Which is not to say anything particularly deep about our physics. It’s more just that you’ll feel the different surface types. There are more in this game than there ever have been before.

GamesBeat: I didn’t spend too much time creating a character, but is that somewhere you’ve focused as well?

It felt like an important thing as we moved into the shared world concept, where you’re not alone in the world anymore. You’re with other real people, and that sense of having an identity, being able to stamp your personality on your character and your presence in the world, that becomes more important than it was when Horizon was a solo experience.

GamesBeat: And the same for the cars as well, over time?

Fulton: Oh, yeah, absolutely. We’re always looking for new ways to allow our players to express themselves. Last time you could set up your personalized license plate. We add new things with each successive game which just immerses you more in the world that you’re inhabiting. 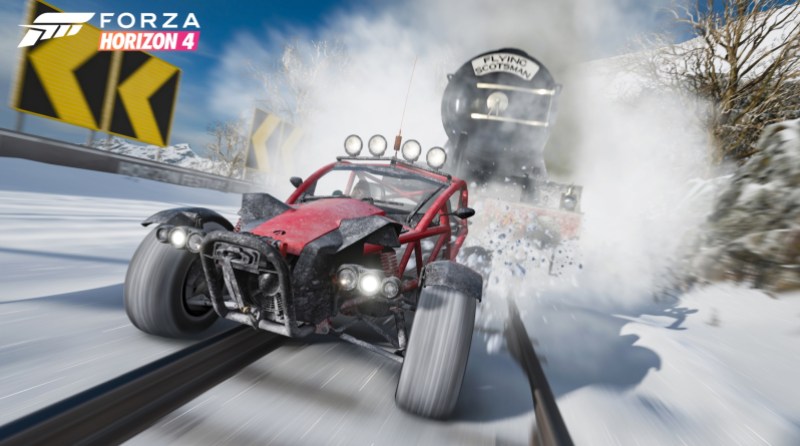 GamesBeat: What are some of your favorite things about each of the seasons?

Fulton: I could reel off a laundry list of things that are different in each season, but I’ll give you the more personal, experiential take on it. The most magical thing about the seasons is when they change. It doesn’t really matter whether it’s autumn to winter or spring to summer, so much as the fact that you’ve been playing the game — we play on this cycle in the dev studio, so we’re playing the game for a week, and then it changes. It’s like your game is new again.

You get that feeling you get when you put a game in for the first time. Everything is new. Normally you never recapture that, because a familiarity sets in. The great thing about seasons is that on a weekly basis, our game almost becomes new again, and that’s something that will make you think differently about the Horizon games, but it’s also going to make you think differently about open world games as well. It’s the reason we’ve chased this holy grail for a number of games now. This is the first game we’ve attempted it and taken it on, but it’s why we’ve been going after it.

It’s not just because, hey, different weather, people will love that. It’s about the sense of being in an open world. We’re trying to immerse you in a place where you actually feel that time is passing and you have a presence in an evolving world. It’s not just a static snapshot of a world, that Groundhog Day effect.

GamesBeat: Different things affect your driving that you have to master.

Fulton: The balance with all the seasons is, one, reflecting what that season is like and making sure it’s different, but on the other hand, also making sure you can still do all the things you want to do in a Horizon game. We’re not gating anything away because of a season. We’re not saying that you can’t take that supercar out this week because it’s winter. You still need to be able to take your cars out, go real fast, and have all the experiences you love about Horizon. We’re still about that breadth, about that chocolate box design mentality, whether you’re in autumn or winter.

A lot of people said, after Horizon 3, and I think a little unkindly, “How are you ever going to top that?” Honestly, if enough people say that to you, you start to think — I always believed in the team’s ability, in the team’s hunger for improvement and evolution. This game bears that out. It’s the best game we’ve ever made, the biggest and the most ambitious. The way the team has executed is phenomenal. I can’t for people to get their hands on it.