When Riot Forge came calling at Double Stallion Games in Montreal, they didn’t say what it was for. They asked the game studio to make one of its signature 2D action platformer games. Only later did they find out that the game would be set in the League of Legends universe.

Conv/rgence: A League of Legends Story is one of 10 announced games and projects that Riot Games unveiled in October. The projects are intended to enhance or diversify beyond the decade-old League of Legends free-to-play multiplayer online battle arena (MOBA) game, which still has more than 8 million concurrent players.

Double Stallion is making its game as a third-party developer, working for Riot Forge, a new publishing arm of Riot Games. Riot Forge wants external developers to bring their own style and feel to the Riot universe. It is also a way to lift small game studios to greater prominence by getting them to work on one of the biggest franchises in the world. 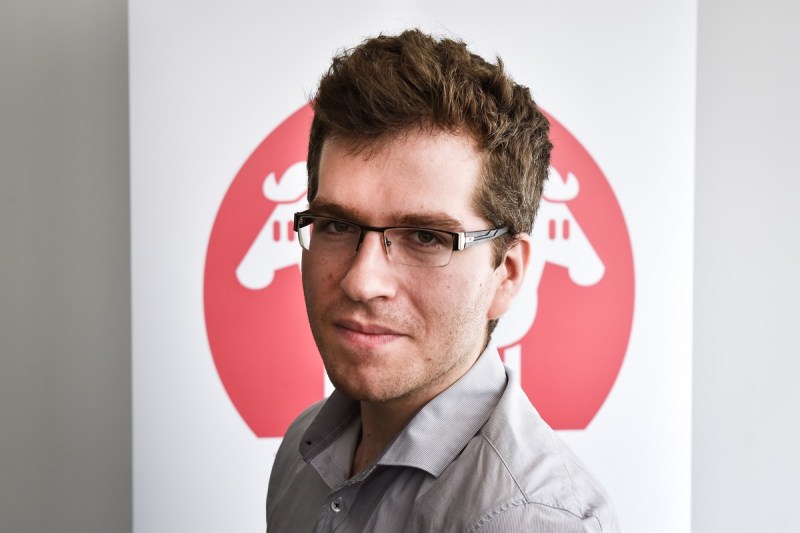 Above: Daniel Menard is CEO of Double Stallion.

“Our Riot project has been an awesome step forward for the studio,” said Double Stallion CEO Daniel Menard in an interview with GamesBeat. “So far, it’s been a joy working with Riot Forge. We’re getting super support. They are looking for games that are creatively led by studios. It’s a League of Legends game, but with our Double Stallion studio’s stamp on it.” 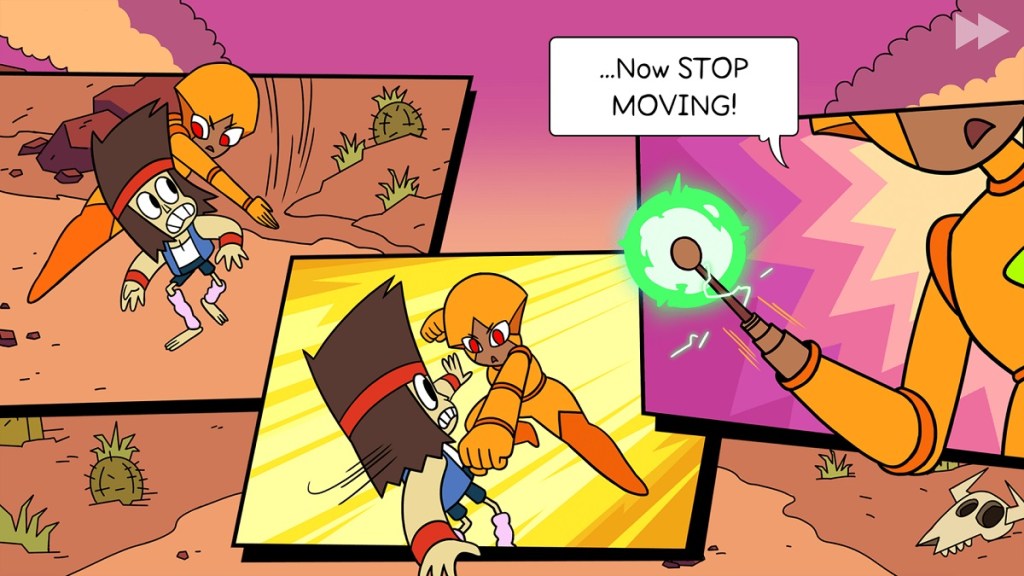 Double Stallion was born in 2013, founded by Dan Menard and others with game experience. Menard started making mods for games like Half-Life 2 with a community of people. The team joined an incubator program run by Execution Labs, and began working on their first game, Big Action Mega Fight, a kind of top-down view game that resembled Streets of Rage. It debuted on mobile and PC as a free-to-play title, but the monetization wasn’t that good, so the team changed it to a premium paid title.

“We were struggling to monetize an action game,” Menard said.

Cartoon Network found the studio at a Casual Connect conference and commissioned it to make OK, K.O. Lakewood Plaza Turbo, another 2D fighting game with a cartoon look. The group had a kind of kinship since many of the game developers came from a TV and animation background. The game debuted on iOS and Android, and it tapped into a fan base that had an appreciation for cartoon-style art. 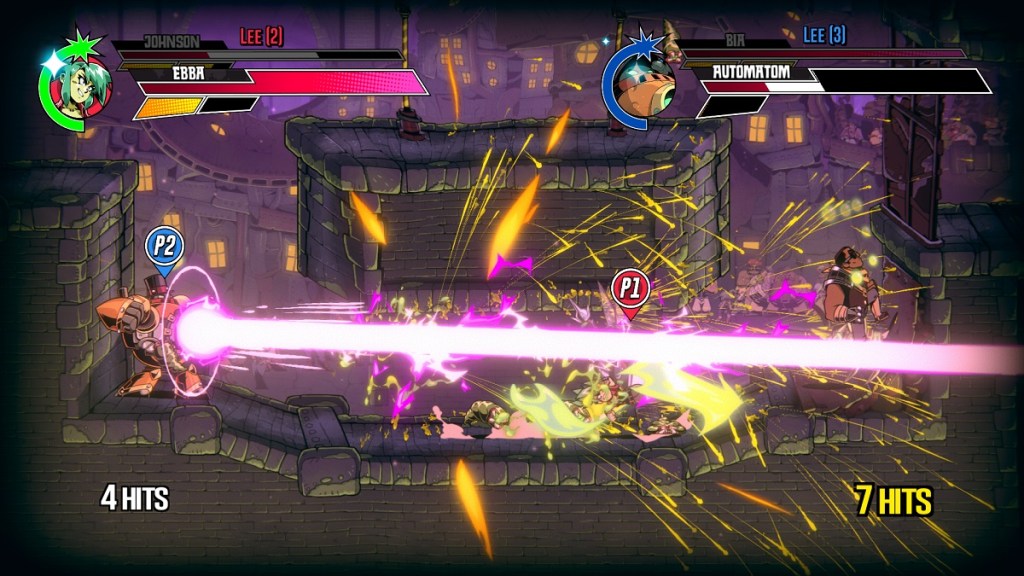 “It was a really big deal, and we were working directly with the creator to launch it,” Menard said. “That gave the studio the kickstart it needed to be a serious business.”

Lee Thomas joined as creative director a few years ago to help create Speed Brawl, a new intellectual property that the company released as a 2D action fighting game on the consoles and the PC. Thomas had a background in TV and film, and he wanted to transition into games. He helped the company spruce up its creative direction when it comes to narrative elements.

“We wanted to grow the team and make sure we were hitting the kind of art, storytelling, and tech and make it all come together,” Thomas said.

The company studied the market to figure out what kind of games were succeeding when it came to graphics, speed, and sound. And it built Speed Brawl with everything it learned.

“It was lucky that Riot Forge saw in that project exactly those kind of pillars it wanted to hit,” Menard said. “It’s quite nice to get validated for that.”

Double Stallion got funding from the Canada Media Fund (CMF) and spent three years on Speed Brawl, which started with a team of just eight people. They pivoted from a puzzle platformer to a a crazy Victorian action fight race game. O.K., K.O. reached more than a million players, but Speed Brawl stumbled out of the gate, and it didn’t get good support, Menard said. On Steam, the numbers hit maybe 30,000 copies sold, and numbers on other platforms were also disappointing.

“We didn’t get the promotion to reach a very big audience,” Menard said. “There was a sense that, hey, if this game doesn’t take off, then the studio is going to have to double back on something else, or we have to figure out like some other solution. But we still felt it was the right decision because it was pushing the production values and we wanted to make games like this. We were pretty much ready to shut things down. We were on our last legs trying to figure out what to do next with the studio. It was crushing. There was a dark time for the studio.”

The team felt like the game hit a high quality level, but it didn’t have marketing. Double Stallion pitched a backup game to see if anyone would fund that. And it entered Speed Brawl into a contest for the Independent Games Festival, on a whim. 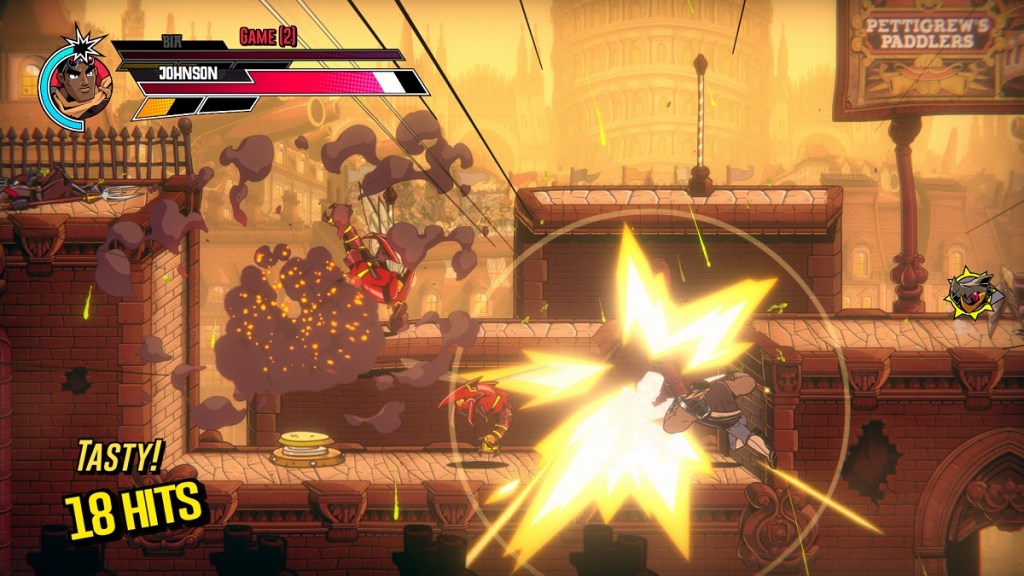 It so happened that a producer at Riot Forge was one of the judges. They started talking and Riot Forge asked Double Stallion to start working on a game. That saved the studio.

“It was complete luck that we put the game into the IDF,” Menard said.

“We were in a paralyzed state and wondered if we should do it,” Thomas said. “Should we do this game festival? And we said let’s drop the $50 on it and send it off. It ended up being this very bizarre, serendipitous journey.”

Eventually, Riot Games told them that the game would be based on the League of Legends universe. The game trailer was revealed at The Game Awards last December. 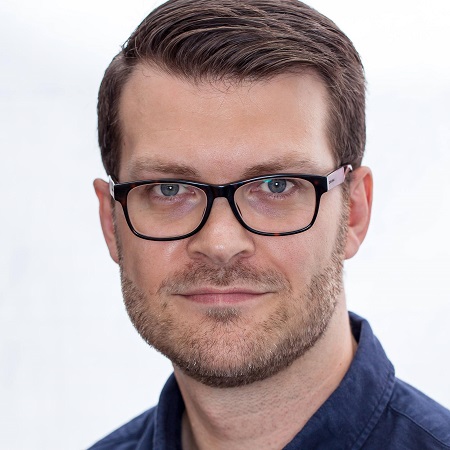 Above: Lee Thomas is creative director at Double Stallion Games.

The studio has now grown to 25 people, and it has been working on Conv/rgence for a while. In Conv/rgence, players will explore the world of Zaun as Ekko, a young inventor (and League of Legends champion) with a device that manipulates time. It’s an action platformer adventure game that explores the universe of League of Legends beyond the MOBA genre.

“We felt like we finally cracked it and then just pushed forward,” Menard said. “It’s more edgy, detailed, and the characters are more complex.”

Double Stallion was also able to work on an iOS game dubbed Loud House: Outta Control, a new game for Apple Arcade. The vision for the studio is to work on a high quality level — it doesn’t just want to churn out work-for-hire games.

“It’s about putting creative first, aiming to punch above our weight, doing more with the resources we have, and trying to push the envelope,” Menard said.