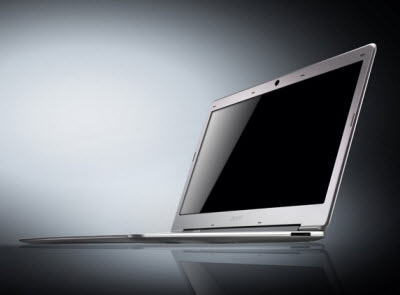 Intel may be focused exclusively on making and selling chips, but that doesn’t mean it has its eyes closed to the rest of the technology market. The company has to make sure the ecosystem around its chips and the markets for computers and other electronic gadgets stay healthy. The result is some serious market research into what technology consumers want.

Intel’s research delves into ethnography, or the social science of observing people and how they behave in their everyday lives. Two of the top Intel people doing this work are David Ginsberg (pictured first below), who runs the Insights and Market Research Group at Intel, and Tony Salvador (pictured second below), senior principal engineer at Intel’s Experience Insight Lab.

I caught up with Ginsberg and Salvador recently over lunch together with a few other reporters, and we asked them about the kind of research they did for Ultrabooks — a category of fast, tiny laptops that resemble the MacBook Air. Dozens of Ultrabooks will be on display at the upcoming Consumer Electronics Show, where Intel chief executive Paul Otellini is giving a keynote speech. Here’s what they had to say:

Question: Tell us about your Ultrabook research.

We’re the company they know about, the maker of the chip that provides the most value in what they’re buying. But we all know in the real world that when they go to buy, there are a lot of other dynamics going on. We really wanted to take a deeper dive. Maybe they’re telling us speed matters because that’s the only word they know and can verbalize. But maybe there’s something else going on.

So we tried something different from market research surveys or focus groups. We used approaches that are based on understanding the emotional side of things. These tools were based on psychology and neuroscience, to get at the underlying emotions that we can’t really get in traditional survey work; and from that, we did a big project worldwide. We learned some pretty startling things that made us start to look at things differently.

We have a culture at Intel of thinking about performance, meaning speed and gigahertz and that kind of stuff. But what really came out of the study is, when people think about their highest performing computer experience, they verbalize that with the word “speed” because that’s the only word they can come up with. But that’s not actually what most people are thinking about. When we ask people to describe their experience,  it was an experience of “flow.” It wasn’t just one thing. It was about the entire experience of using a device. It turned out to be much more about this notion of being in the zone or the moment — being in the “flow.” (Flow is the mental state in which a person is fully immersed and energized in a state of concentration). 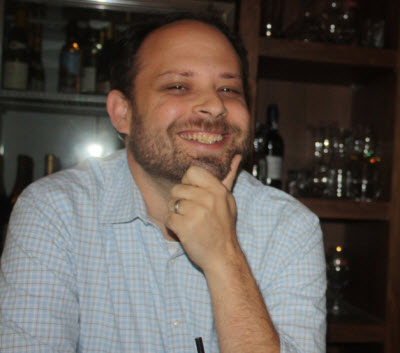 DG: It’s almost like the technology disappears and you’re just one with your content, with what you’re trying to do. You might have only had five minutes, but an hour goes by because you’re so engrossed in what’s happening. When they’re talking about performance, it’s that experience that they’re thinking about, which is a very different notion than just amping up the speed.

And so this notion arises. How do we enable flow? How do we enable this uninterrupted seamless experience? Because what happens is, as soon as the video gets jaggy or that hourglass comes up, and it pulls you out of that flow experience, you suddenly remember oh, I should be mowing the lawn, or I should be doing the dishes. It jolts you out of the experience you’re having with your device.

That was a big realization for us as a company, and not just from a marketing perspective but from a product perspective. We really want to enable great experiences. We have to enable this notion of flow — or, as we translated it to our engineering community, to make it a little bit easier for them to wrap their heads around, this notion of “responsiveness.” Responsiveness is a bigger part of performance than anything else. So we started talking to engineers and the PC group about how to enable some new computer experiences.

This notion of flow is really at the heart of the Ultrabook. The Ultrabook obviously is a physical manifestation of the newest thin-and-light devices. But when you look at the four vectors that define the Ultrabooks from our perspective, it was more than just that.

Q: What are the four vecyors that define the Ultrabooks?

DG: Responsiveness was one of the key vectors. That’s why you see things like instant boot-up and all the other responsiveness features built into it.

Mobility without compromise was the second piece of it. People love the mobility their tablets provide for them, but there’s a desire for the performance that they’re used to in a traditional computer.

The third vector for Ultrabooks was the design that reflects me. Obviously, thin and light plays into that. Style and the looks of these things really matter today.

The fourth was security. We’re seeing this desire for security and the willingness to value it and actually pay for it, which is a huge shift in the way people are thinking about computer devices.

That was how we approached Ultrabook. It was really grounding how we thought about this and consumers’ needs, as opposed to just going about designing the next CPU architecture.

Q: With the design of the Ultrabook, all Intel really had to do was look at Apple’s MacBook Air, right?

DG: Well, that’s why we say it’s more than just about the thin and light. Obviously that’s a key piece of it, and there’s no doubt that the MacBook Air has shown how important it is; we’re proud of Intel’s role in the MacBook Air — in helping power it. There’s no doubt that thinness in general is an important thing in today’s market. But things like enabling responsiveness, enabling the security — those are huge parts of what we are trying to do.

Q: This research is all going on during what time period, relative to the launch of the MacBook Air?

DG: This performance research was end of 2009, first half of 2010. When we did that research, which got us to the notion of flow, we weren’t really thinking about four vectors. Over time, we had this notion of how flow applies to all technology devices. Whether you’re talking about a smartphone or other devices, flow is important. People want the technology to fade into the background so that they can focus on what’s important for them. I would argue that’s a truism across technology today.

Q: Can you see this flow ever becoming formalized or standardized like a service-level agreement for how well your technology or device works or your computer works?

DG: It’s actually really interesting, and I don’t know that I’m the right guy to go into all of this part. But a lot of folks in both the labs and in our benchmarking groups within the company are looking at, “How do we quantify this?” You move to some base metrics that measure the experience. How can you create an experience of base metrics that would allow us to actually do that? They’re doing some interesting work on that. 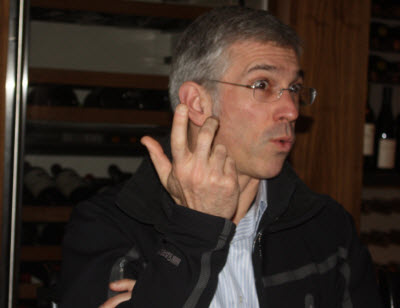 Tony Salvador: I look after the social sciences. And it’s our job to try to figure out what kinds of experiences people might like and how to design for them. We have a team of people who actually do what’s called “psychophysics.” It has been around since the late 19th century, and what they do is actually match physical capabilities like frame rate on video to perceived quality. You can chart that and you can see, “Is the framework slow?” I can still see frame, frame, frame and at some point, the single still image turns into a moving image, based on how my eyes and brain perceive it.

They actually do quantify the experiences in terms of these physical to perceived relationships and think about applying that then to a service-level agreement, for example, of I’m watching a video on my TV, remote control thing, or I’m downloading some data or something like this. To quantify that in the context of a flow experience is a very interesting proposition.

DG: And that is what some of the benchmarking folks are looking at. How do you do that? We came out with this research and we were so excited about it and we went and talked to some folks in Tony’s team and they were like oh, that’s just perfect.

TS: So they’re doing it from like a physical point of view, right? We look at the flow experience from a psychological view. There’s been a lot of research and brain study on flow. The science they call “brain work” has been really coming along, and people are understanding more and more about how the experience really works. It turns out you can be interrupted for about a minute when you’re doing some sort of writing. That’s when you are deep into it. Somebody can bother you quickly, you can answer them and go back to your work. Your brain structure is still in place to get you right back into it again. If it’s more than a minute, then it takes about 20 minutes to get back into that flow.

DG: What was interesting about the concept of flow is that it wasn’t meant to be applied to technology.

TS: That’s right. To do the work that your team did sort of questioned what performance means. From that point of view, it was really interesting work for the company as a whole.

Q: You can apply that to video games as well. Jane McGonigal talks about that in her book, Reality is Broken.

TS: They do apply the theory of flow to games. It turns out that flow, when you look at it this way, is actually this edge between order and anxiety. It’s that knife-edge when you’re working on something that is right at the edge of your capabilities, or you’re still able to do it but it doesn’t go off into the really high anxiety mode of, “I don’t know what to do. I can’t do it.” That’s the edge where people are just sort of totally engaged in games and can’t stop playing.

On technology and flow, we heard this coming out of the work we did with real people. It’s like when you’re giving a great presentation. You’re giving like the hardest presentation of your life and people are shooting questions at you and you’re just answering them left or right without having to stop and think. It just all flows.