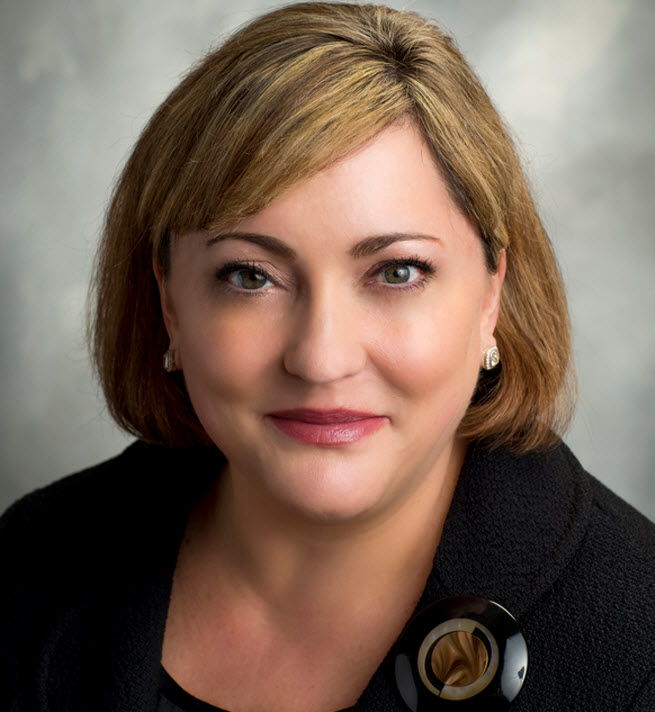 Renee James became the president of Intel today. That’s the highest position a woman has ever held at the world’s largest chip maker. Alongside new CEO Brian Krzanich, James will be part of the two-person executive office running Intel. She rose to that position through tenacity and leadership during a career at Intel, but she was also part of a very exclusive club.

The 25-year Intel veteran was one of the early young employees who served as “technical assistant ” to former chief executive Andy Grove, the hard-charging leader who went by the motto “Only the Paranoid Survive.” In that position, she was not just an executive assistant. Rather, her job was to make sure that Grove always looked good and was up-to-speed on his personal use of technology. She helped him prepare his PowerPoint presentations and orchestrated his speeches. As a close confidant, she had close access to one of the most brilliant leaders of the tech industry.

Intel’s executives needed technical assistants in the way that contemporaries like Bill Gates, who grew up as a programmer, did not. Intel’s leaders were technically savvy manufacturing and chip experts, but they were not born as masters of the ins and outs of operating PowerPoint. So the company developed the technical assistant as a formal position, and each top executive had one. That position has turned out to be an important one; executives mentored younger, more promising employees. These employees then moved on to positions of great authority within Intel.

What makes James’s career so interesting — and a stand out — is that unlike Intel’s early leaders, she wasn’t a chip engineer or manufacturing executive. She has an MBA from the University of Oregon, and she pitched no-chip businesses for Intel to enter and became chief operating officer of Intel Online Services.

James will start her new position on May 16 and will report to Krzanich.

James served under Grove for a longer time than most technical assistants did, as she proved indispensable to him. James said that she learned a huge amount from Grove, and she took lots of notes on the things that he said that made an impression on her. Paul Otellini, the retiring CEO of Intel, also served as a technical assistant for Grove. The technical assistant job was one of those unsung positions that required a lot of wits. James had to pull together lots of Intel resources to set up, rehearse, and execute Grove’s major keynote speeches.

She was eventually given the more impressive title of “chief of staff.” During the dotcom era, she moved out on her own to set up an ill-fated business. She was in charge of Intel’s move into operating data centers that could be outsourced to other companies.

Under James’ plan, Intel would set up data centers with the same discipline and precision that it did with its chip manufacturing plants. It would build out the huge server rooms in giant warehouses and then rent the computing power to smaller companies. The business was much like Amazon’s huge web services business today. But Intel was too early and on the wrong side of the dotcom crash. When things fell apart in 2001, so did Intel’s appetite for noncore businesses. Intel shut down James’ baby.

But she went on to manage a variety of other businsses, including Intel’s security, software, services, and other nonchip businesses that have become more important as Intel takes on its mantle as a leader of the technology industry rather than just a component maker. That’s one of the legacies of Grove, who saw that Intel had to do a lot of the fundamental research and development in the computer industry, in part because nobody except Microsoft had the profits to invest in R&D.

As executive vice president of software and services, James managed Intel software businesses, including Havok, McAfee, and Wind River. During her tenure over software, Intel struggled in its alliance with Nokia to create the Meego mobile operating system, and it eventually gave up on it.

Among the other technical assistants at Intel were Sean Maloney, a rising star who retired last year after having a a stroke in 2010; venture capitalist Alex Wong; and Anand Chandrasekher, who left Intel and is now the chief marketing officer at rival Qualcomm.