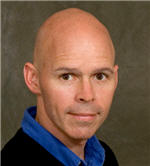 The name Mike Cassidy may not be instantly recognizable to many in Silicon Valley.

However, he’s one of the more consistently successful entrepreneurs around, and has joined Benchmark Capital as an “Entrepreneur in Residence” to search for his next idea.

Here are his three hits:

Stylus Innovation — He was one of three founders who each pitched in $500 to start this company. He served as CEO. Stylus launched the first Windows telephony application. It was used for interactive voice response systems, and is still used by United Airlines’ flight arrival time service, for example. In 1996, Stylus was acquired by Artisoft for $13 million. Not much by Silicon Valley home-run standards, but huge for a kid who had stuck in $500.

Direct Hit — Again, he was CEO of this company, an early search technology that focused on click popularity (it would track of search queries by users and the URLs people would click on. If people spent only two seconds on the URL, the site was penalized in its algorithm. If people spent 20 minutes, it was rewarded. In other words, an early alternative to Google’s Page Rank. It struck deals with Microsoft, AOL, Lycos, HotBot, Apple and others. In January 2000, it was bought Ask Jeeves for $532 million, 500 days after launching. Cassidy recalls how he pitched DFJ in 1998 for initial funding, and the firm gave him an offer on the same day.

Xfire — He was chief executive of this company, also backed early on by DFJ. It is one of the fastest-growing gaming communities on the Internet, an early creator of in-game messaging with seven million users. He sold that company for $110 million to Viacom last year, and has just finished his year-long commitment to stay at that company.

Pulling off three successes in a row amounts to a thousand-to-one odds, he says. “My dad is even saying, ‘Dude, you should give it up.”

His position at Benchmark is a paid one. He can go into the Benchmark office and hear pitches from entrepreneurs, or he can play hooky, whatever he wants to do — as long as he finds an idea.

So what does he want to do next? He’s attracted to stuff he hasn’t done: Music, location-based mobile, vertical networks (for aerospace engineers, accountants, or whatever) or video search.