Netmarble scored a huge hit in South Korea with its launch last year of Lineage 2: Revolution, a massively multiplayer online game on Android and iOS. But it was never clear if the beautiful medieval fantasy game would be a hit in the West.

So, the company lined up press, advertising campaigns, and influencers on platforms like YouTube and Twitch to promote the game for its November 2017 launch. It even signed up Conan O’Brien to help promote the game at TwitchCon.

And it paid off. The game that features 30-versus-30 matches got more than 5 million registered users in the past two months since the global launch.

I spoke with Simon Sim, general manager of Netmarble US, this week at the 2018 Consumer Electronics Show (CES), the big tech trade show in Las Vegas. Here’s an edited transcript of our interview. Sim will be speaking at the Casual Connect USA Disneyland event in Anaheim, California this week.

Simon Sim: At Casual Connect, I’ll have a 15-minute presentation about our strategy, how we bring Asian games to the Western market — especially more about Lineage 2: Revolution and how that relates to our strategy. 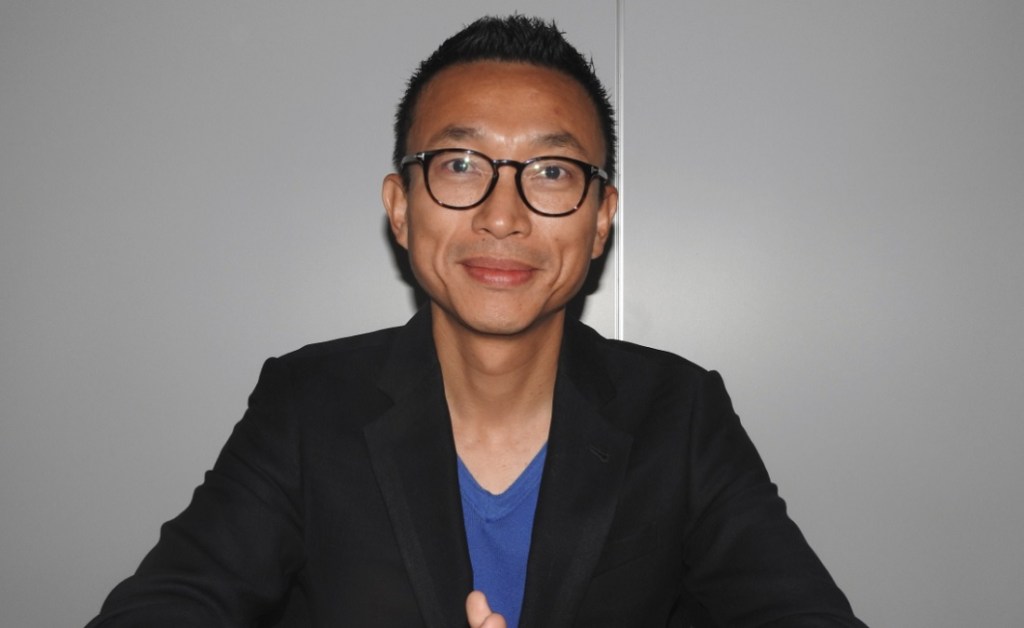 Above: Simon Sim is CEO of Netmarble US.

GamesBeat: Did you have a good holiday season at the company?

Sim: We launched Lineage 2 in November. The launch was quite successful. It had a lot of organic downloads from Western gamers, especially in Europe and Russia. We’re excited about that. We’re still getting a lot of user feedback and contributions to improve the game more.

GamesBeat: Was there some question in your mind as to whether Western gamers would be as interested in Lineage as Korean players have been?

Sim: Lineage 2 was quite challenging for us. For any MMORPG, people need to play it for a long time, more than an hour a day. That’s pretty different behavior from a lot of Western mobile games. A lot of the mechanics are unfamiliar. But from what we’ve seen as far as user behavior after launch, people are [adapting to] and enjoying the auto-questing mechanics. We’ve rebalanced the difficulty level to make the game a bit easier than the Asian version. From what we’ve observed, Western players are adapting to our game.

We think our strengths are in the RPG genre. We’ve made the MMORPG genre into one of the mainstream areas of the mobile gaming industry in Asia and the West as well. We’ll keep working on this in the future, both making MMORPG games and adapting RPG features into hybrid genres.

GamesBeat: You have a lot of fans of Japanese RPGs over here. Nier was on a lot of best-of-the-year lists. Sometimes, that Western interest in Asian games is enough to create a big audience.

Sim: We made a lot of use of influencers. It’s one thing to say that we have these new mechanics, and they’re very convenient. But Western gamers still aren’t familiar with these mechanics, and they don’t fully understand what we’re talking about. That’s why we contacted a lot of influencers who already have trust from their fans. We used them to communicate about our game and convince their audiences. Conan O’Brien was one. He’s obviously a gamer. That was a big part of our strategy to overcome those challenges. It’s a new approach, but it’s working.

GamesBeat: What did you learn from working with influencers as far as how to get good results from that strategy?

Sim: Each influencer has their own fan base, and those fans have different interests, even though they may follow similar genres. Their ways of communicating with their fans, their styles of streaming, can be different. We learned that we need to be careful about targeting, about what kinds of genres and what [kinds] of fans different influencers reach.

GamesBeat: Do the press and traditional advertising still matter?

Sim: This is a mobile MMORPG, but the core fans of this game still come from the PC MMORPG market. We tried to reach press sites and community sites together with influencer marketing to make sure that was all aligned. It’s worked very well. We’ve created a lot of virality and awareness. 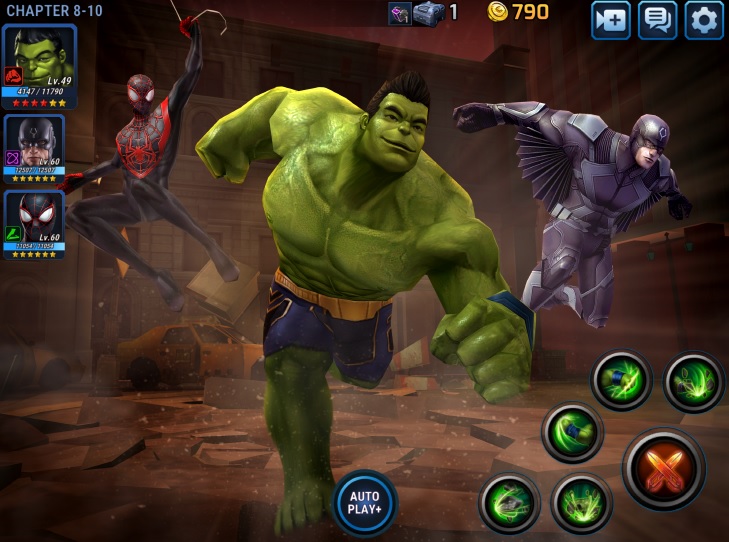 GamesBeat: What numbers have you released about Lineage 2 so far?

Sim: We just passed five million accumulated users in the West — North America, Europe, Australia. It’s on track. In the U.S., we’re sustaining our rankings — and in Russia and Europe as well. We’re making the top 10 grossing charts. We believe this has a strong potential to sustain its performance. It’s only been two months so far, not even two months. We’re observing user feedback, watching the community, and analyzing our in-game data. We think we can do better, and we’re continuing to work on the game.

GamesBeat: Some people wonder if there are too many Marvel games out there. How do you feel about the strength of that franchise across so many games?

Sim: It’s true. There are a lot of Marvel games. But each game has a different genre, different characteristics. Marvel Future Fight is very much an action RPG, a more action-based game. Kabam has their fighting-based game. Jam City has their own game. Among the Marvel family, everything has different characteristics and a different target fanbase. If the game genre is different, it still has an opportunity to do something with the IP. Between Netmarble and Kabam, we have a lot of synergy, working with the same IP and the same fanbase.

GamesBeat: What kind of brands still look appealing to you for games in the Western market? I talked to [Jam City president Josh Yguado] recently, and he said they liked Harry Potter because it hadn’t been done recently in mobile. They have Harry Potter Go to compete with, but he felt that fans would welcome both games.

Sim: I share that opinion. As a company, we believe that even though we’re trying to appeal to Western gamers, we still bring an Asian style of games. We’re an Asian studio. Even if our games are great, people might hesitate to play our games. So IP is very important, especially in the coming year. Currently, we have Marvel, DC, Star Wars, and Disney, and there are other TV shows and movies we’re looking at. We’re continually searching for IP we can use. 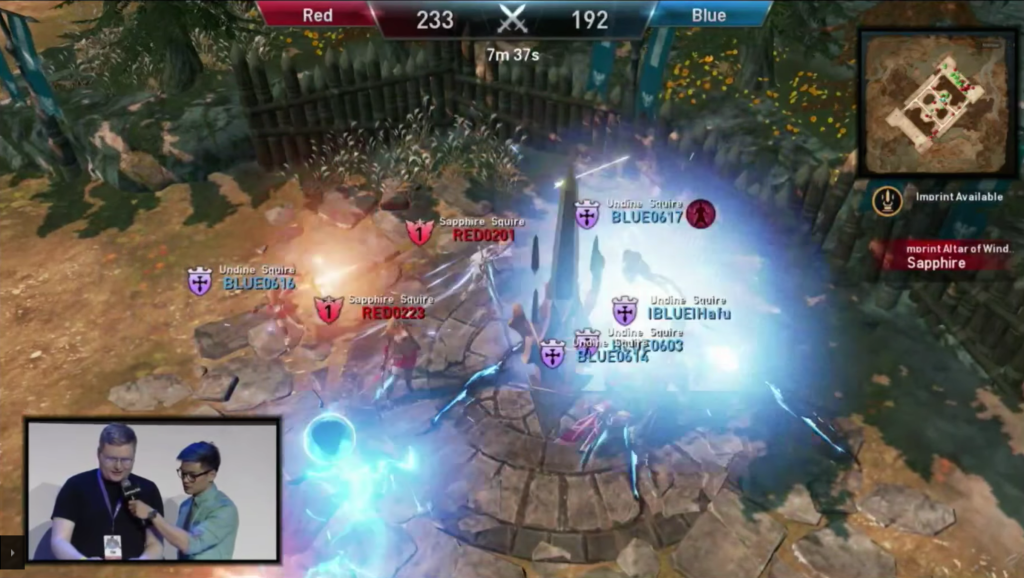 Above: Lineage 2: Revolution showcases its new fortress-siege mode at TwitchCon.

GamesBeat: For you, it seems like mobile games are still a good business to be in. You don’t need to branch out to other platforms.

Sim: On the headquarters side, we’re starting to develop games for the Nintendo Switch. We’re looking at what kind of games would fit that platform best. But we’re a mobile-first company. We’ll keep working on mobile games. As opportunities and market trends present themselves — sometimes, you see PC games coming to console or console IP coming to mobile. We see opportunities around that kind of convergence, and we’ll keep looking for them. Parts of our studio are developing PC games. We’re mobile-centric, but we’re open to other platforms as well, even console.

GamesBeat: Your company has an awful lot of people. What is it, 4,000?

GamesBeat: It’s kind of staggering when you consider that Jam City is only 500 people. I guess that’s the nature of MMOs?

Sim: Building good talent around our development studios is very important. We proactively invest in studios. That’s the number one reason. We used to be in the publishing business, but in mobile, publishing alone isn’t that easy. Building up studios, building that internal capability, is very important. And as our studios are successful, we need to share that knowledge together so other studios can grow. That’s the number one reason why we’ve grown.

The second reason is, scale is getting bigger and bigger. Content is getting more sophisticated. We need more talented people and more teams. For Lineage 2: Revolution, we have teams in Korea, in Japan, elsewhere in Asia, and in the West. It’s hard to make an MMORPG with just one team that builds everything to meet the needs of a global audience. That’s why we’re separated this way.

GamesBeat: Do you need more teams developing games in the West?

Sim: We’re open to that. That’s why we’ve invested in Kabam and Jam City. In 2018, we’ll keep searching for opportunities to invest in new studios here, as well as AI-related companies.

GamesBeat: AI is an important area of talent to acquire?

Sim: We already have AI engineering in our games, but beyond that, there’s more personalized interaction with gamers, marketing optimization, a lot of areas where we can [adapt AI technology for the] gaming business. As a company, we’re trying to extend our internal AI team proactively, and we’re still searching for more investment opportunities. Headquarters is already building up their dedicated AI team.