“Everything is trending, everything is hot,” said Bill Reichert, managing director at California venture capital (VC) fund Garage Technology Ventures, at an event put on by the Slovakian government to connect big tech companies with emerging innovation.

Reichert was participating in a panel discussion centered on one perennially popular question: What are the hot sectors ripe for Silicon Valley investment?

“As I go around the world, and see amazing new technologies in all these different sectors, anybody anywhere can tap hundreds of millions of prospective customers because of the significant decrease in friction across the globe,” he continued. “It’s amazing the verticals in which you can build a big, fun, interesting, exciting company. If you have a compelling insight into almost any segment, it’s hard to imagine a segment that is too small to build a really interesting company. So if you’ve got something that’s interesting where you think you can create a “win” and disrupt, don’t worry about what the VC says is hot. Go build an amazing company.”

Encouraging words for sure, ones that will hopefully have resounded around a room where 60 startups from 17 countries across Europe and Asia had been invited to compete, network, and vie for the attentions of a myriad of big U.S. corporations and investors.

But a key question to emerge was how do startups around the world garner the attention of the Silicon Valley moneymen? 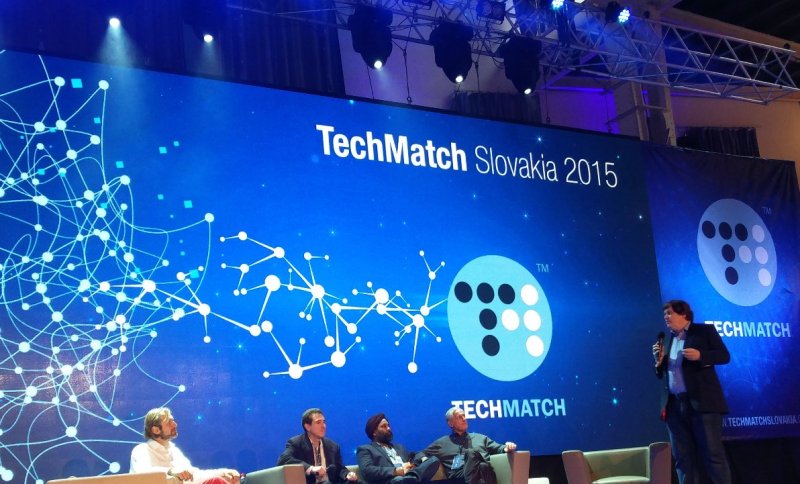 Ian Sobieski, managing director at the Band of Angels fund, said while it’s important to have at least some presence in Silicon Valley, it is by no means essential to move there.

“You don’t actually have to move to California,” said Sobieski. “You have to have some meetings face-to-face to be able to build real relationships, though. So if you want to raise money from California and Silicon Valley, you can go there for a few weeks, get a 650 phone number and a U.S. mailing address from one of the various accelerators. But you can still have your residence and your team here (e.g. Europe) and create an investable relationship with Silicon Valley.”

This raises another key question, however. For startups based in Europe, Asia, or anywhere else, how essential is it that their target market is in the U.S.? Can you go to Silicon Valley for investment if you’re a Scandinavian company targeting India, for example?

“We have invested in companies that have started somewhere else, proved their model, and then saw the U.S. as an opportunity to scale to global proportions,” added Reichert. “We have invested in a couple of companies where the primary market turned out not to be the U.S., but the company was located in Silicon Valley. But a company not located in Silicon Valley, that’s not targeting the U.S., well, that would be really tough for most (VC) funds. There are some truly global funds, but most Silicon Valley funds do prefer some sort of nexus.”

So startups wanting to gain the attention of Silicon Valley funds need to either have their main leadership team based in California, or have a core focus for the startup’s growth in the U.S. Ideally, it would be both.

Assuming the U.S. is high on your company’s agenda for growth, and you’re seeking money to spur this growth, there are at least two key things you should be seeking in Silicon Valley before investment, according to Reichert: customers and talent.

Silicon Valley, of course, is a hot-bed of talent, be it developers or business development specialists. “You need to get someone who’s drinking the Kool-Aid, who totally believes in your future — if you can find that talent, who buys into your vision to create a global company, and you get a local customer, you will be infinitely more succesful talking to investors.”

But it’s possible to get involved with large U.S. companies through working with their hubs elsewhere in the world, or other local big companies that can serve as a stepping-stone to them.

“Take a phased approach — attack your own market first, and you will land on large companies,” said Mohanjit Jolly, partner at DFJ Venture. “Within those companies, look for a way into the U.S. market. Once you have a physical presence in the U.S., this is where investors are going to get excited.”

Jolly also added that you can accelerate this by talking to one of the VC firm’s larger portfolio companies to see if you can complement their offering and become embedded within them. Such a partnership then becomes a good reference point for the VC firm. “That gives me the thumbs up, and I have validation,” he said.

Perhaps one of the key takeaways of the discussion was the democratization of funding — you don’t really have to go to Silicon Valley. Not at the very early stages, at least.

“Things are changing — it used to be that you had to meet them (angel investors) at events like this (TechMatch),” said Sobieski. “But it’s a digital world, where there are platforms like AngelList, and Kickstarter, and Indiegogo. There are an increasing number of different channels to popularize and get your idea into the world in a way that increases the odds that you find that needle in a haystack and a capital investor.”