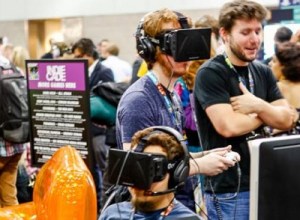 Oculus VR has had a whirlwind year. It’s the kind of epic startup story that every struggling entrepreneur can identify with. The story of this company shows how you can start with an impossible dream, cross a chasm of skepticism, and then find an army of welcoming fans on the other side that can give your idea the momentum it needs.

The Irvine, Calif.-based game startup resuscitated the virtual-reality market when founder Palmer Luckey gave a prototype of his Oculus Rift virtual-reality goggles to gaming legend John Carmack, who sang its praises at the Electronic Entertainment Expo trade show in June 2012.

Luckey (above left), along with game veteran Brendan Iribe (right), launched a Kickstarter campaign that raised $2.4 million. The more they showed it, the more enthusiasm they saw among game developers and the public. They recently began selling developer systems for $300.

The Oculus Rift won numerous awards for best game technology at the show. To top it off, Oculus VR raised $16 million in venture funding to create a consumer version of the Rift.

We caught up with Luckey and Iribe at the company’s headquarters in Irvine. Here’s an edited transcript of part one of our conversation. (See part 2 of our interview here.)

GamesBeat: Can you talk about how you got started with the Oculus Rift?

Palmer Luckey: I’ve been a PC gamer for a long time, and a hacker-maker-tinkerer-enthusiast type of person. I spent a lot of my time trying to figure out how to get the best gaming experience possible – dumping money into PC components and spending all my time upgrading my PC. I started to think to myself, what’s the best gaming experience you could possibly have? Hypothetically, it seemed like virtual reality was the Holy Grail of where you could go with gaming. 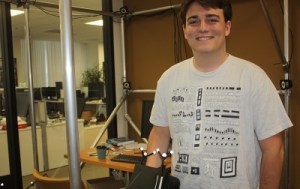 I assumed that there had to be technology out there that you could go buy. I got into virtual reality not to build anything. I just wanted to buy something. If the Rift had existed when I got into VR, I wouldn’t have built anything. [laughs] So I started to buy head-mounted displays. A lot of them had big issues. They were heavy. They had low resolution. They had bad head tracking. I kept buying more and more, from consumer gear all the way up to military and industrial gear.

GamesBeat: Was that even still a real market? They were popular a decade earlier, right?

Luckey: A lot of this stuff was old consumer gear from that period. But there’s been a professional VR market for a while. Things that usually cost tens of thousands of dollars, and they use them for data visualization or medicine or the military. The military is the big money player there. I started combing government auctions and industrial equipment liquidation, trying to pick up old and fairly recent VR gear affordably. Even the stuff that originally cost, say, $90,000 – I got good deals on it, because they usually didn’t know what they were selling – wasn’t what I wanted.

So I decided I was going to give it a shot and try to build something. I didn’t necessarily expect that I’d build something better, but I thought it would be a fun exercise. This was maybe four years ago.

Brendan Iribe: This was after you’d amassed a fairly large collection of VR headsets. 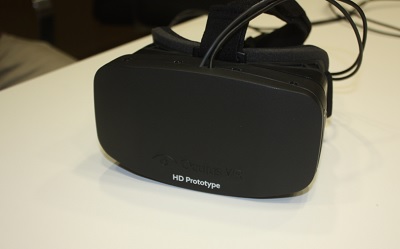 Luckey: Yeah. I have the world’s largest private collection. I think it’s 56 unique units now, not including the ones I’ve made. That’s a lot of head-mounted displays.

Iribe: None of which did what you wanted them to do.

Luckey: No. There were things that had good components, like great field of view, but they weighed 20 pounds and were on a spring-loaded arm clamped to your desk or something. There was nothing that had all of the good features. After looking at all of them and trying to figure out what they’d done wrong in the past and what they’d done right—It’s not like they did every single thing wrong. A lot of it was just not having good enough technology. So I tried to figure out how you could apply new technology to a lot of these problems that hadn’t been solved in the past.

It became pretty clear that mobile phone technology had so far advanced from what it was in the past. I started using mobile phone displays and tracking components from there.

Iribe: These are things that didn’t even exist in the ‘90s when they were doing a lot of those VR efforts. They didn’t have the smart screens, the large displays.

GamesBeat: You had smartphone screens, but you didn’t really have an iPad yet, right?

Luckey: Not quite. When I was getting into this, there wasn’t the huge explosion of tablet computers like you see today. The panel I was originally using was designed for a Fujitsu ultramobile PC. Remember those things, when those were the shit? It was their U810, I think, that was the first to use it. This little tiny 5.6” screen in a clamshell laptop. It had a touch screen layer on it. It was a super high-res 1280 x 800 on a 5.6” screen, a really high res for the time. That was the first screen I started using.

As time went on, though, all of a sudden you had all these phones trying to fight a resolution war. All the screens for tablets and phones were going up drastically in resolution.