Julian Gollop created X-COM: Apocalypse while at Mythos Games in 1997. For decades, he has been making turn-based strategy games that resonate with fans.

He started Snapshot Games in 2013 with David Kaye, and now they’re poised to ship Phoenix Point, a turn-based tactics and 4X strategy game (explore, expand, exploit, and exterminate) that is going where the XCOM franchise (which Firaxis owns) hasn’t gone yet. Gollop’s idea was to take some concepts from the early days and run with them.

You have to use a squad of elite soldiers to fight an alien menace that can adapt to your choices. The game has replayable, procedurally generated battlefields. You have to position your soldiers properly on a battlefield grid. And when your soldiers fire, the view moves from a top-down camera position to a third-person view of the combat.

I played the game briefly at the Electronic Entertainment Expo (E3) and then interviewed both Gollop and Kaye. The single-player game will debut in September on the PC (on the Epic Games Store) and Xbox One (it’ll be on Xbox Game Pass as well). 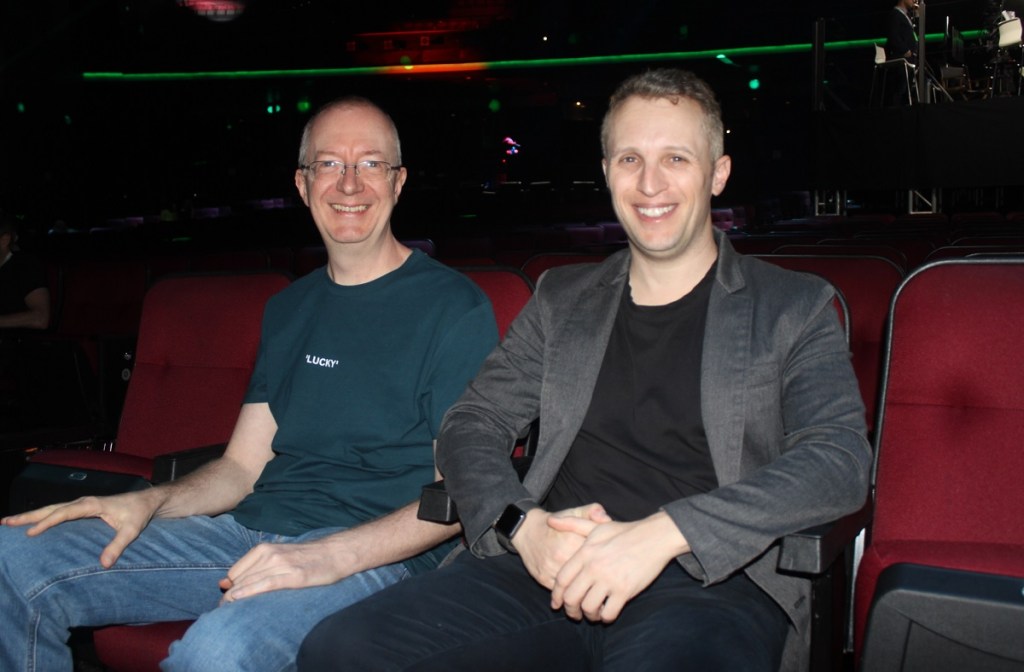 Above: Julian Gollop (left) and David Kaye of Phoenix Point.

David Kaye: We started Snapshot Games in 2013. Phoenix Point is our second game. We started working on it about three years ago, really. As far as the genesis of the game, it was Julian wanting to return to what is probably his most successful and well-loved genre, which was XCOM. That was the very start of it.

GamesBeat: Was there crowdfunding on this project?

Kaye: Yes. The history of the project — we raised our first money through Fig. We raised about $1 million split roughly 50-50 between the investment piece and rewards funding. That helped us start growing the team. After that we did a deal with Microsoft. It’s going to be on Xbox Game Pass, launching in September. Then, after that, we did an institutional round of funding for Snapshot itself. Greycroft seed funding, John Goldman came in initially, doing a pre-seed, and then Tencent came in and led our seed round last year.

The final thing on the deal side is we signed a deal with Epic at the start of this year. The game is going to be launching exclusively on the Epic storefront for the first year, also in September.

GamesBeat: So it’ll be on both Game Pass and the Epic store?

Kaye: Yes. In September it’ll launch on Game Pass, and it’ll also be in the Microsoft store, and then the Epic Games store. It’s not going to be on Steam. 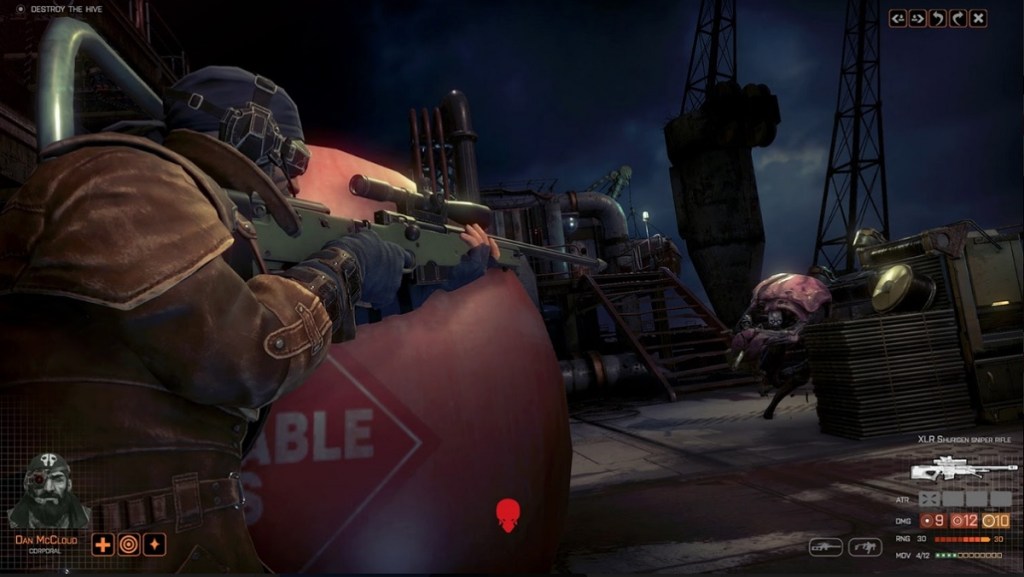 Above: Phoenix Point is from the original creators of XCOM.

GamesBeat: It seems like people can’t get enough of this XCOM type of game.

Julian Gollop: It’s a popular type of game. Credit to Firaxis for rebooting the franchise. It shows that this style of game really is quite popular. From my point of view it’s great, because I’ve been wanting to evolve the XCOM idea for many years. Phoenix Point is very much an advance on what I’ve done before. I’ve had some interesting new ideas about procedural generation of aliens and enemy types, how they mutate and adapt.

The more involved, strategic layer–it’s more about simulating this apocalyptic environment. You have different human factions that you have to interact with. They each have their own very unique ideologies, technologies, and ways of dealing with the alien problem. It gives the player four possible endings to the game. One is pursuing your own research, your own path, but the three other possible endings allow you to ally with one of these human factions. You can choose their particular solutions to the alien invasion, which are all quite different. It gives you a bit of a different story each time by doing this.

Players have some interesting choices about who to ally with, who to antagonize. You can’t maintain an alliance with all of them all the time. But you can do interesting things. You can steal research from one, ally with another to get their research, and combine all that. You can steal resources. At the same time, you have your own research and manufacturing. You have to find bases and build them out so you can recruit personnel at scale. It’s very similar in that respect to the original XCOM.

GamesBeat: I noticed that you do go into that first-person view when you’re about to shoot.

Gollop: This is an innovation in the tactical system. The first-person view is a free aim mode that allows you to target individual body parts. You can make tactical decisions about how to tackle each enemy. When you get a really large monster, like a multifunctional battleship with all these different limbs and weapon systems, and it’s spawning other aliens or launching mist bombs or whatever, you can pick a specific target.

GamesBeat: There’s a bit of Fallout there.

Gollop: Yeah. It adds some interesting layers to the tactics, which isn’t in the current XCOM incarnation.

GamesBeat: It’s more visually appealing, too, for the players who want that.

Gollop: I always wanted to do something like that. Going back even around 20 years, when I was working on a project that got cancelled at the time, called Dreamland Chronicles, we were experimenting with this first-person aiming view for body parts. We were doing this game for Virgin Interactive, which got bought out by another company — I think it was Interplay at the time, and then Titus — and the project was cancelled. But I wanted to come back to that idea, and I also wanted to come back to some of the ideas that I was developing in XCOM Apocalypse, which had this idea of multiple organizations within this city, with their own economies and agendas, and you interacted with them.

I very much liked the idea of underlying systems in the game, creating a living world type of situation. Even if you as a player don’t interact with it, things are still happening. The factions are still pursuing their own goals. Phoenix Point is very much built around those ideas. It’s less linear in that sense than the Firaxis XCOM, which gives you a straightforward path to follow. Phoenix Point, you have some more interesting choices to make about which directions to go in. 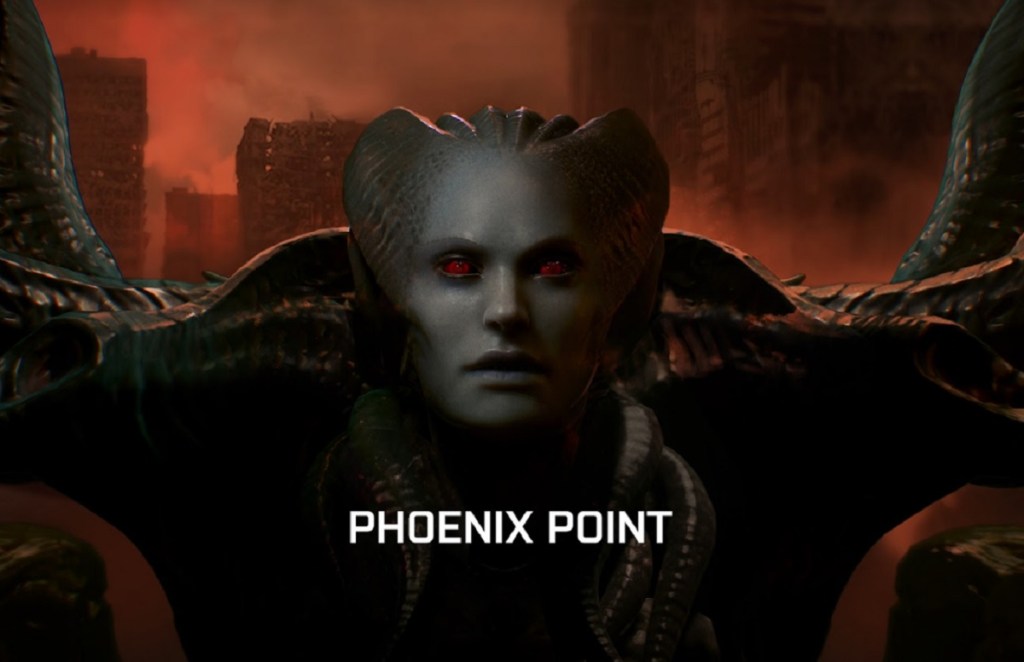 Above: Phoenix Point is Julian Gollop and David Kaye’s second game at Mythos.

GamesBeat: Theirs is more just about choosing which battle to fight.

Gollop: Right, and sort of min-maxing your strategic layer to get the best resources so you can progress the storyline.

GamesBeat: I think I usually managed to play that game wrong. I’d accidentally manage to forget to do a lot of things.

GamesBeat: How do you try to adjust things like that, the more difficult parts of the XCOM model?

Gollop: We try and tackle this by making the aliens and the other factions kind of adaptable in a way to what you do. If you’re being extremely effective in your battles against the aliens, this will literally encourage them to mutate and respond to their defeats. They’ll present you with a new challenge. On the other hand, if you’re not so good and the aliens are wiping the floor with your squads, they have no incentive to mutate, because they’re doing quite well. That adaptation is built into the way the enemy responds at the strategic level and the tactical level.

GamesBeat: Does a veteran soldier have as much value as they do in XCOM?

Gollop: Yes, there is inevitably an element of that. The fresh recruits you take on, you can treat them like cannon fodder. It’s not generally a good idea, though, because your access to recruits can be quite limited. Again, that depends on the systems to some extent. You have to get your recruits from the other human factions. If they’re all hostile to you, that’s a problem. You’ll have no source of recruits.

But you do need to get your characters experienced and trained up. Your experienced soldiers will be very valuable. You don’t want to lose them. You do have to deploy them, because you need to win those missions. There are various routes. You can build training facilities that help train up your rookies relatively safely, but that’s slower than sending them into battle. There’s a tradeoff there. 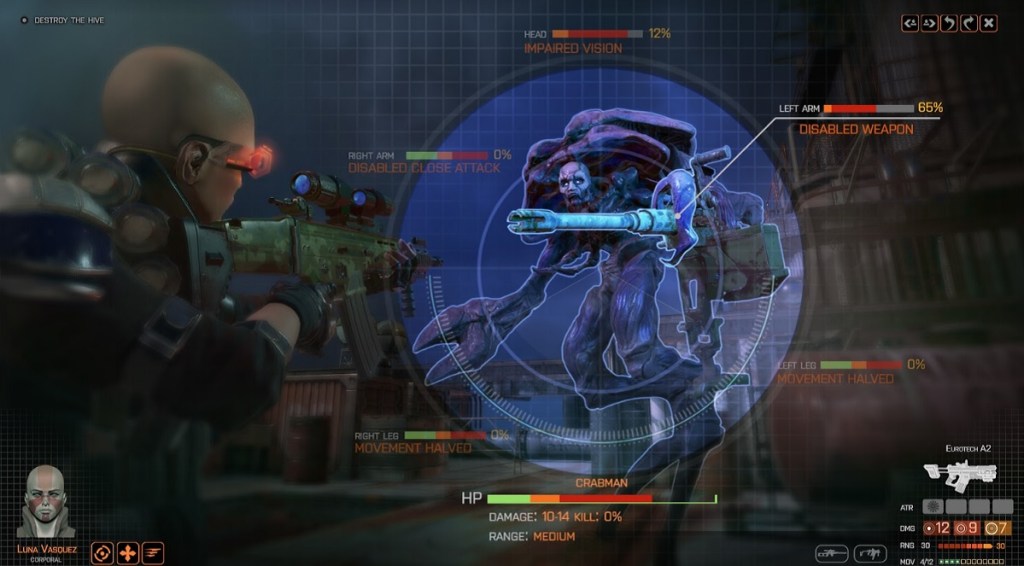 GamesBeat: How many hours of gameplay is there in the main campaign?

Gollop: The critical campaign will be around 30. To some extent it depends on the player, how you play the game. It’s not a fixed number of battles. It’s more dynamic than that. As I say, the enemies tend to respond to the way you play. If you’re a bit slow as a player in progressing your forces, the enemies will progress a bit slower too. It’s the nature of the way they advance.

The game will ultimately force an ending. You can’t hang around forever, because the aliens are building all these structures all over the world and leveling up their structures. They have an ultimate goal. If you don’t intervene to stop that, you’ll lose the game. But there is a certain element of player choice in how fast you want to progress.

GamesBeat: Do you have plans beyond the initial release?

Gollop: Yes, we have a whole raft of DLC planned, and a bunch of free updates as well. We’ll be interacting very much with our community as far as which areas to improve and develop.

We’ve released four backer releases so far. Our backers who got early access have been playing for just over a year now through various upgrades. That’s given us quite a lot of feedback from the community already. The idea will be continue that approach after release. It’s not like we’re going to stop updating the game. The DLC stuff will cover quite a lot of new content, new areas of the game, new endings. It’s a very dynamic game system. We can build on this world that we’ve created in some interesting ways.