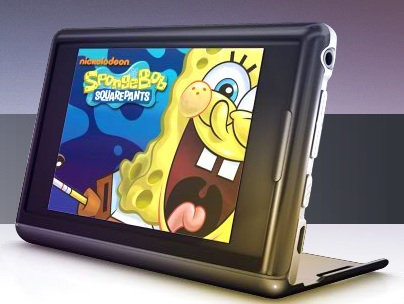 Mobile TV has analysts excited. ABI Research estimates that mobile TV will have 43 million subscribers by 2013, and research firm TeleAnalytics estimates 50 million mobile TV users in North America by the same year. But so far mobile TV has not nearly lived up to the hype. Qualcomm’s FLO TV, the technology used behind the current market leaders — AT&T’s Mobile TV and Verizon’s V Cast — still isn’t making money. For this holiday season, Qualcomm launched a new product, FLO TV Personal television, to turn the situation around. Could this be a new beginning for mobile TV?

There are still a number of challenges facing this market.

First, when people think of TV, they think big screen. Although phone screens have gotten slightly bigger with smartphones and mobile internet devices, they’re still tiny when compared to home TVs or even laptops. Most consumers would be happy waiting a little bit and watching a show on their TVs when they get back home. Increasingly, consumers whether at work or at a coffee shop, have laptops with them. When they don’t, it’s because they are driving or busy doing something else that prevents them from watching TV on mobile in the first place.

Second, although consumers are happy watching a lower quality video on YouTube, when they watch paid TV, they expect higher quality. Even with 3G, the bandwidth isn’t nearly enough for a flawless TV experience. So mobile TV providers that broadcast shows over phone networks will face quality issues. MobiTV is one such company. However, some mobile TV providers — Qualcomm’s FLO TV is one — will use TV spectrum to transmit its video. While it, too, will send separate streams for users watching the same show at different times, it can conserve bandwidth for events people watch simultaneously, such as live events. In those cases, instead of sending out a separate stream to each individual user, it can send one stream to a whole neighborhood, then copy it for each individual user closer to the final destination — somewhat like the multicast protocol Comcast currently uses.

However, with improved technology, the difference between these two approaches is likely to become less significant, the same way internet TV is catching up with cable TV in the “fixed TV” world. Moreover, reach of mobile internet TV is not limited to a particular geographical area, and can potentially reach much larger audience than spectrum TV can.

By the way, the broadcasting of live events will be another challenge for mobile TV. Mike Callahan, Senior Marketing Manager at Elemental Technologies, a Portland, Ore.-based startup specializing in video transcoding, told me that for a pre-recorded show, they can pre transcode and optimize the video, so that when it is time to deliver, the video can be sent more efficiently. In live streaming, there’s no time for efficient transcoding and optimization, since even a small delay can turn viewers off.

Finally, there is a classic catch-22 problem. In order to bring TV content to mobile devices, mobile providers will have to partner with premium cable TV networks. But those networks aren’t likely to enter such partnerships if mobile TV boasts only a tiny audience. And, of course, without content partnerships in place, users are unlikely to be attracted to mobile TV, says Carl Stjernfeldt, General Partner at Castile Ventures and moderator at MIT VC Conference‘s mobile panel earlier this month, who is bearish on mobile TV.

But a number of factors could turn the market around in the next couple of years.

First, alternative business models are likely to emerge that could prove more popular than the monthly subscription model MobiTV and FLO TV are betting on. For example, with Comcast’s TV Everywhere offering, Comcast subscribers would be able to watch TV on three devices. If Comcast chooses mobile as one of the devices next year, mobile TV should become more mainstream. Remote TV-viewing provider Slingbox offers yet another business model for mobile. If you already own a Slingbox at home, you can buy their mobile service for $29.99 and watch the same shows on your mobile device. In both these cases, consumers have to pay no additional monthly subscription for mobile TV.

Second, netbooks are becoming more and more like mobile devices: They usually have always-on connections (just like cell phones), and are very portable. And they’ll become secondary phone devices with the advent of VoIP-based software phones or “softphones” such as Skype. As the boundaries between the two get progressively blurrier, netbooks’ bigger screens could lure more users to mobile TV offerings. We would also see more “personal” TVs, or portable devices capable of showing TV, that do not require a cellular network — Qualcomm’s FLO TV Personal TV, for example.

Third, LTE and WiMax with their increased bandwidth, are expected to provide a better video experience. With a lot of momentum behind 4G and the $1.3B 4G Venture Forum (a collaboration between Verizon Wireless, Charles River Partners, New Venture Partners, North Bridge Venture Partners, Alcatel-Lucent Ventures, Norwest Venture Partners, Redpoint Ventures, and Ericsson), we might soon see Hulu for mobile, or other specific applications developed specifically for mobile TV.

Fourth, content will have to be rethought for mobile consumption. An hour-long show may be fine for home TV, but viewers’ attention span will be much shorter on mobile. FLO says its users average about 25 minutes of TV watching a day. Blip.tv and Leoville-like content, which consists of low cost, short video clips, would likely be more popular than “Lost” on a mobile device. The studios that are first to rethink their content for the mobile TV format will be the ones to grab the largest audiences.

Finally, a lot of user-generated content currently being served by video companies such as Kyte, Justin.tv, UStream and the like will become more suitable for mobile TV consumption. There are more and more small “studios” launching content produced at a very low budget. While it is unlikely to compete with premium content from HBO, for example, consumers are generally more tolerant of low-quality content from indie producers than they are of a slow stream of their favorite HBO show.

[Matthaus Krzykowski contributed to this story.]