Life Is Strange was a sleeper hit when it debuted in 2015 as an episodic series. It sold more than 3 million copies — so well that publisher Square Enix commissioned developer Dontnod Entertainment to work on Life Is Strange 2 and Deck Nine to work on a prequel, Life Is Strange: Before the Storm.

Square Enix showed off a couple of scenes from the first episode of Before the Storm at the recent Electronic Entertainment Expo (E3), the big game trade show in Los Angeles. Deck Nine has chosen to focus on choices and consequences, carrying on the tradition of the first game.

In the prequel, Max’s best friend Chloe Price returns but in a setting that takes place some time before the events of the first game. She meets another friend, Rachel Amber and that starts a new adventure of choice and consequences, as you can see in the video.

After I saw a preview of the game, I spoke with Chris Floyd, co-game director, and Zak Garriss, lead writer, at E3. Here’s an edited transcript of our interview. The game debuts on the Windows PC, PlayStation 4, and Xbox One on August 31. 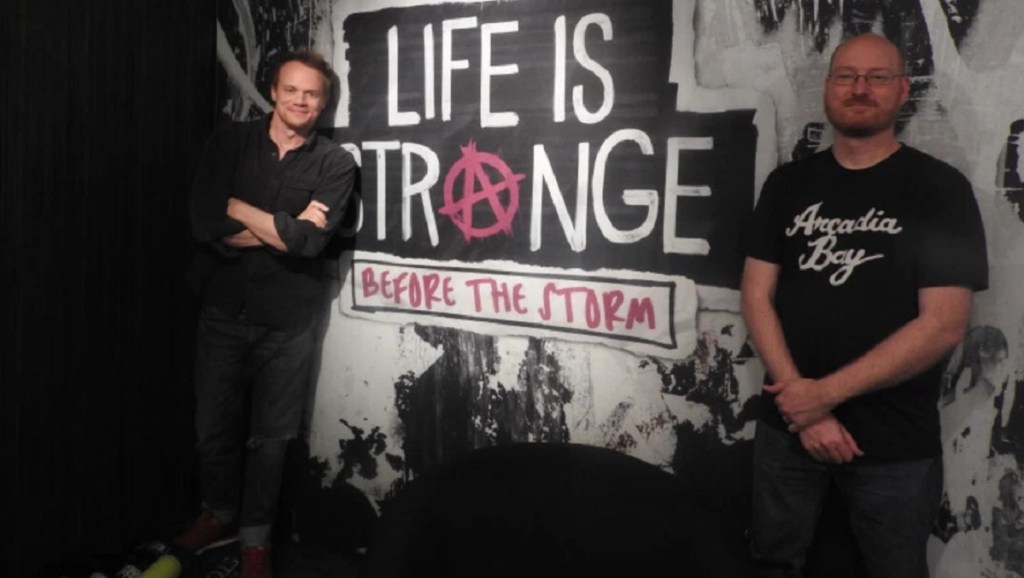 GamesBeat: What are you shooting for with this version? What was your starting point?

Chris Floyd: One of the most exciting aspects of what we’re getting to work on with the period we’ve selected — it’s focusing on a character we know from the first game, Chloe Price, but looking at her life in a new space and time. We’re going back to when she’s 16 years old. The loss of her father is more recent. Max has left. Chloe’s mom is moving on. She’s really alienated. We get to see this girl who’s so fierce and strong in the first game — but in a more vulnerable space, a slightly younger space.

We’ll examine, at that moment in her life, what it’s like when she meets Rachel Amber, this mythical character we know from the first game. Everyone has something to say about her, but Max never gets to interact with her directly. We’ll use that to examine what it’s like when you meet somebody who changes your life in a big way.

GamesBeat: Do you have more resources to execute on this one, given the success of the first game?

Zak Garriss: Square Enix is dedicated to growing the franchise, for sure. We have a lot of fans out there, really dedicated and creative fans. Until we announced on Saturday night, they were all waiting for news of what the next thing was going to be. All the attention and all our energy is focused on giving them what they want. A lot of those fans wanted to come back to Arcadia Bay and revisit these characters. 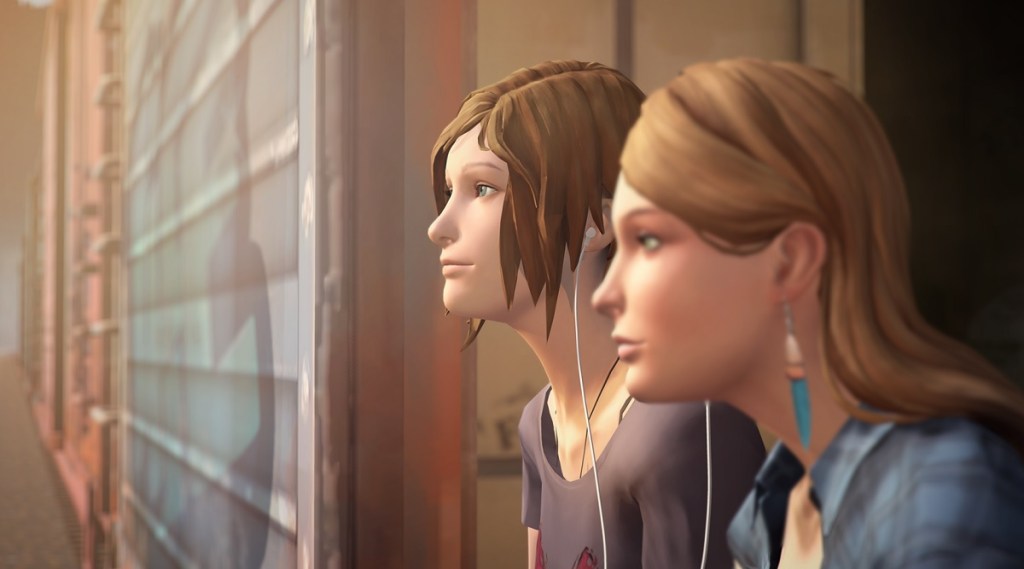 GamesBeat: Did you have some statistics, like in Walking Dead, that told you what people tended to want or tended to choose?

Floyd: It’s important to clarify that the team at Deck Nine didn’t work on the original Life Is Strange. Part of what was so shocking, in a really great way, about the first game was how vocal the community became and how big the community became. Of all Square Enix’s titles, including some really big games, Life Is Strange is the one that has the largest social media presence. Fans are really passionate about articulating what they love or what drives them crazy or whatever it is about that first game.

GamesBeat: How did that direct you or drive you?

Floyd: Our creative and design philosophy isn’t to look at data, necessarily, about what the fan community liked. It’s to pursue what we’ve loved about Life Is Strange, what we’re passionate about, as fans first. When Square Enix first talked to us about partnering with them on this franchise — we were talking about working on narrative adventure games in general. They were the ones who said, “What would you do if you were going to write something in the Life Is Strange universe?”

The potential for that blew us away. We were so excited because we love that world so much. There are a lot of wonderfully vocal opinions about the world from the fans, but if we as a development studio tried to cater too much to one or another, I’m not sure we would end up creating a product that fans would love. Instead, we’ve focused on trying to be very critical and very honest about what we love. Working with Square Enix and the core team from the first Life Is Strange, we’re using that as our guiding principle and making a game we think fans are going to appreciate.

GamesBeat: You have the problem of not being able to work with the same voice actress. Is that going to be difficult for you?

Floyd: We’re very sympathetic to that. We went through the shock and the sadness of learning that we weren’t going to be able to work with Ashly Burch on Before the Storm. We loved what she did with Chloe in the first game. She was amazing. The story’s very complicated. Having that happen halfway through our development cycle, we had to examine a lot of possible paths we could take going forward, including not even moving forward at all.

In the end, the prospect of not making Before the Storm was even more heartbreaking than not getting to work with Ashly. What we did, we sent her the episode one script, shared our work with her directly, and said, “We’re sorry about what’s going on with the strike, but this is a story that’s very core for us. We’re very passionate about it. We’d love to hear your thoughts.” She fell in love with it, and that led to her joining our team as a story consultant. She’s a writer in addition to being an actress. So while she hasn’t been part of the game as an actor, she’s been a real presence in the development of the script, giving us everything from line notes to high level story notes.

Garriss: We found an actress named Rhianna DeVries. She was our motion capture actress, actually. We were doing the motion capture and she was providing some temporary [voice-over] for us as we were putting scenes together. We said, “Hey, let’s hear you as our younger Chloe.” We thought she just killed the performance. That’s how she ended up as the voice of Chloe in our game. 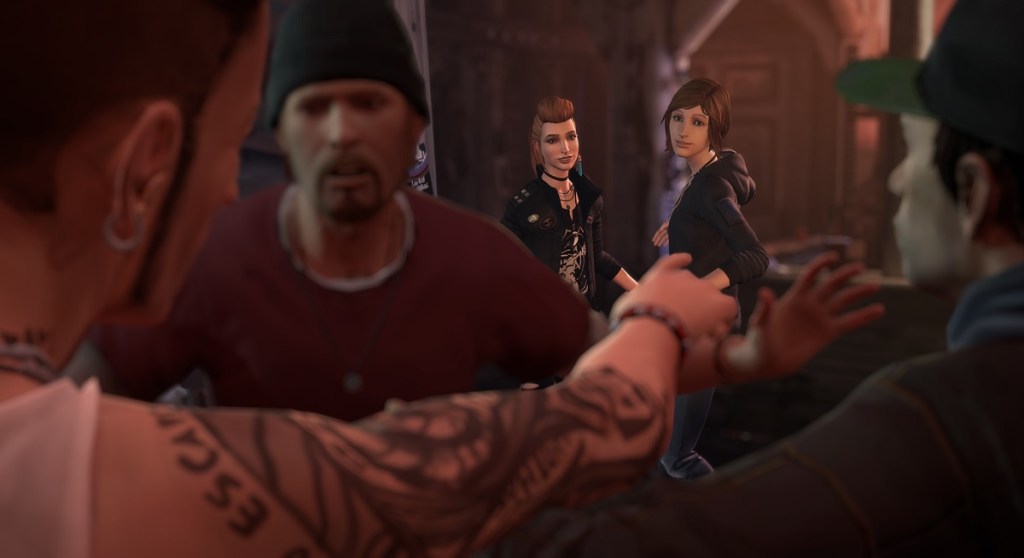 GamesBeat: We’ve heard that episodes two and three are pretty well set. What do you think you’re going to be able to react to as you absorb the fan reaction?

Garriss: One of the great things about the episodic structure is we do have some opportunity to see how fans react early on. That lets us deal with that. We’re always open to that within the capacity of where we’re at in development, as we start to hear those messages. We’ll certainly take advantage of whatever we can.

GamesBeat: As far as emotion or dramatic impact, what do you want fans to get out of Before the Storm?

Floyd: One of our intentions with the story — we want to very carefully showcase a main character, Chloe, who is simultaneously powerful and flawed. We want to put a spotlight on how people are complex. As heroes go, we think Chloe is really interesting because she’s vulnerable. She’s uncertain because she’s scared. I think we need more games with characters that are like that. I think that’s a big part of why the first game was so successful, and why it resonated with fans so much — the authenticity of those personalities.

My greatest hope is that fans step into the shoes of Chloe Price at 16, and they feel her grief, feel her uncertainty, and it resonates with their own feelings. They feel validated. They feel OK with not being OK. When we’re looking at what it’s like for Chloe when she meets Rachel and the ways in which these two girls need each other — maybe it can give people hope. Sometimes, you’re going to feel alone, and there’s nothing wrong with that. We all go through that. You’ll meet someone like you. That has the potential — it always has the chance to change your life. 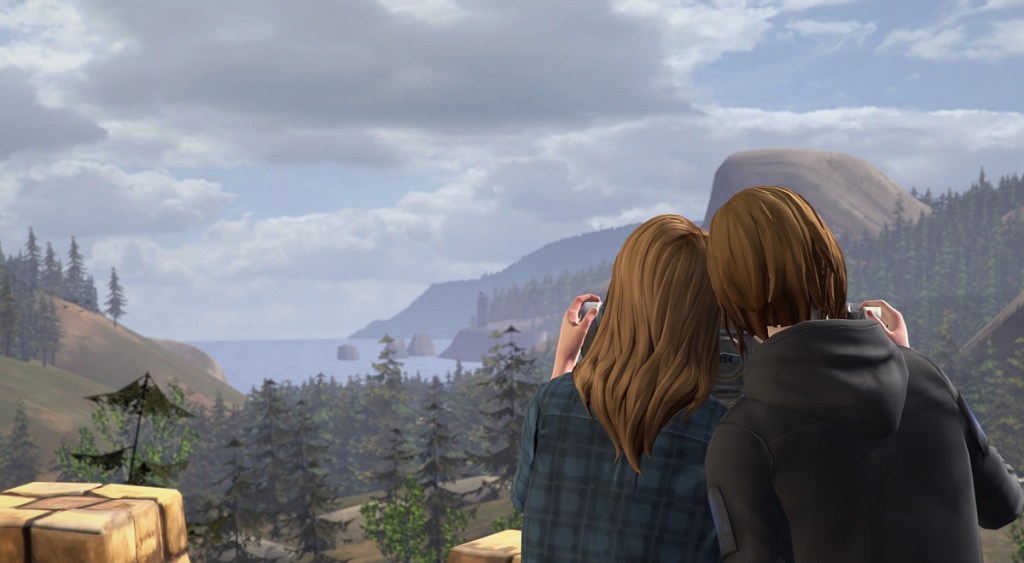