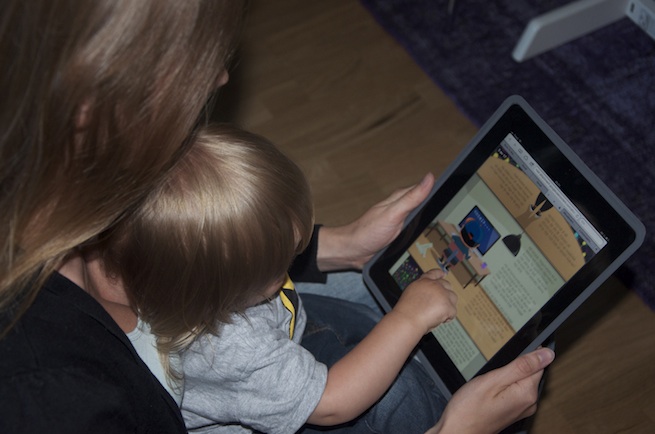 Confident that toddlers can learn to code, three female entrepreneurs have developed a website and interactive book called My First Website. The e-book is available for $8 (€5.99), and it works on smartphones, iPads, and desktop PCs.

My First Website focuses on teaching HTML, as it’s a bit like Latin. Cofounder Sanna Nilsson said she realized that most coding languages have their roots in HTML, so it’s the ideal starting-point.

“We owe it to our children to be able to teach them to understand code in a world where almost everything that they interact with on a daily basis will have some foundation in coding,” explained My First Website’s cofounder Rosalyn Knapp.

The founders –Nilsson, Knapp, and Lovisa Levin — had the idea for the e-book when living in Sweden and studying complex coding languages at a design school called Hyper Island.

They frequently discussed how in the digital age, kids are increasingly expected to be fluent in variety of languages. It’s not just foreign languages like Spanish and Mandarin that children are learning but the computer vernacular as well.

“Our national competitiveness depends upon our ability to educate our children – and that includes our girls – in this critical field,” Facebook COO Sheryl Sandberg recently said in an interview with Code.org, a nonprofit dedicated to computer education.

However, most countries are falling behind when it comes to tech literacy (with the notable exception of Estonia), so parents are faced with the task of ensuring their kids can compete in the digital economy.

This isn’t an easy task for parents who haven’t mastered the basics of HTML.

The founders of My First Website say that kids as young as 3 are already addicted to the site. But it’s also proven to be valuable for parents who are learning alongside their children.

“We believe that learning to code should be as essential as any or the subjects in the curricula across schools,” said Nilsson.