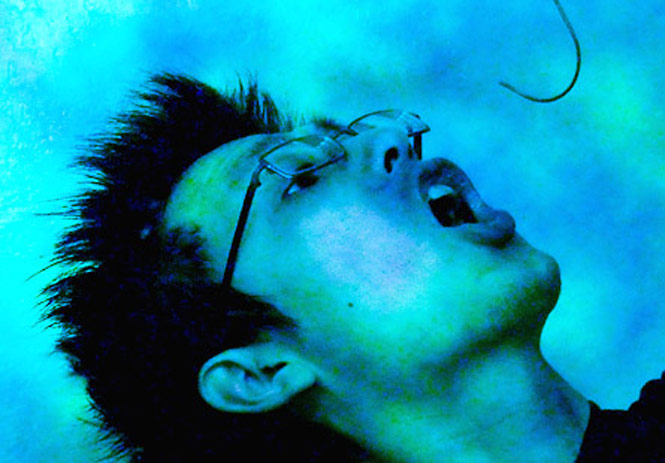 There were only two problems: I didn’t buy them, and they weren’t being shipped to my house.

I’d been hacked. Somehow, somebody in Sacramento, Calif., was going to get 13 Dell Inspirons at my expense. Lucky them … and unlucky me.

But not only unlucky me — a staggering one in four Americans report being a victim of identity fraud, according to a new study by Jumio, a leading credit card validation service for web and app-based commerce. And 83 percent of us worry about identify theft. 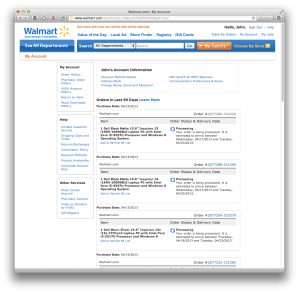 That’s a problem, because commerce is increasingly going mobile. Two-thirds of us own a smartphone and/or a tablet, and most of us plan to use them to buy things in the near future. A full 48 percent of us use our mobile devices to check something as sensitive as our bank balances. But as we do, we’re opening ourselves up to even more avenues of fraud and scamming.

“Users may be willing to accept risk now in favor of convenience, but this tolerance will weaken as fraud continues to grow,” Daniel Mattes, founder and CEO of Jumio, said in a statement. “The industry needs to get on board to protect our customers as much as the customers themselves need to take greater precautions.”

Investigators in my case suspected a phishing attack, in which you get an email purportedly from an online store that leads you to a fake but real-seeming site that then takes your credentials, but I had not clicked on any real or fake WalMart emails.

The problem of online and mobile security is a growing one. According to VISA, mobile commerce fraud was $2.7 billion in 2010, $3.4 billion in 2011, and $3.5 billion in 2012. And Cybersource says almost a third of all retailers experienced mobile fraud in 2012.

So what’s the solution?

Perhaps biometrics. Apple is said to be building a fingerprint sensor into the next iPhone model, the iPhone 5S. And Jumio’s survey says that 74 percent of us don’t feel that simple username/password security is sufficient. It certainly didn’t protect me — I was only fortunate enough to notice 13 thank-you-for-your-order emails from Walmart.com.

But biometrics won’t be available on every device, and won’t be an industry-standard smartphone feature for some time to come, if ever.

Meanwhile, according to Jumio, 69 percent of us would feel more comfortable sharing our personal information online, and buying via mobile, if there were more secure ways of storing that data online.

Above: Mobile purchasing and banking activity

“For mobile to reach its full potential, the industry needs to adopt more consistent and accurate ways to identify and authenticate consumers,” Mattes said. “Only then will we be able to truly combat fraud.”

The question remains: How exactly that should be done?

The mechanisms for catching fraud after the fact, and protecting consumers from the consequences, are mostly in place. MasterCard canceled my credit card, WalMart canceled the transactions, and no harm was done. And big data solutions that the big credit card issuers including VISA and American Express employ to track consumers’ spending habits and suspend cards if odd or suspicious spending patterns start to emerge limit losses when the fraud proceeds successfully.

But that’s not the case every time: web and mobile security has a last-mile problem that isn’t going away any time soon.