We all feel like imposters sometimes. We fail to internalize our achievements and feel like a fraud. At the Catalyst Conference, Airbnb’s Donna Boyer talked about imposter syndrome and how to get past it.

Girls in Tech’s Catalyst Conference runs through Thursday at Bespoke in San Francisco, and Boyer was one of the speakers talking to a crowd of hundreds about career advice for women in the technology business. Women are about 20 percent of staff at tech companies, and Catalyst aims to increase that number and help connect those already in it.

Imposters tend to second guess themselves with doubts like “I can’t make mistakes. I shouldn’t ask for help. I’m not an expert. I am not qualified.”

“Those voices hold us back and prevent us from achieving more and owning the role we were hired for,” said Boyer, who is director of product, host, and homes at Airbnb.

This isn’t just a problem for women in tech. About 70 percent of people express feeling like an imposter. But more men will apply for a job than women, given the same skills.

Boyer said she didn’t feel like an expert on being an imposter, but that she was qualified to give the talk because she has felt like one. She gave a name to pieces of the syndrome. 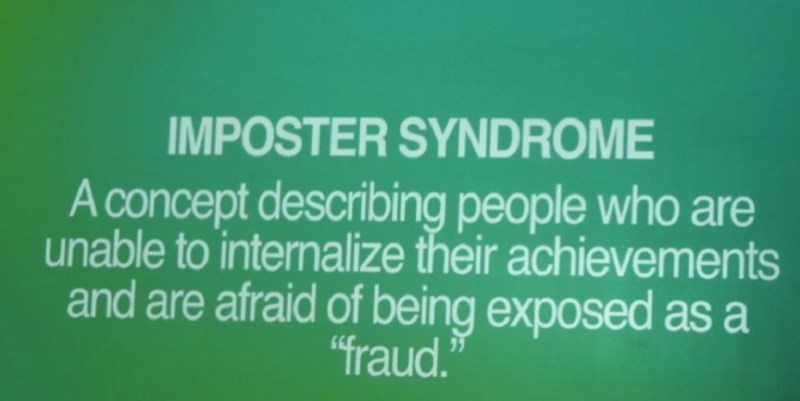 Above: Imposter syndrome as defined in Wikipedia.

One of the names was Meryl Streep syndrome, named after an anecdote recounted by the actor Jodie Foster. She once said that, when she won an Oscar, she feared that they “would say ‘Excuse me, we meant to give that to someone else,’ that it was going to go to Meryl Streep” instead. Boyer said it is common to look up to people, but even accomplished people like Foster look up to others and feel flawed. She noted that Sheryl Sandberg, president of Facebook, has expressed the same sort of fear.

“They are human too,” Boyer said. “We don’t see the work in progress.”

Boyer also referred to the collective knowledge fallacy. When you go into a room, you find that there is a huge body of knowledge in that room, and you only know part of it. That’s OK, as no one knows everything. You have your own expertise, and you should tap others for what they know. 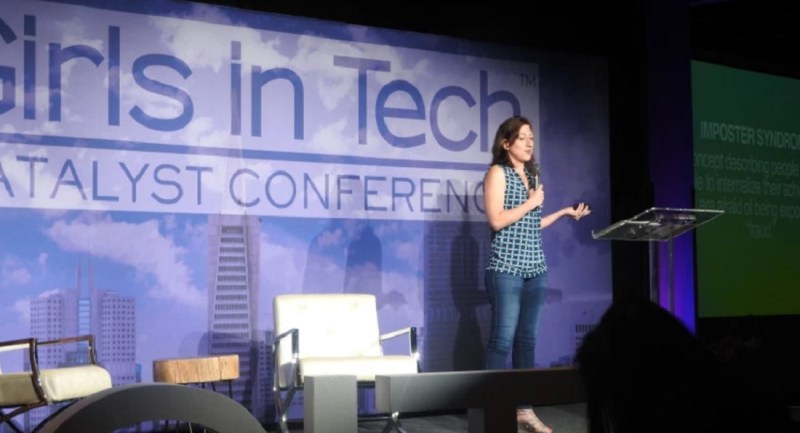 Above: Donna Boyer of Airbnb speaks at Catalyst Conference on being an imposter.

And Boyer said there’s something called gift discounting. You have some talents that come naturally to you, she said, but you discount their value. She has attention deficit disorder, and so she can’t do some things like laundry, which takes a lot of attention over time. But she is good at analytics and strategy, and seeing patterns other people don’t.

“You aren’t giving yourself credit for these skills others don’t have,” Boyer said. “Realize that someone else can do your laundry. The things that come naturally to you are what you lean into. The things you are not good at you let go for others to do.”

To overcome imposter syndrome, you have to resort to trust, she concluded. You have to trust yourself. Trust your network. And trust your leaders.

If you talk to someone about something you are fearful about, you can be reassured. They will help you see yourself from another perspective. You can come to realize that being inexperienced is not the same thing as being an imposter, she said.

She also said to trust your leaders.

“Trust the people who put you there,” she said. “Remember they did not make a mistake with you. They believe in you, and they are on your side. You are not faking it. Be yourself.”