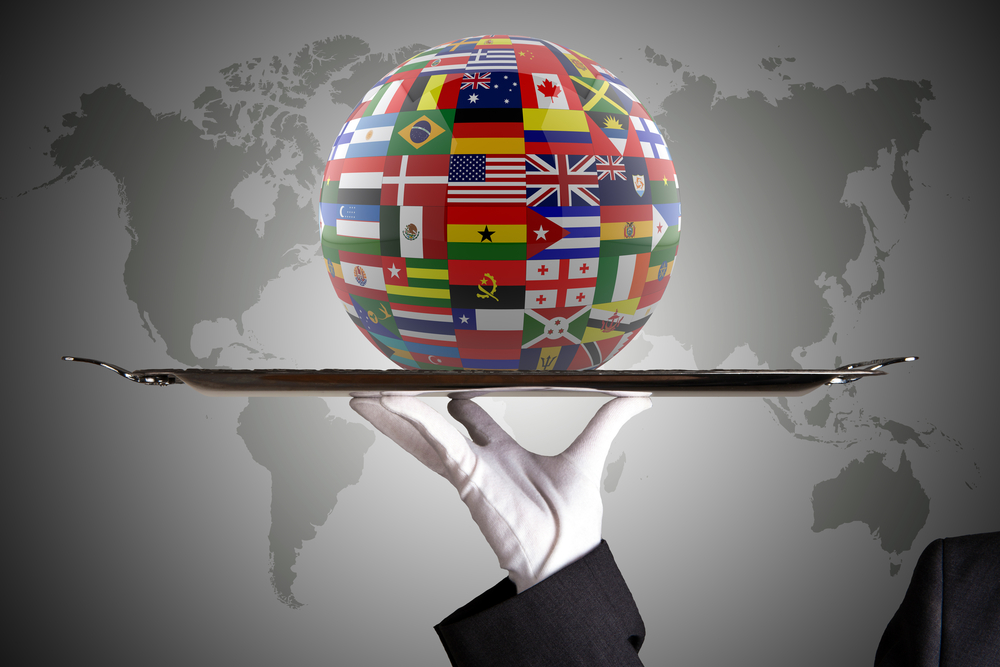 The US is a global leader in Internet and smartphone penetration and use, but the rest of the world is catching up fast.  With a good part of the growth for consumer products happening abroad, the question isn’t if you should go global with your startup, but how and when.

Europe may be a good place to start — if we combine the top 6 countries in Europe, they have a higher GDP than North America — but as you can see from the growth charts of some popular US tech companies serving international markets, a huge number of users are coming from farther afield.

The traditional US-first launch has worked for a number of companies, but we’ll be seeing many more global-first startups in the coming months. Just.me is one of the first to do so; it launched with 32 languages and in 155 countries.

My company Betable is global-first. We operate in multiple global markets and are always expanding to more, so I’ve gotten a good inside view of both the risks and rewards of this kind of strategy.

The advantages of going global first are that it lets you:

Regardless of when you’re going global, here are a number of things you should keep in mind:

Not everyone knows English

Internationalization isn’t just the process of translating a website or an app, but this should definitely be the first step. Americans might think that English is understood by mostly everyone in the world, but the reality is that most people in foreign countries don’t speak English and, even if they do, greatly prefer native language applications and websites to English ones.

Fortunately, crowdsourcing tools are making app and website translation much easier and cheaper.

People search on Google in their native language

Adding dedicated local websites doesn’t only improve the experience for users, but actually gets you more of them. People search in their native languages, so without native-language versions of your site or app, all your SEO efforts are going to be completely worthless in foreign markets.

Every country will greatly differ in their performance across the various distribution channels. Don’t assume that Facebook traffic will perform badly on your site abroad because that’s what you’re seeing in the US. When launching in a new market, you should erase almost all your previous thinking about distribution and marketing, start with a new clean slate, and run all the testing from scratch.

Credit cards might be ubiquitous in the US and a handful number of European countries, but a large number of Internet users don’t have access to or don’t feel safe using them online. When expanding, keep in mind the prevailing payment methods in each country, which can include carrier billing, local payments, and prepaid options.

It’s no secret that speed matters, and having requests and responses going back and forth around the world takes time. Getting servers all around the world or at least a global CDN to host your static content should be a priority.

Distributed teams or not, having diverse people in your team is mandatory. On top of helping the company being more creative and efficient, you will gain a broader understanding of the ways of life and cultural forces in different parts of the world.

Partner with someone on the ground

Joint ventures are usually a very bad idea, but partnerships are a great way to land in new markets, particularly closed ones such as Germany or China.

If you’re doing consumer Internet or mobile, you need to be thinking about your global strategy. If you’re just starting out, considering going global-first. Chances are you won’t regret it.

Stefano Bernardi is on the founding team of Betable, a VC-funded startup where he heads Customer Development. Previously, he worked in venture capital in Europe. He is a part-time hacker, angel investor, and product advisor, and was selected from more than 300 people to “shadow” Dave McClure at 500 Startups. Check out his blog and follow him on Twitter.