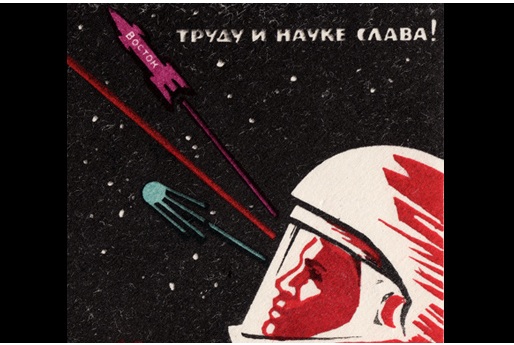 As a new generation of startup entrepreneurs is emerging in Russia, the local startup scene tends to look more like its American, European and Asian counterparts. The stereotype of innovative Russian boffins disconnected from market realities, working in Soviet-style research centers, has been replaced by globally connected and modern-minded entrepreneurs and engineers.

They follow Facebook’s latest moves, dream of getting training sessions in Californian startup accelerators, and prepare their pitches to Russian or Western investors – who usually work according to the same standards.

In this context, foreign business angels and venture capitalists tend to regard Russian startups in essentially the same way as those from other countries.

“The fundamental criteria for investing are the same in Russia,” says Igor Taber, of Intel Capital, a pioneer in Western venture investment in Russia. “An excellent management team, a large market, high barriers to entry, disruption potential, in particular, are just as valid here as anywhere else in the world.”

Some specific issues, nevertheless, require additional attention in Russia and emerging markets specifically. Ironically, these issues are not always what many foreign investors imagine they are. 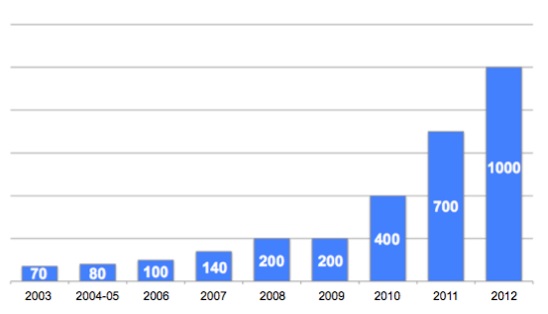 Above: Number of applicants at BIT, the largest innovation contest in Russia and neighboring countries (2003-2012)

1. How do I identify investment targets?

A number of tech-oriented contests, media and databases have emerged over the last few years to navigate the Russian startup ecosystem. Some of them use the English language, providing foreign investors with efficient sourcing instruments (see Useful Contacts).

Another option is to work or co-invest with local funds. Fast Lane Ventures, a Western-style serial Internet startup developer, is one of these, cooperating with a range of Western funds that do not have a permanent team in Moscow.

2. Should I work with incubators and technoparks?

Technoparks, incubators and accelerators have sprung up for the last few years, with dozens of such structures now competing in Moscow alone. Many of them seek to attract foreign investors, solving the sourcing issue and offering co-investment opportunities.

Among internationally connected accelerators are Farminers, which brings its startups to San Francisco’s RocketSpace; the Moscow Plug and Play Tech Center, which operates jointly with the famous Californian accelerator of the same name; and TexDrive, co-founded by UK startup accelerator veteran Jon Bradford. 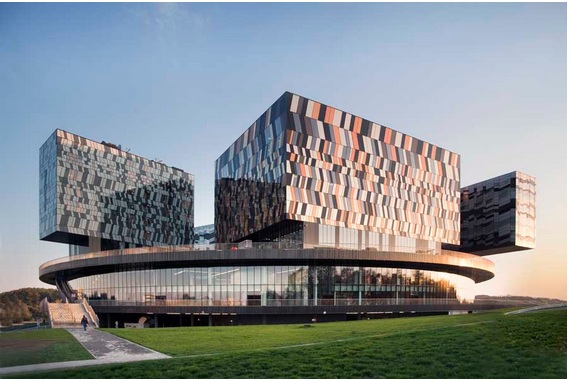 In Kazan, the capital of the autonomous Republic of Tatarstan, IT Park stands as one of the largest technoparks in Eastern Europe. IT Park opened a business incubator last year, while a delegation of 25 leading European venture capitalists visited the city.

3. Should I co-invest with a Russian fund?

While the Russian venture scene looked almost like a desert only a couple of years ago, at least 60 Russian funds have been involved in one deal or more over the last year in the IT sector. And there is now more money in Moscow than in many other innovation spots on the global map – “the biggest pile of money I have ever seen,” said US tech veteran Steve Blank, who visited Moscow last year.

Most of these funds operate according to international standards, presenting no particular risk for partnering foreign funds. “With their serial approach and strong exposure to international markets, local business angels and venture funds care about their reputation,” says Arkady Moreynis, general manager of the Moscow Plug & Play Tech Center.

4. How do I deal with Russian teams?

Even though Russian entrepreneurs westernize at a fast pace, working with them may require a specific approach. One issue is their relative lack of experience. “While most US startup entrepreneurs have an existing startup background, most Russians do this for the first time,” Moreynis says.

“In Russia, I tend to trust founders that are a bit older, say 30, and more experienced, versus 25-year-olds with just college degrees in the US,” says Fabrice Grinda, a Western business angel who has invested in Wikimart.ru, Oktogo.ru, Mallstreet.ru and Hipclub.ru.

On the other hand, labor costs are a reason for investors to come to Russia. A typical software engineer in Silicon Valley makes $180,000 a year, compared with the $40,000-$60,000 they would make in Russia. Salaries are high at Moscow startups, but in a city like Tomsk, in Siberia – where every fourth inhabitant is a student, researcher, university lecturer or employee of the Russian Academy of Sciences – a modest $2,500 per month can prove enough to attract the cream of the crop among local engineers.

While threats from aggressive local businesspeople or corrupt courts undeniably exist in Russia, luckier entrepreneurs and investors tell another story – at least for tech startups at the early stages. Esther Dyson, a US business angel who has invested in 15 Russian startups as well as in the search giant Yandex, said that she has never witnessed any serious threats of that kind.

“Tech companies tend to be more transparent, with value that depends on the people who work there rather than on natural resources or assets that depend on some favorable regulatory conditions,” Dyson says.

The Russian startup scene seems largely to have been spared the scourge of corruption. “In the digital sphere, greedy civil servants don’t know what to look for – or where,” says Gleb Davidyuk, managing partner at iTech Capital, a Moscow-based venture fund. “This helps startups to stay below various radar screens.”

Nevertheless, many investors – including Russian ones – tend to have their startups incorporated under a Western jurisdiction, which they feel will better guarantee the protection of IP rights as well as shareholders’ rights.

6. What are the exit perspectives?

In this still very young market, insufficient exit perspectives are an important issue. In the field e-commerce, for example, no more than four exits have taken place so far, an industry report by East-West Digital News revealed recently.

“It is critical to invest in segment leaders, as exit options for #2 players are even more difficult,” Taber says.

7. What if I operate from abroad and don’t speak Russian?

Investors in Russia do not necessarily have to speak Russian, since many startup entrepreneurs and local partners do speak English. But intervening directly on the market definitely requires a physical presence in the country.

While some international funds, from Intel Capital to Germany’s e.ventures to Japan’s UMJ, have an office in Moscow, others such as Mangrove Capital Partners and Ventech have representatives who travel to Russia frequently. Western business angels Esther Dyson, Fabrice Grinda and Jose Marin have the same approach.

8. Finally, should I invest in Russian startups?

When considering an investment in a Russian startup, it’s worth bearing in mind these persuasive advantages:

According to Fast Lane Ventures, judging by publicly disclosed transactions only, venture investment in Russian Internet startups reached $2.17 billion in 2011, a 70 percent increase on the $1.28 billion from the previous year.

• Web Ready – an international Internet and mobile startup contest held in St. Petersburg in November of each year

• Ingria – a prominent technopark and incubator in St. Petersburg

• Kazan’s IT Park – one of the largest technoparks in Europe

• RVC – the state-owned fund of funds dedicated to innovation

Adrien Henni is the Chief Editor of East-West Digital News, the international resource on Russian digital industries. After 10 years of experience in the Internet and mobile businesses in France, he became Senior Investment Manager at Direct Group, where he contributed to the set up of the Fast Lane Ventures incubator. Mr Henni lives in Moscow where he advises a variety of startups, funds and other organizations.

This article first appeared in Moscow-based East-West Digital News and Russia Beyond The Headlines, an international source of political, business and cultural news and
analysis, as a part of the Top 50 Russian Startups special project. It comes to VentureBeat via our European syndication partner VentureVillage.