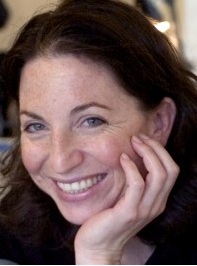 My third startup is Brazen Careerist.

When I started building the brand of Brazen Careerist around the year 2000, I talked about ideas like job hopping as a way to build a solid career, and I warned that generation Y’s entry into the workforce would be a total shock to employers. I was labeled a heretic and a moron.

But pretty quickly, people started thinking I was right. And I started making $15,000 a speech to discuss these ideas.

The intoxication of being on a trend, and knowing how to monetize it and being excited about being right, that’s what makes someone do a startup. So I picked up two partners, I launched Brazen Careerist, and quickly, Mashable called us the number-one social networking site for Gen Y. We were on a roll.

We raised money. We launched products, we pivoted 20 times. We were due to raise more money right after the markets crashed. So of course we couldn’t raise money. And of course I did what all startup founders do when they run out of money: I had a shit fit. And then I had a nervous breakdown.

But the thing is, in a startup, everything moves at warp speed, even a nervous breakdown. So I recovered fast, convinced investors to put in more money. And we kept going.

That cycle happened twice. Which is normal. Because startups are hell, and a startup is the perfect convergence of a brilliant idea and a founder just crazy enough to stick with it through anything.

Financial exhaustion
I had funded the idea with my own money for a few years before I launched Brazen Careerist as a social recruiting platform. I ruined my credit, I cashed out my 401K (don’t ever do this!) and I lost a baby sitter because she was appalled that we didn’t have any food in the refrigerator.

Emotional exhaustion
I had traveled every week for a year giving those speeches. You’d think I’d have saved a lot of money, but you’d be surprised how much it costs to run a household if you have two kids and are never home to see them. Then I spent a year traveling every week to raise money and being on television. But I was really sad about not seeing my kids.

Marital exhaustion
The dirty secret about startup founders is they can’t keep marriages together. Part of the reason for this is they are crazy to begin with. And part of the reason is that you have to be married to your company to do a startup. So divorce rates are high, especially among women, because they are much less likely to have a spouse who is wiling to stay home and keep the family intact.

So I got a divorce. It was on the cover of the New York Times. And all PR is good PR, of course, but I realized, while I was going through the process, that I wanted a successful marriage more than I wanted a successful career. And then I thought, “No. I want both.” And I became exhausted wondering how women get both. (Until I realized, oh, this is why women don’t do startups.)

Intellectual exhaustion
And it was time to pivot. It was time to turn Brazen Careerist into an event-based social recruiting service. And I knew a lot about recruiting, but I was going to have to learn more. And really, you have to live and breathe the industry you are in if you’re going to rewrite the rules to that industry.

And I was already contemplating my next topic: Generation Z. I think that Generation Z will revolutionize school like Gen Y revolutionized work. I think homeschooling is going to be a huge trend that impacts startups, and corporate life, and I was really curious about that. My brain was refocusing whether I wanted it to or not.

Relationship exhaustion
While I was appearing on shows like 20/20 to tell the world how to manage Generation Y, I was having knock-down drag-out fights with my Gen-Y co-founder, Ryan Healy. Founder bickering is a common startup problem. Because if you have co-founders with different skill sets, which you should, then you are going to have different points of view, and inevitably, arguments about that.

Vision for where to go next
Fortunately, though, Ryan had not ruined his personal finances and he didn’t have kids. So he still had lots of energy to get the company to the next level. And after seeing all these issues listed on paper, I realized that even though I loved Brazen Careerist, I wanted to step down from the CEO position.

So I started a relentless campaign to get one of the investors, Ed Barrientos, to become CEO. He had already had big exits from two of his own companies. As part of my campaign I told him it could be an interim position (it wasn’t) and part of the campaign was to convince him that it was the right time for me to step down.

It was hard to step down, but I needed a vacation. I wanted to have a life. I married a farmer and moved myself and the kids (and sort-of even my ex) to a farm in rural Wisconsin.

And after I’d had a break, I found myself calling Ryan and Ed more and more. I took a keen interest at the board meetings (I’m still a major shareholder) and I asked to be more and more involved, albeit in a different role, which they eagerly accommodated.

For me, stepping down was the right thing to do. It feels right that I did it at a time when the company was in good hands. And it feels good that I can still contribute while I figure out what company to launch next. Because after all that trouble – the physical, financial, emotional exhaustion – I can’t stop doing startups. It’s just who I am.