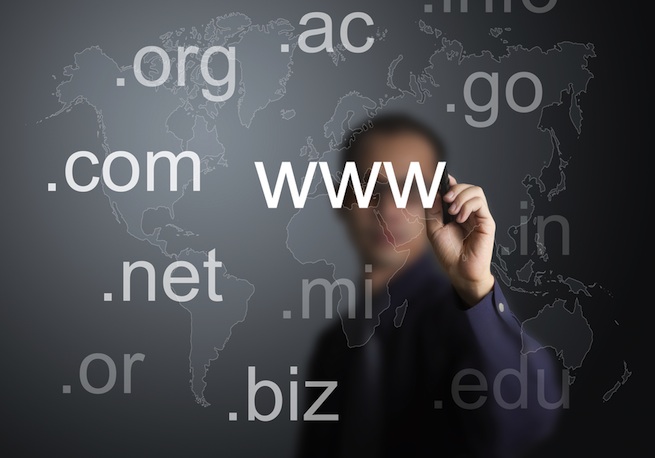 The Internet will undergo some major changes this summer, and business groups will voice some serious concerns over brand protection.

The root of the issue: the Internet’s governing body (ICANN) has moved forward with plans to introduce new domain extensions alongside the ones we’ve become accustomed to — like .com, .net, and .org. Companies need to start planning for their arrival, but many of them lack knowledge of a critical tool being offered for their protection.

Years of discussion came to an end last year when ICANN accepted nearly 2,000 applications for new “generic Top-Level Domains” (gTLDs). Truly generic terms like .shoes, .music, and .app were joined by brand-specific applications for extensions like .Nike, .Ford and .Macys. There are a few issues to be worked out with brand-specific extensions — the countries of Brazil and Peru are trying to stop .Amazon, for example — but typically these domains will be under the full control of their respective companies.

The bigger controversy is over the true generics, and groups like the Association of National Advertisers (ANA) have been very vocal about trademark concerns and the pressure (and potential cost) of defensively registering new domains.

Despite this debate, ICANN is resolved to move forward, so the conversation needs to shift. With the first of these new domains hitting the Internet in the next couple of months, we should be discussing how brands should react.

One thing that has been sorely missing from the conversation is a discussion about ICANN’s Trademark Clearinghouse (TMCH), which it hired Deloitte and IBM to develop as a rights protection mechanism for brands. At the very least, the TMCH is worth knowing about, but only 636 trademark holders have filed to protect their brands since it launched in March, according to a June 5 ICANN webinar.

The TMCH does two things for brands who register their marks — first, it gives them priority during the “sunrise” period of each new domain extension. This is a period of 30 days or more where trademark holders have the ability to register domains before they’re available to the general public. The second, and perhaps more important, function of the TMCH is called the Trademark Claims Service. This is basically an alert service that will notify consumers if they try to register a domain that includes a brand in the TMCH database. And to help registered brands proactively protect themselves, they’ll be notified too.

It’s worth noting that the TMCH doesn’t actually stop anyone from registering a domain, so it surely leaves brand owners wanting further protection, but it’s designed with the intention of providing a fair process for everyone involved, and it encourages disputes to be worked out on an individual basis.

Recording a trademark in the Clearinghouse costs $150 for one year, $435 for three years, and $725 for five years, so it’s not too much to ask in the grand scheme of brand protection – and it’s certainly less expensive than defensively registering dozens, hundreds, or even thousands of new domains.

That said, defensive registrations and the TMCH are two tools that should be used as part of a common-sense approach to brand protection in the era of new domains. Ford probably won’t want to defensively register names in the .shoes domain, for example, unless they’re really aiming for a change in product direction; a new product with the ultimate fuel economy! But by registering with the TMCH, companies will be aware of others trying to use their brand and can address issues as they arise.

This is all uncharted territory in the history of the Internet, so chances are good that these mechanisms will have to be tweaked over time and we’ll have to wait and see just how successful these new domains will be. Regardless, that’s no excuse not to be prepared, so brands need to start planning now if they haven’t already.

Jeremiah Johnston is an attorney focusing on intellectual property law and also serves as general counsel of Sedo, the world’s largest domain name marketplace, where he helped design the company’s own Rights Protection Program for brand owners in 2004. Jeremiah is also Sedo’s representative as a founding board member of the Internet Commerce Association, and has been named ‘Best Educator’ by Domainer’s Magazine.