Masanari Arai is founder and CEO of Kii.

When the press talks about China’s smartphone app ecosystem, it focuses mostly on big successes among gaming apps and locally developed apps such as WeChat.

What you don’t hear about is whether there is any potential growth for non-gaming mobile apps in China, particularly by foreign developers. And, for app makers interested in leaping into the Chinese market, there’s also little information available about what pain points they should expect.

These are topics we encounter on a daily basis working with partners to give their apps maximum reach in China’s highly dynamic mobile market. To help give VentureBeat readers abroad overview, here are some basic points to understand:

China is forecast to have 500 million smartphone owners by the end of this year, and while this growth is fairly well known in Silicon Valley, there are some important qualifiers to this figure: Much of them are using relatively low-end Android phones. China’s feature phone market has dropped dramatically in the past 18 months, and 90%+ of those consumers are upgrading to entry-level Android smartphones. Since the capabilities of most Chinese smartphones still trail behind their EU/US counterparts, developers should expect to re-optimize their apps to run well on them.

Hundreds of app stores, but about 20 major players

China has several hundred Android app stores, many devoted to specific kinds of apps or users, while others hawk knock-off or hacked apps. However, just around 20 of all these app stores count as major players in the overall ecosystem. AppChina, Anzhi, Gfan, Hiapk, Liqucn,Wandoujia, eoemarket, and 91Market are among the largest independent stores. And Baidu, QQ, 360, and 163 are among the very largest Internet portals with an app store.

Unsurprisingly, the leading Chinese handset manufacturers have their own app stores integrated into their devices. Those include Xiaomi, Huawei, Lenovo, and Meizu. Finally, China’s three telecoms have app stores of their own: ChinaMobile, ChinaUnicom, and ChinaUnicom.

Does this mean Western app developers should plan on publishing in all these stores? This brings me to my next point:

Many app stores means many approval and billing processes

When publishing your app in China, you should ideally focus on the country’s top 20 app stores. That’s assuming you have the resources to manage all the QA and certification processes for each, along with vastly different revenue splits — QQ for instance takes up to 70% of an app’s revenue, while China Unicom takes 30%. Each store will have its own guidelines and procedures as well as its own government tax and banking issues.

For this reason, many Western developers opt to work with a third-party company with a local presence in China and focus their distribution efforts only on China’s very largest app stores. When we work with companies such as LinkedIn on getting their apps in front of the largest possible market, for instance, we generally recommend concentrating on the current top five.

However, note that I say “current top,” for the Chinese market moves extremely fast, to the point where even the leaders can suddenly find themselves trailing far behind. For that reason, I advise developers to track not only the performance of their app, but also the current standing of the app stores where they’re published.

While games are still the best monetized category of apps in China by far, we are seeing a number of other varieties beginning to gain traction. For instance, we see educational apps and basic utilities, especially those which enable sharing of audio, video, and images, attracting substantial downloads. And as noted above, the cross platform messaging app WeChat (called Weixin in China) is extremely popular, as are other chatting/communication apps. However, the success of WeChat, developed by Tencent, takes me to another point:

Alongside Tencent, many of China’s other Internet giants, such as Baidu and Alibaba, drive the app market, launching and buying new services to support them. (See Baidu’s recent acquisition of the 91.com app store for nearly $2 billion.) For this reason, we caution app developers whose products may directly compete with those of China’s largest players.

Consider whether you have enough resources, reach, and willpower to go up against them. At the same time, the giants tend to dominate categories that already have an established audience, and ignore the many that remain unproven. (We believe, for example, that there’s quite a lot of potential in exercise-related apps, which are not yet popular but are likely to appeal to China’s rising middle class.)

Whatever the niche, I strongly recommend that your app come with deep social network integration with Sina Weibo and China’s other top social networks to increase the chances it will find the audience it deserves.

China’s issues with IP enforcement are well-known (and thankfully, increasingly being addressed), but app developers also face other, less well-publicized pain points: For foreign developers operating without a local partner, it can be quite frustrating to contend with monetization, let alone the Chinese government’s 30% tax hit.

Even more challenging for developers is publishing an app in China that requires cloud services backend support. If the cloud servers are physically located outside China and because of the China Great Firewall, apps that rely on these cloud servers will suffer frequent unstable connectivity issues or slow service at best. (For many developers, the best solution is to use a cloud service provider with servers operating within China.)

Ignore the pain points and publish

However, beyond the pain points, there is good news: Apps are starting to make substantial money in China. More and more consumers there are increasingly willing to pay for premium content in high quality apps, and our developer customers generally see monetization start only days after their apps are on the market. This is the strongest reason to push past the pain points and start publishing as soon as possible. The pain points are real, but so is the massive potential. 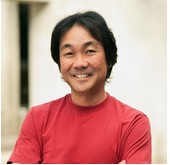 Masanari Arai is founder and CEO of Kii, an international MBAAS with a presence in China. Masanari has more than 15 years experience in mobile software in Silicon Valley and Japan. He joined Intellisync in 1995 as one of its original members, where he served in various positions, including VP Product Marketing, VP Business Development, GM for Asia and President of Intellisync Japan. Prior to Intellisync, Masanari was at IBM where he was the product manager of the original ThinkPad 700 Series.