5Min is one of many sites that offers “instructional” videos created by users.

The videos are supposed to teach you how to do something, such as making a barking dog out of a square piece of paper (see below).

Its clean design includes options to help you in the learning process — you can zoom in on a part of the video, slow it down, watch it frame by frame, by video segment, and more.

The company claims to be the largest of its kind, with millions of monthly active users. But, third party web analytics firms Hitwise and Comscore tell a different story, at least in the United States — showing somewhere north of 100,000, but not much more.

A competing site, DIY Networks, owned by Scripps, is the clear leader in terms of U.S. user numbers. See graphs at the bottom of the article.

These instructional video sites may be relatively lucrative. 5min, based in Tel Aviv, Israel but moving to New York this month, has just received $5 million from Spark Capital. Alex Finkelstein, a principal at Spark, says the how-to videos displayed on these sites draw the most lucrative advertising for videos online. Why? Viewers are “a super-defined niche demographic and someone viewing a how-to is typically in a purchasing mindset,” he believes. 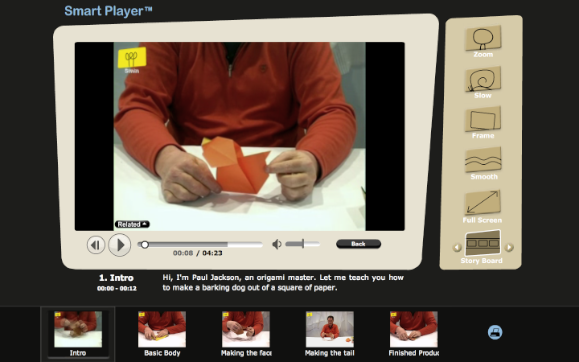 5min aggregates amateur and professionally-produced videos from around the web and offers subtitles in different languages. Its international roots and exposure may give it a larger audience and lend some credit to the company’s claim that it is the largest site, but we can’t confirm that from the data we have. The Hitwise and Comscore data cover the U.S. only.

5min pointed us to the following Alexa graph, comparing it against competitors VideoJug, ExpertVillage, and DIY Networks, worldwide: 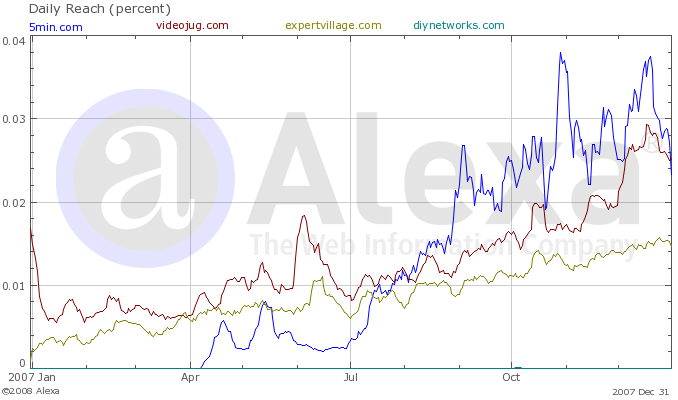 Alexa has shown itself, in many cases, to be unreliable. Other web analytics services have their own problems, however. See our article from earlier this fall that dug into each services’ pros and cons.

Comscore, considered by most to be the industry’s gold standard, shows DIY Networks is way bigger than its competitors in the U.S.

We asked Hitwise what it was seeing, and the company sent two graphs. DIY Networks dominates. 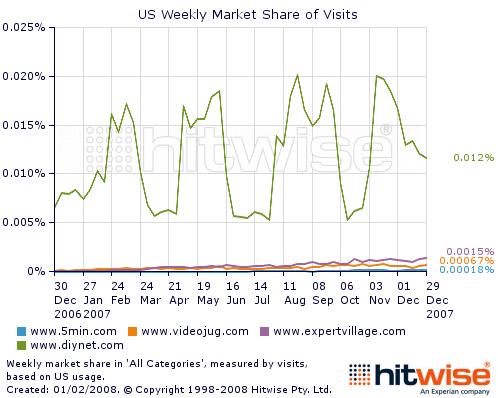 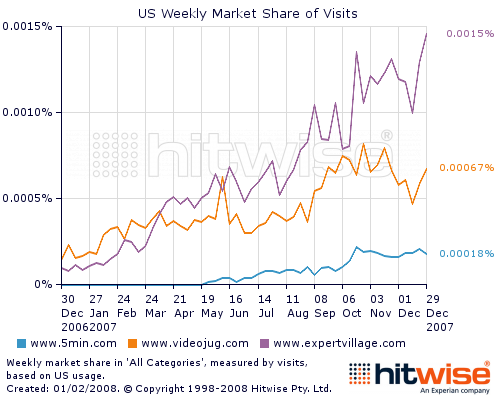