Ustwo Games made a big name for itself with Monument Valley in 2014, and now it has just launched Alba: A Wildlife Adventure, a relaxing game on Apple Arcade.

Coming out during the pandemic, the escapist game takes players on a child’s journey through an island with a beautiful environment. You can explore that island with a sense of freedom and childlike wonder, but you also have to take some small actions that can have a big impact on the environment of the island.

“It’s a joyful holiday that we wish we could have this year, but none of us have been able to,” said Ustwo CEO Maria Sayans in an interview with GamesBeat. “It’s a game for the 10-year-old in all of us. It’s a gorgeous open-world adventure.”

Sayans became CEO of the London-based studio in 2019, after spending time on the board and advising the previous studio manager, Dan Gray (who is now the chief creative officer). A former games executive at EA, Sayans became familiar with Ustwo by playing Monument Valley, which she found to be so compelling when she finished a long day at work working on the Battlefield franchise.

“I remembered thinking there is such beauty in something so elegant and contained,” she said. “It really touched me at the time.” 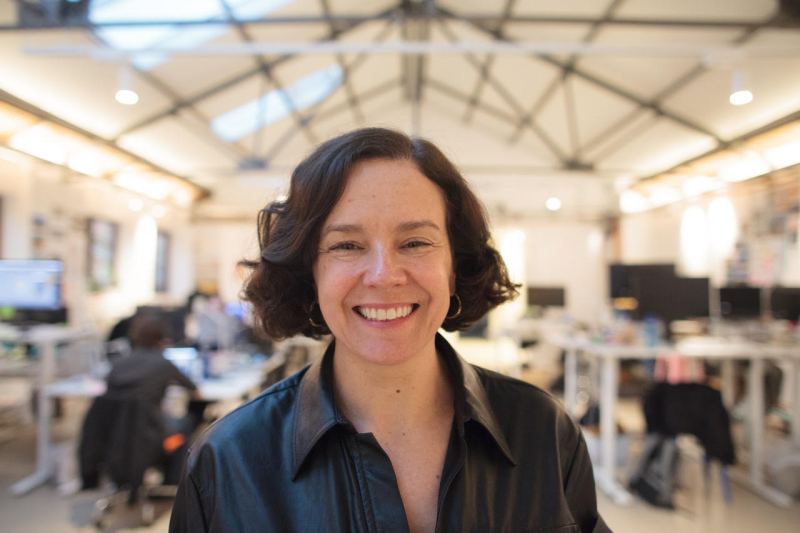 Above: Maria Sayans is CEO of Ustwo Games.

She left EA in 2015 and worked at CCP Games as its chief customer officer before making her way to Ustwo. She decided that she wanted to make games like Monument Valley, which was graphically beautiful and optimistic. This game has strong themes of conservation and the power of community.

To support Alba’s environmentally conscious message, Ustwo Games aims to plant one tree for each game downloaded with the goal of planting one million trees. This will be achieved in partnership with Ecologi. The studio has also joined Count Us In as a founding member with the goal of using their platform to help Alba’s players take climate-positive actions.

“We’re starting out with a project in in in Madagascar, restoring Mangrove trees, and we will probably expand it to a couple of other projects,” Sayans said. “We’re working with a British company called Ecologi that specializes in helping people support reforestation projects. And so we’re doing that. And I think we look at that as the first step.”

She added, “The game isn’t preachy at all, but it raises your awareness. At the core, Ustwo games are driven by this vision of making something meaningful and available to everyone. We think that games can make you feel really powerful and connected and make you fall in love with a character.” 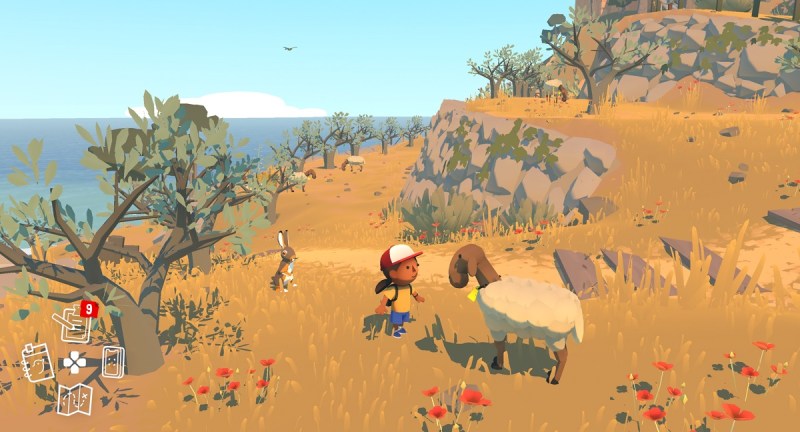 Above: You can meet a lot of animals in Alba: A Wildlife Adventure.

The game has a cute adventurer named Alba and an environment that makes you feel like you’re walking in a painting. The young girl is visiting her grandparents on a beautiful Mediterranean island. Alba is ready for a peaceful summer of wildlife exploration with her friend Ines, but when she sees an animal in danger, she knows she needs to do something about it. Alba soon realizes the island has seen better days and is under threat from a corrupt politician with a devious plan.

With Ines and her grandfather, she can start the movement to save the island. She undertakes task like finding lost pets, discovering rare animals, and enlisting volunteers to fight corruption or repairing a broken bird box.

Sayans said the game has been in the works for two years. Ustwo has about 30 developers, and this game had the biggest team that the company ever fielded for a mobile game.

The company decided to make the game available on Apple Arcade, which is a subscription service that costs $5 a month. Ustwo has focused on making premium games in the past, but with the flood of free-to-play titles, it isn’t easy to sell games for fixed prices anymore. And so Sayans said the team believed the subscription service would work well and help the company reach more players.