Since its launch in 2010, World of Tanks has grown to more than 120 million players on the PC. Its publisher, Cyprus-based Wargaming, said World of Tanks and its sister games World of Warships, World of Warplanes, and World of Tanks Blitz have generated more than 145 million registered players. The company’s franchise is one of those rare enduring free-to-play universes that players keep coming back to over and over.

But that’s not all from the PC. Wargaming has systematically expanded the reach of its free-to-play combat games to new platforms. This week, World of Tanks will launch on the PlayStation 4, and last month, Wargaming launched World of Tanks Blitz (previously available on iOS and Android) on Windows 10, including Windows mobile devices.

Sean Lee, the chief strategy officer at Wargaming, is one of executives who decides which platform to support next. We talked to him about the strategy involved in moving World of Tanks to new audiences and new platforms. Each time, Wargaming hasn’t taken the easy road of doing a straight port. Instead, it has taken its time and created a new version from the ground up. That explains why it has grown to 4,000 employees.

World of Tanks has already debuted on the Xbox 360, where it is the highest downloaded free-to-play game, and on the Xbox One, where it saw more than 1.2 million downloads and 4 million cross-play battles (with Xbox 360 players) in its first month. The mobile version, World of Tanks Blitz, was particularly difficult to design, according to Wargaming CEO Victor Kislyi. But the game has now debuted on Android, iOS, and Windows 10. 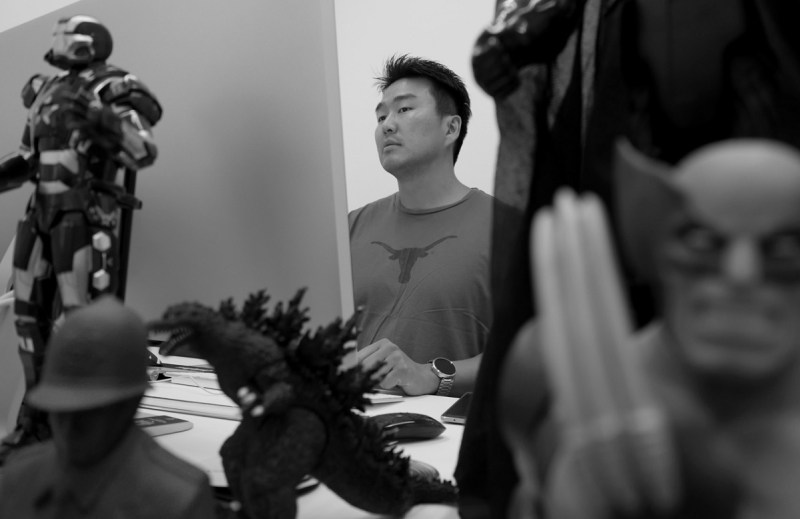 Above: Sean Lee, the chief strategy officer at Wargaming.

GamesBeat: Tell us some background on Wargaming.

Sean Lee: As you know, we started out in 1998 in Belarus as a PC game developer. Single retail box units. Strategy games that we used to do for a very long time. As you also know, we got a nice break, a windfall, cash injection we got from selling one of our technologies, at which point [Wargaming CEO] Victor Kislyi decided to move from traditional single player games to network games, online gameplay. That was World of Tanks. That was still PC. That was our core expertise. We started running with World of Tanks PC, and as you know the growth has been phenomenal.

We came to a realization that from a technical standpoint, there are differences between the platforms, but with that said, from an end user perspective we had a firm conviction that a good game is a good game regardless of platform. We decided to look into the opportunity to move our PC game to consoles. We did research on the various ways to do it.

We were smart enough to realize that without any console background or experience, it was going to be very difficult. We started looking for studios who could help us. We were originally going to do a little RFP process. We were introduced to Denny and his team at Day One Studios in Chicago. Lo and behold, they were actually working on an online PC mech game. They turned around within a week with a demo of what Tanks would look like on a console. They just took what they had and moved it around. They had a lot of console experience.

We hit it off right away and started developing Xbox 360 World of Tanks with Day One. At some point we were so confident in the relationship that we decided to acquire them. They became one of our Wargaming subsidiaries. 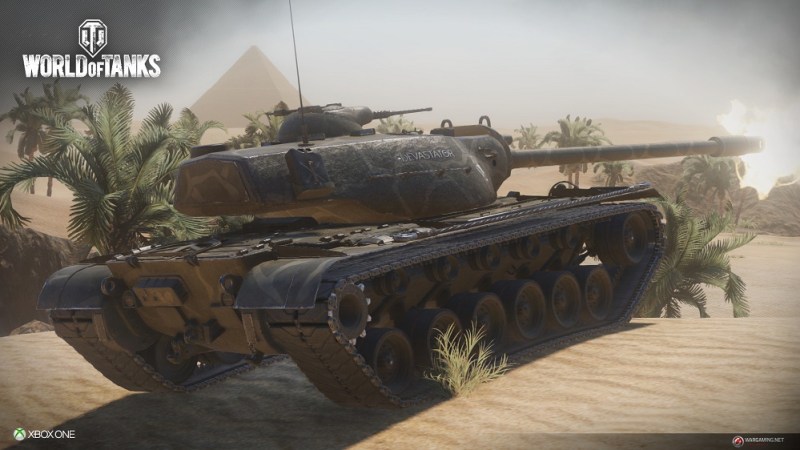 GamesBeat: Was that the beginning of a brand new game, or did you get some use out of all the assets that you already had?

Lee: That’s a good question. Initially the idea was a relatively straightforward port with the necessary adaptations to have the game be reasonably suitable for a console audience. That was the original perspective. A lot of the backend technology, server tech, art assets, and to some degree the user experience, all that was carried over from the PC side.

The part where Victor and Denny made the right call—After we did some prototyping on that straightforward port, we realized that this was probably not the best way to approach. A lot of work was done on the general UI and UX, as well as the controls. Moving from mouse and keyboard to console controllers is a big jump. We did some heavy adaptation there.

The other part was, a console audience has a different behavior pattern with their game experience. We slowly modified nuances of interaction. For example, the monetization pieces, the bundles and parts we would sell, we adapted them to be more friendly to North American console users. We ended up making a fair amount of changes. That accelerated as the game went live.

GamesBeat: How long ago is that now? Did it take you guys a certain amount of time?

Lee: We engaged with Day One Studios in the first half of 2012. We started prototyping a little bit after E3 of that year. Overall development of the Xbox 360 version took 14 or 15 months.

GamesBeat: And the Xbox One is the next platform?

GamesBeat: And that involved higher resolution images? Does that make much of a difference for you guys? Or was transferring it over not as difficult?

Lee: Day One Studios, or Wargaming West as we call them, had experience with Microsoft and the console platforms. They launched and operated Xbox 360 for a while. So it was an easier transition to go to Xbox One. It took a similar amount of time, a year and a few months, to get there. But the process was a bit easier.

One of the added benefits of moving from 360 to Xbox One was—We were able to talk with Microsoft about changing their policies on cross-platform experiences. One innovation we brought was that the Xbox 360 users can cross-play with Xbox One and vice versa. We’re very happy with the overall performance and experience we’re having on 360 and Xbox One.

GamesBeat: Is cross-play difficult to do for any reasons?

Lee: Yes and no. The biggest difficulty was from the Microsoft policy standpoint. There was no policy allowing interactions between different platforms. But when we discussed the idea with Phil Spencer, he was excited about the possibility and the potential it could bring to impact both 360 and One. Multiplayer games require a significant user base for matchmaking. We needed the 360 user base to make a meaningful match for Xbox One users. Spencer championed that cause for us within Microsoft. I understand it escalated to a pretty high level before they would allow for that cross-platform interaction.

Lo and behold, we have cross-play between 360 and One. Matchmaking is much better. The experience between the two is smooth. Some minor technical adjustments needed to happen on the Microsoft side, from the authentication standpoint, to make that happen. But it’s the same back-end. It was relatively straightforward on our side. 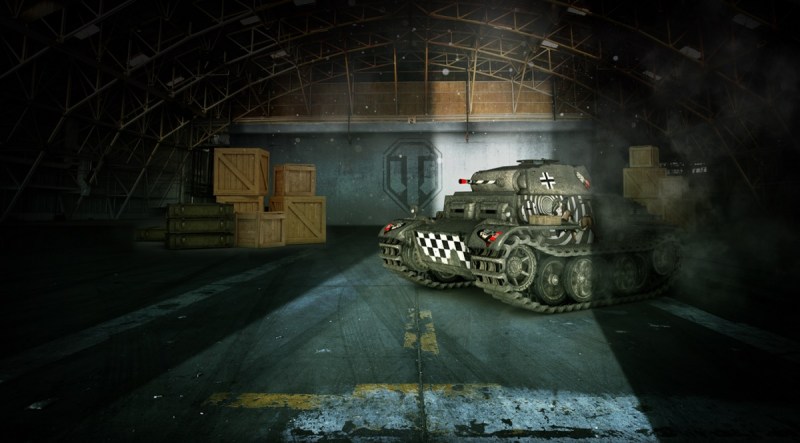 Above: World of Tanks is coming to the PS4.

GamesBeat: The usual challenge for free-to-play games on consoles is that they always need the highest installed base to have a few percent of their players paying for things. You guys are different in that you have more engaged players, right? They tend to buy more. Can you talk about that?

Lee: You touch on the main issue. Some people ask us why we decided to go 360 instead of the new generation of consoles. It’s exactly what you’re talking about. The funnel we need, the influx of users, made us realize we needed a mature audience base upon which to launch the game. That’s why we chose 360. At the time they had roughly 80 million consoles around the world. That was good enough for us.

That said, even with that 80 million, from the PC online perspective that’s a pretty small base. But to your point, the console audience is made up of engaged gamers. They’ll convert at a much higher rate than a typical PC audience. That combination allowed us to get the green light to launch our game on 360. Subsequently, cross play was the critical piece. With that approved by Microsoft, the Xbox One launch made sense.

GamesBeat: What’s the status of cross-play with the PC and Windows 10?

Because we have an existing Windows tentpole title there, the existing World of Tanks, we wanted to take a different strategy there. The perspective is, “Can we provide a much more mass-market product – less core gameplay, not as difficult compared to World of Tanks — that can run on lower-spec devices and reach a broader audience?” That was the idea behind World of Tanks Blitz, which is the same experience as our mobile version, for the Windows 10 store.

GamesBeat: What was the timetable on that, as well as the original Blitz?

Lee: When Wargaming refers to Blitz, we’re talking about a more approachable version of the tentpole title. World of Tanks is a more difficult, more in-depth, more engaging experience. Blitz is a bit more casual, a more mainstream experience. An end user with a PC has a choice now. If you’re a hardcore gamer you’d go straight for the tentpole PC game. If you’re more casual, you can gravitate toward Blitz on Windows 10. It’s a lot easier to start playing and having fun.

GamesBeat: Is it not a good idea to have cross-play between Blitz and the tentpole version?

Lee: It’s something we’re constantly thinking about and discussing. The relationship with Microsoft and the ecosystem Microsoft has building definitely fosters and allows for that. From our perspective, if you’ve had a chance to play the traditional PC version versus the Blitz version, they’re distinct experiences. In some sense the only similarity between the two is the fact that they’re about tanks fighting each other. Outside of that, a lot of the surrounding experience is significantly different. Consider them two different games. Cross play is not going to be possible. That said, it’s something we think about pretty seriously.

Just to explain a bit more about Blitz, we only launched a few weeks ago and we’ve had more than 100,000 downloads. The interesting thing is that the average play session is 118 minutes on the PC version of Blitz.