Left 4 Dead fans aren’t getting much fan out of Valve. But have no fear. Saber Interactive is picking up the mantle with World War Z, a co-op shooter coming in 2019 to the PC and consoles.

World War Z doesn’t feature Brad Pitt, but it does carry the license from the popular Paramount Pictures property, which featured swarms of terrifying and fast zombies. Saber Interactive CEO Matt Karch runs the 450-person studio, which has been making the game for the past three years. He takes inspiration from the World War Z book, but he also wants to make sure that fans of the movie get their fill.

Like the upcoming Days Gone, World War Z features hordes of more than 500 zombies that act as a kind of hive mind, building bridges with their bodies to scale walls and span gaps. Your job as the player will be to team up with other co-op players and mow down as many zombies as possible. Karch’s team created the Swarm Engine to render zombies on the move in huge numbers.

So far, the demos look superb, and the only question is whether fans have had too much of the swarm of zombie games. I talked to Karch about the game and expectations for its launch in 2019. 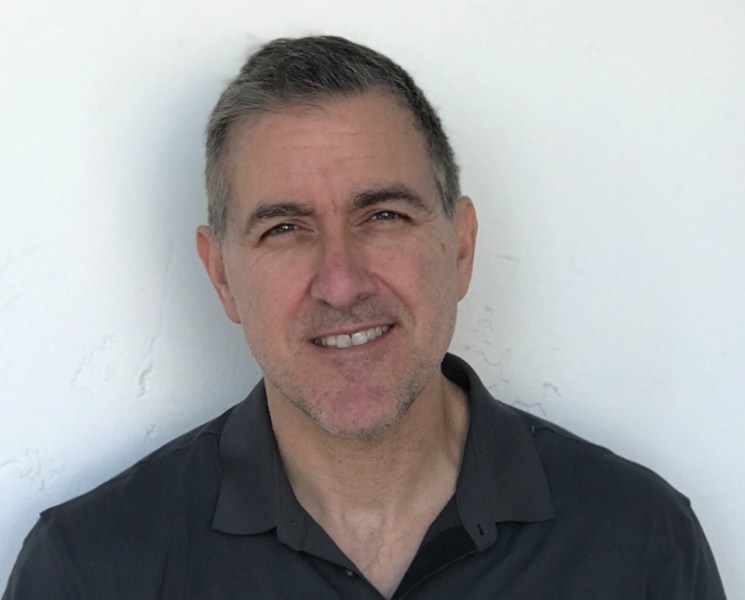 Above: Matt Karch is CEO of Saber Interactive.

GamesBeat: I was just checking out IGN’s headline about the World War Z game. It says “looks surprisingly good.” I guess that’s where we are with zombie games these days. There’s a certain amount of snark to it. What would you say about where we are with these kinds of games?

Matthew Karch: I think that the “surprisingly good” comment might also come from the fact that it’s based on a license. There’s always skepticism that a developer is going to cash in on a license and do a subpar game as a result. We certainly haven’t approached it that way. We looked at this game as an opportunity.

We’re not releasing with a film. We’re releasing independently. The model we looked at, if you remember the Chronicles of Riddick game back in the day, that was quite good and it was totally unrelated to the film. It didn’t release with the film. It needed to stand on its own. We’ve taken that approach from the start.

We’re an independent developer, right? We’re fairly large for an independent, with about 450 developers in our two primary core studios, but we still don’t have the budgets of an EA or an Activision to go out there and market a new title, a new brand, and bring awareness of something that doesn’t already have recognizable staying power. From our perspective, grabbing a license, especially one that fits the game we wanted to create, was the perfect way to get that awareness without having to spend tens of millions of dollars to make our potential audience aware of the franchise.

We’re huge fans of Left 4 Dead, and I think that comes across in some of our videos. We wanted to create an experience which mirrored that experience, or maybe the best way to put it — that was inspired by that. We didn’t see any more Left 4 Deads in the pipeline. We thought this was an opportunity to create an experience we loved that would kind of be an evolution of that. That’s a long-winded intro, but I hope I answered your question.

GamesBeat: How much time have you put into this so far? How did it all get started?

Karch: It’s actually been three years of development. We wrapped up on one of the Halo projects we were working on. We had a team available and we were looking for the next thing to do. This was prior to us starting to work on Quake Champions. We had an opportunity — there’s a guy who at the time was handling licensing for games at Paramount. We reached out to him and said we were interested.

I was a huge fan of the book. There was a lot of skepticism about the movie, which I think was unfounded. Admittedly it’s not like the book, but it’s a great experience in its own right. I think it stands on its own. But the movie had, at the time, been getting some bad pre-release buzz, I guess you could say. But we thought that in our case, we wanted to explore it. They took us in and let us see the movie early. I’m not Siskel or Ebert but I liked it. I felt like it was going to do well, and so we made a decision to grab the license, because we wanted to make an experience that matched with what the movie had on offer.

We had a small team on it initially. Over the last three years the team size has grown significantly. We’ve had well over 100 people working on the game for a long while now. Every time we showed it to somebody, people got more excited, and that encouraged us to put more into it. We announced we’re launching the game with three episodes of three levels each, but we’ve decided to add a fourth episode we were going to release as DLC and include that as part of the package. We want to create as big a bang out of the box as possible, because we think this game is really good.

The game is a combination of the book and the movie. They have the fast-moving zombies in the movie, while in the book they have the little vignettes of story about all the different individual characters. We’ve tried to adapt both of those. The game doesn’t feature Brad Pitt. It’s not that type of experience. It’s a fast-paced crazy co-op multiplayer, hopefully scary as hell third-person shooter.

GamesBeat: We’re in a state in the market now where there are just no guarantees. I played Earthfall, a sci-fi take on Left 4 Dead, almost down to every character and creature, and it bombed. I felt like I was one of about 10 people trying to play co-op. “Is anybody out there.” Overkill’s Walking Dead game had a pretty bad start as well. Even with a license, the market can be very treacherous.

Karch: Absolutely. My personal opinion of The Walking Dead — this is not a reflection on the developers. I’ve known them for many years and like them a lot. But a lot of games have released with The Walking Dead license. I think there was a bit of market confusion about that license. Once again, it’s a different type of experience. It’s a slow, brooding type of zombie experience. We’re looking to create something that’s fast and furious.

World War Z, you have fans of the book and fans of the movie. Sometimes there’s not a lot of crossover. We’re trying to be that crossover. We’re trying to appeal to both. I hope we succeed, but you’re absolutely right. It’s very unpredictable these days. Although I will say, in the case of a Walking Dead, when they showed it at E3 it was clear that people were down on it. You kind of get an indicator before a game releases as to how it might perform. In our case we feel a positive buzz.

We’ve worked on a lot of things. We worked on multiple Halo titles. We did Quake. We did NBA. We worked on our game TimeShift way back in the day. I’ve never seen more buzz for anything we’ve done, more hype or excitement, than we’re seeing for this product. It’s an encouraging sign. Whether it’s going to take off or not, I don’t know, but I’m definitely liking the signs.

GamesBeat: I had a similar reaction. I hadn’t heard much about it, but when I saw the trailers, I thought, “That swarm activity looks really good.” It did remind me a bit of Days Gone. You guys have been working in parallel a bit. But it made me think it must be really hard to do that swarm effect. Can you talk about your game engine and what it’s capable of?

Karch: Days Gone, it’s a single-player experience. At some point I went to Sony and said, “I’ve seen what you’re doing with Days Gone. Look what we’re doing with World War Z. Maybe we can help you with a multiplayer component.” But they were obviously too focused, and understandably, on what they needed to do to get that game out.

We were already under development when we heard about it. Of course we took a deep sigh, when you know Sony is going to be putting major marketing dollars behind a title that’s highlighting the swarms the way they were. It took a little wind out of our sails. But since then they’ve focused less on those swarm elements and more, I think, on the story aspect of their game. I don’t know if we’re in the clear, is the way to put it, but there’s a market for both games, what we’re both doing.