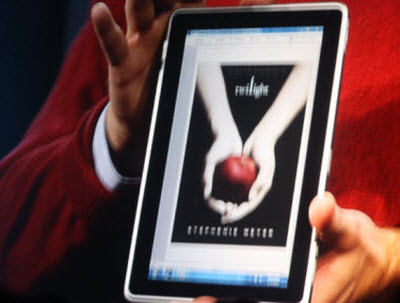 During Hewlett-Packard‘s analyst conference call today, the company acknowledged that strong sales of rival tablet computers (such as the Apple iPad) have hurt sales of notebook computers.

HP hit its overall earnings, but the growth was driven by enterprise growth, not consumer sales.

Todd Bradley, head of the consumer-focused Personal Systems Group at HP, said on the earnings call that HP saw a slow start to the back-to-school season in consumer computer sales. He said that back-to-school sales have begun, and now the overall market growth is on track. But he admitted that notebook sales were likely impacted by strong sales of tablets (without specifically mentioning the fast-selling iPad). He said HP is not pursuing market share at all costs by selling lowest-margin PCs.

He said that HP bought Palm for $1.2 billion in part to deal with the threat from tablet computers and that HP will launch a new tablet computer based on Microsoft’s Windows software “very soon,” which likely means in the coming weeks. On top of that, he confirmed that HP will launch a tablet based on Palm’s WebOS software in early 2011. Back in January, HP allowed Microsoft chief executive Steve Ballmer to show off a tablet prototype at the Consumer Electronics Show. Some thought that tablet was dead in the water after HP bought Palm, but that evidently is not true.

Critics have lambasted HP for cutting its costs so much that it failed to invest in research and development under chief executive Mark Hurd. That left the company unprepared for the launch of Apple’s iPhone and iPad. But Cathie Lesjak, chief financial officer and interim chief executive, denied that HP had under-invested in those areas.

“We have three year plans in place with accelerating R&D and sales growth,” Lesjak said. “We have funded a number of initiatives that are still to come.”