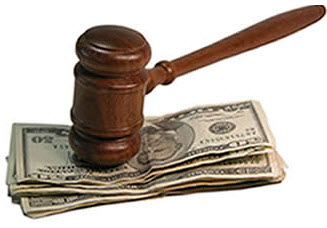 Hewlett-Packard‘s board was sued today over the departure of Mark Hurd. A Connecticut-based law firm filed a shareholder suit in Santa Clara County Superior Court against HP’s board, saying the directors violated their duty to shareholders in the investigation of Hurd.

The suit alleges that the HP board violated corporate governance guidelines by failing to inform shareholders of the investigation and says that Hurd’s $35 million golden parachute is too high. It’s just one more expected headache from the fallout of HP’s latest soap opera. Hurd resigned on Friday after the board investigated a report of sexual harassment by Jodie Fisher, a former actress and a marketing contractor for HP’s CEO Summit events. The board said it could not substantiate the harassment charge, but it found that Hurd failed to disclose his close personal relationship with Fisher and filed incorrect expense reports. After the announcement, HP’s stock took a dive, wiping out $10 billion in shareholder value.

Meanwhile, HP is getting on with the process of interviewing executive search firms to find Hurd’s replacement. HP clearly wants to put this debacle behind it, but the episode hasn’t quite run its course in the media yet.