HP today unveiled its all-new Chromebook at an event in New York.

The new HP Chromebook 13 sports a 13.3-inch screen and comes replete with a QHD+ (3200 x 1800) resolution display, which is among the highest resolutions yet for a Chrome OS-based machine. The all-metal case is 12.9mm thick which is, well, pretty thin, and the basic model weighs in at 1.29kg (2.86 pounds). It also comes with up to 16GB of memory and promises up to 11.5 hours of battery. 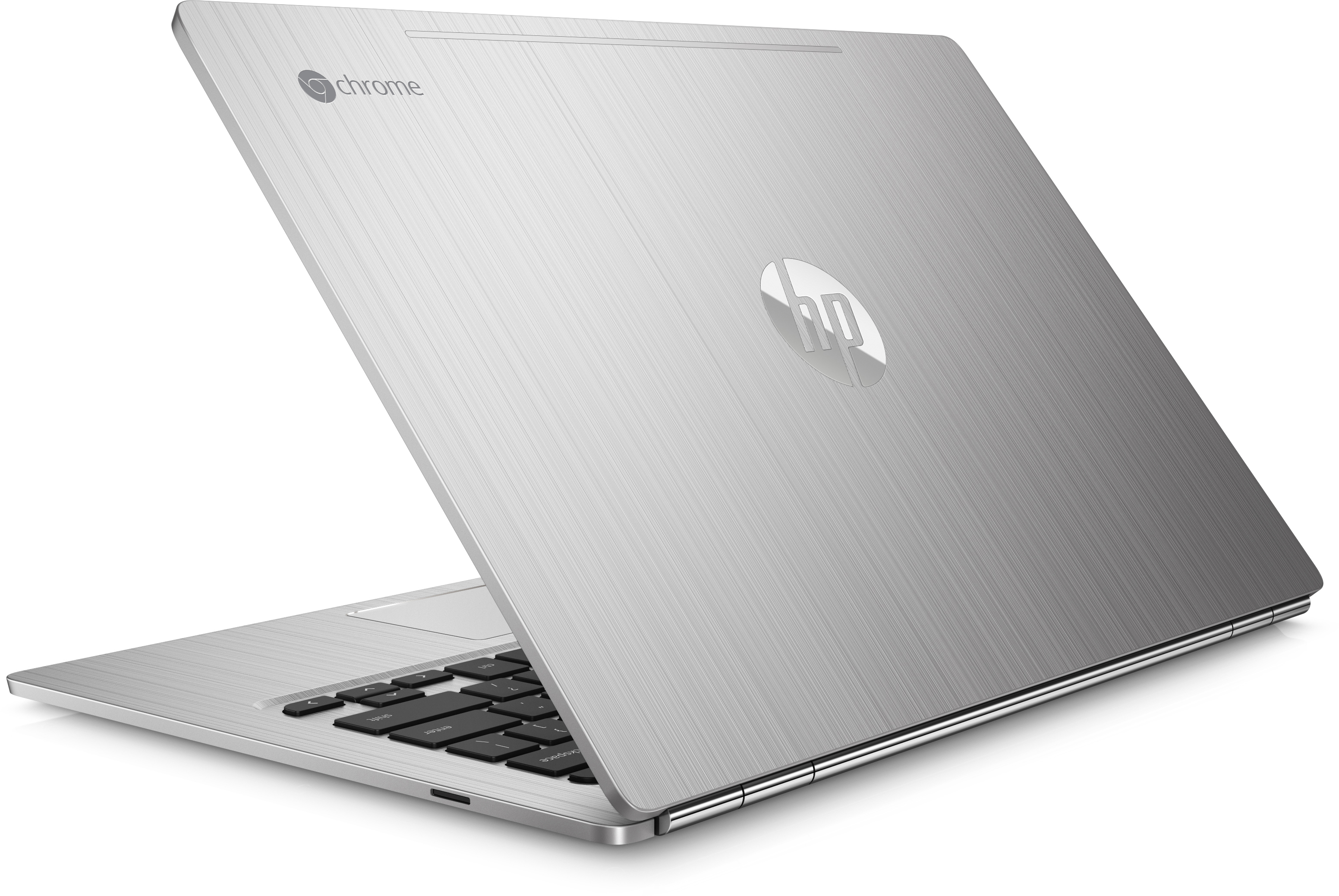 The new HP laptop is the company’s fifth Chromebook, following the Pavilion Chromebook, Chromebook 11, Chromebook 14, and Chromebook 11 G3. But perhaps the most notable facet of today’s launch is the processor this puppy packs: It’s the first Chromebook to use the sixth generation Intel Core M, which is designed for thin, ultra-mobile devices. The processor is smaller, which means it requires less power and thus generates less heat, negating the need for a noisy fan.

Targeting the enterprise, HP said at the event that the device relies on a USB-C docking station to connect to multiple external displays (as many as five at a time) and is available with an optional “matte HD” screen.

The 13’s bottom-end configuration starts at $499 and is available for preorder today, though HP says it won’t ship until May 6th. 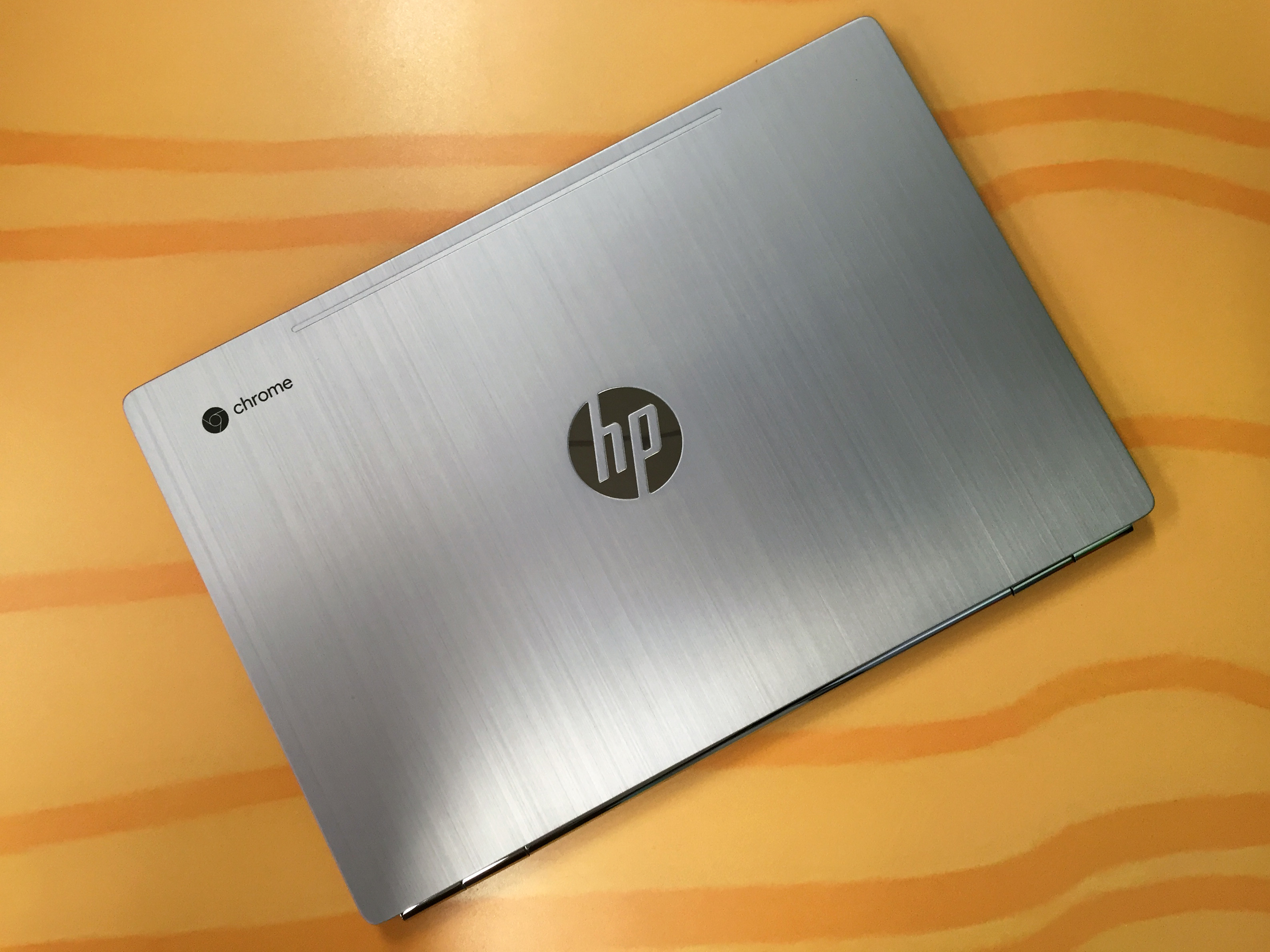 For a roughly $500 laptop, the Chromebook 13 has a nice feel. It’s light, but feels sturdy and pretty solidly built. And it’s thin, but not remarkably so. 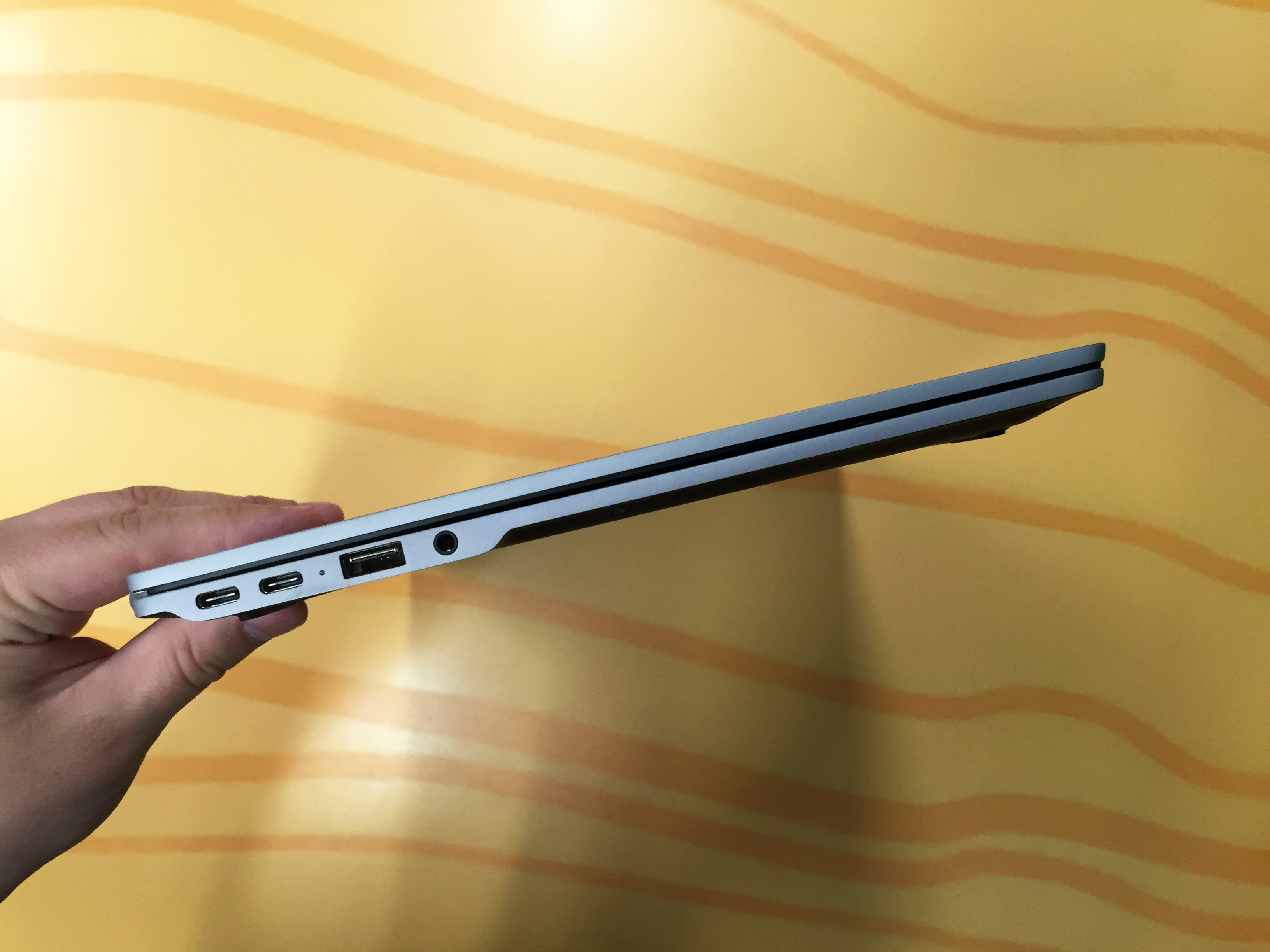 I can’t say I love the brushed-metal finish and shiny, literally chrome hinge, but this is certainly a good-looking laptop overall — particularly for an enterprise-friendly device. 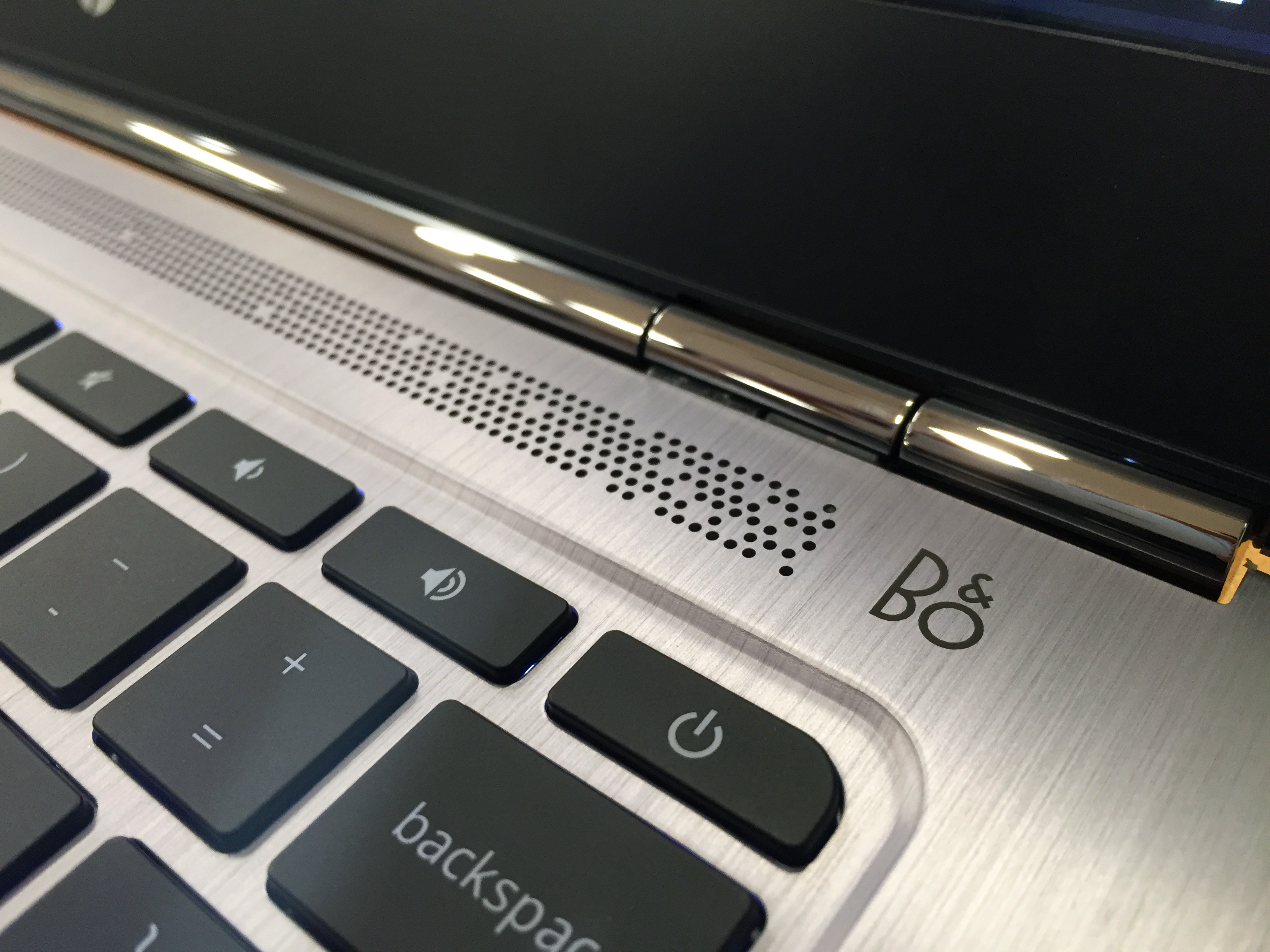 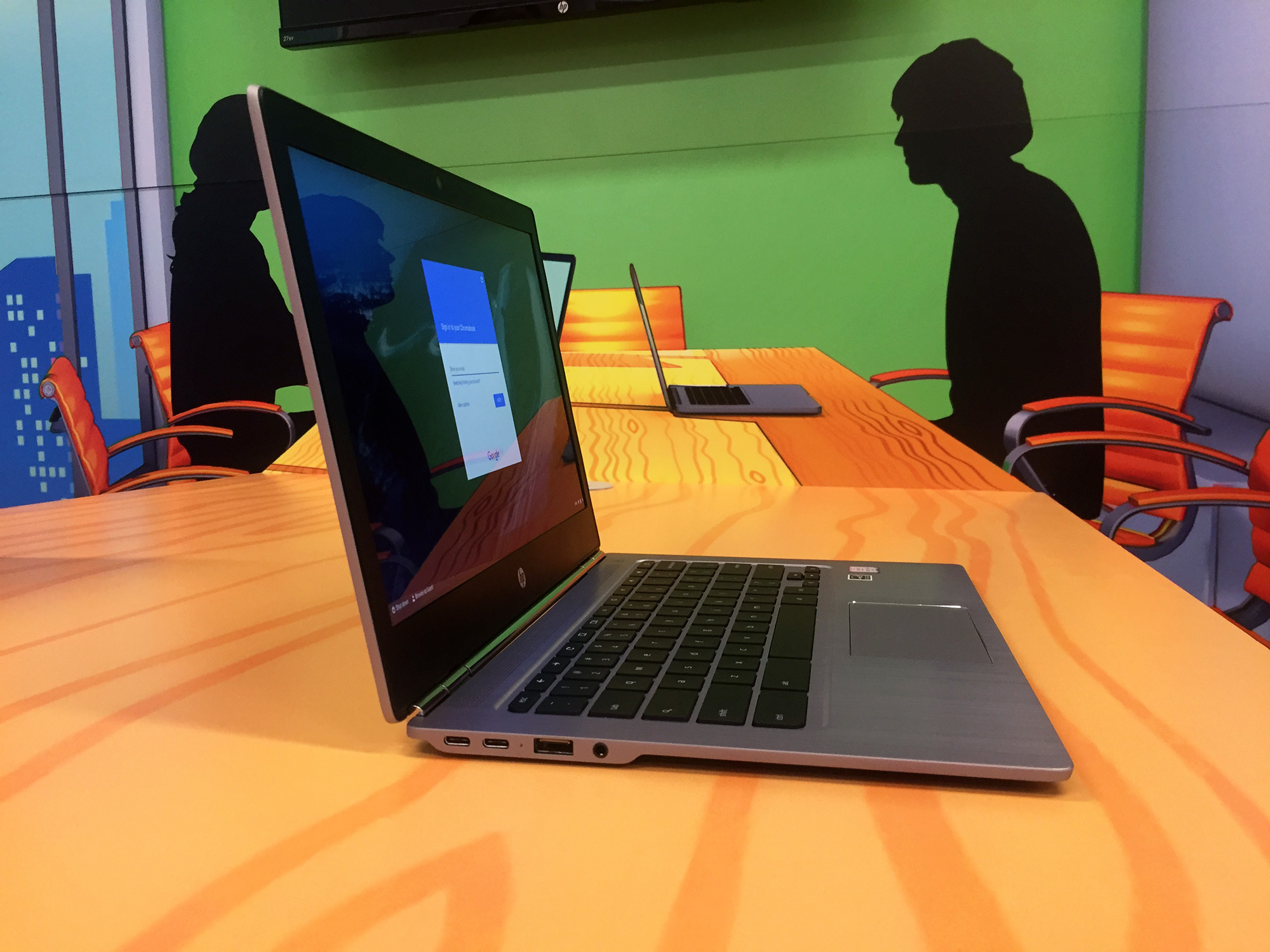