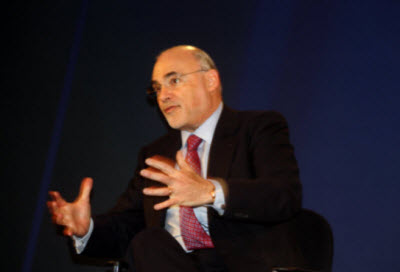 Hewlett-Packard said on Mondaythat it plans to spin off its personal computer division and is working on how to separate the unit from the rest of the company.

The company previously said in what turned out to be a disastrously planned announcement that it would consider selling, spinning off, or keeping its PC business. It also shut down its WebOS tablet business at the same time it was paying $10 billion to acquire software firm Autonomy. The moves are some of the biggest decisions made by chief executive Leo Apotheker since he joined HP in October. The stock market hated the move, sending HP’s stock down 20 percent.

“We prefer a spin-off as a separate company and the working hypotheses is that a spin-off will be in the best interests of HP’s shareholders, customers and employees,” a HP spokeswoman said in a statement to Reuters. “However, we have to complete the diligence process and validate this assumption, including fully understanding the dis-synergies in separating the PSG business from HP.”

HP has said the whole process could take 12 to 18 months, but a decision is expected by the end of this year. At the end of this process, Apotheker is either going to be a hero or he’s going to be out of a job. Critics have already said that HP should have followed IBM’s move, securing a deal before announcing to the world that it planned to exit the PC business.