Stung by its failures in the mobile computing business, Hewlett-Packard said it would cut 27,000 jobs today. That amounts to 8 percent of its 325,000-person work force.

The cuts will be implemented by October 2014, giving employees affected considerable time to find new jobs. Dubbed a “multi-year restructuring,” the move is aimed at making the company more innovative and cost efficient. It will include an early retirement program and a one-time charge of $1.8 billion.

“We are making progress in our multi-year effort to make HP simpler, more efficient and better for customers, employees, and shareholders,” said Meg Whitman, HP chief executive. “This quarter we exceeded our previously provided outlook and are executing against our strategy, but we still have a lot of work to do.”

Regarding the layoffs, Whitman said, “These initiatives build upon our recent organizational realignment, and will further streamline our operations, improve our processes, and remove complexity from our business. While some of these actions are difficult because they involve the loss of jobs, they are necessary to improve execution and to fund the long term health of the company. We are setting HP on a path to extend our global leadership and deliver the greatest value to customers and shareholders.”

HP will continue to invest in core research and development, enterprise servers, software, and services. This year, HP expects to shed about 8,000 employees. 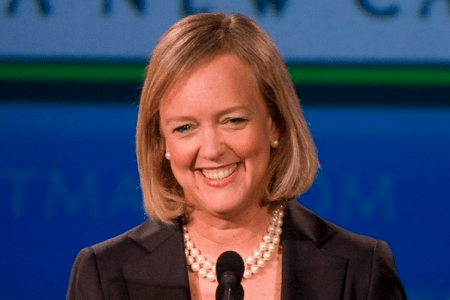 The company made the announcement as it released a solid earnings report for the second fiscal quarter ended April 30. The layoffs are a part of chief executive Meg Whitman’s strategy to turn the Silicon Valley giant around.

Second-quarter revenue was $30.7 billion, down 3 percent from a year ago.

Analysts surveyed by Thomson Reuters expected HP to report revenue of $29.9 billion and non-GAAP earnings of 91 cents a share, compared to sales of $31.6 billion and earnings of $1.24 a share in the same period last year.

Investors will be focusing their attention on HP’s PC business to see whether the notebook weakness identified by Dell has reached Palo Alto.

HP may not be as bad off as Yahoo, the sick man of the valley, but it hasn’t kept up with the times. Its rival, Apple, has taken over HP’s old properties in Cupertino and is building a futuristic, spaceship-like headquarters on top of them.

In the first fiscal quarter, HP had revenue of $30 billion and GAAP net income of 73 cents a share, above its previous outlook of 61 cents a share. The company closed the quarter with $8.7 billion in cash.