The company unveiled the second generation of Sprout computers at CES 2017, the big tech trade show in Las Vegas this week. Brad Short, creator of the original Sprout and distinguished technologist at HP, showed off the dual-screen machine at a preview event for VentureBeat.

The machine is targeted at creators across a variety of industries and schools, moving us a step closer toward enabling a “creator economy,” a world dominated by people who create things rather than just consuming them.

The all-in-one computer has a 23.8-inch diagonal touchscreen monitor, as well as a 21.3-inch diagonal HD touch display that is projected onto the surface in front of the computer. The original Sprout only had touch capability on the screen projected onto that mat. Now you can write on the projected touchscreen with a pressure-sensitive active stylus. You can press lightly or press firmly to make a deeper line. “We’ve added an active stylus so that it really becomes a true design tool,” said Short. 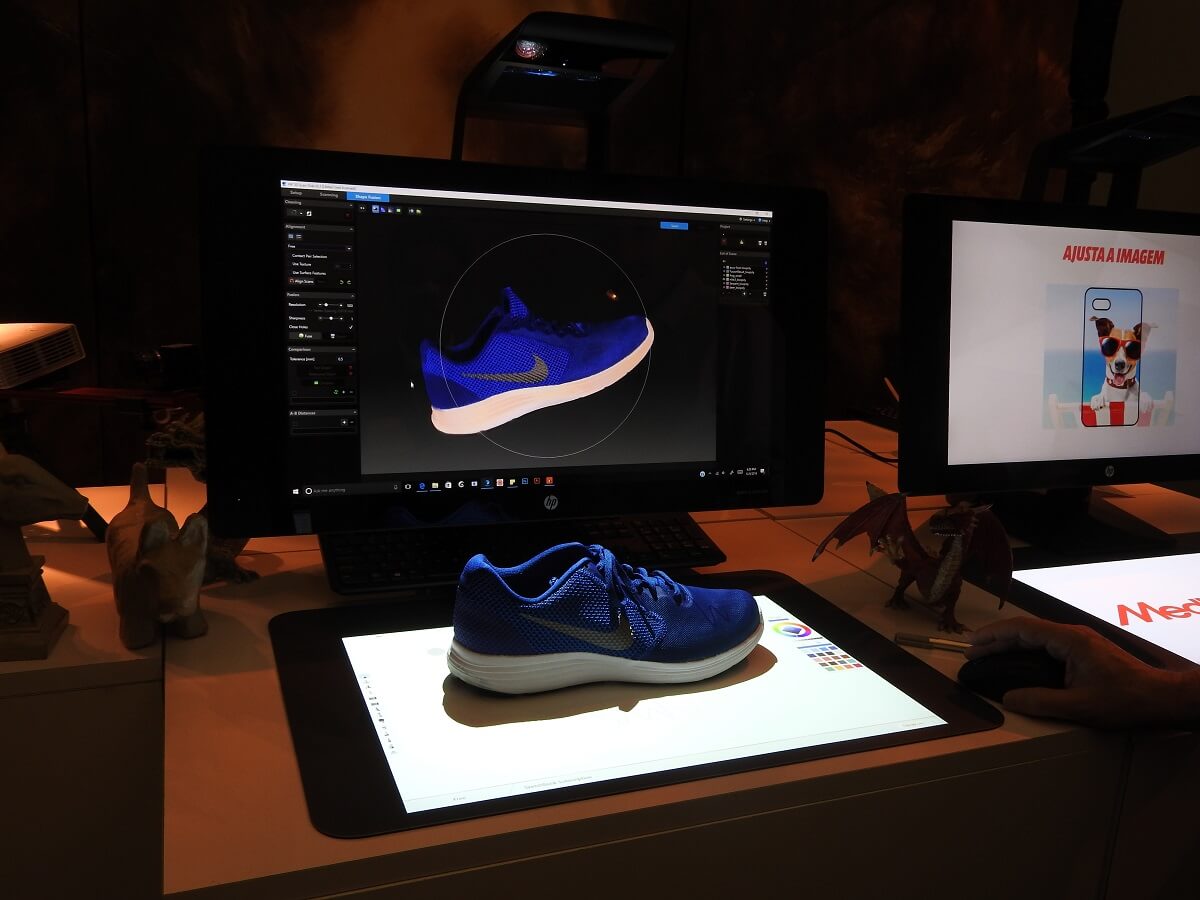 Above: HP’s Sprout Pro G2 can scan a shoe accurately in a matter of minutes.

The projection screen’s resolution is 1920 x 1080, the same resolution as the main screen.

“That’s a huge advantage for moving things back and forth between the screens,” Short explained.

The Touch Mat is 2.2mm thick and can take 20 points of contact, so more than one person can have their hands on it at once.

The redesign has made the machine more immersive and responsive. It also has a darker color scheme, and there’s a space under the monitor where you can store the keyboard and keep it out of the way when it’s not in use.

Short demonstrated how you can use 2D and 3D scanning software to scan images, such as a tennis shoe, into the computer as 3D objects. You can then manipulate the 3D object in the computer, modify it with the stylus, and print it out in a redesigned form, using a 3D printer.

It uses an upgraded Orbit 3D-sensing camera for scanning. Previously, HP used an Intel RealSense camera. But that worked better for longer ranges, while Orbit is good for short ranges, which allows for greater accuracy in 3D scanning. 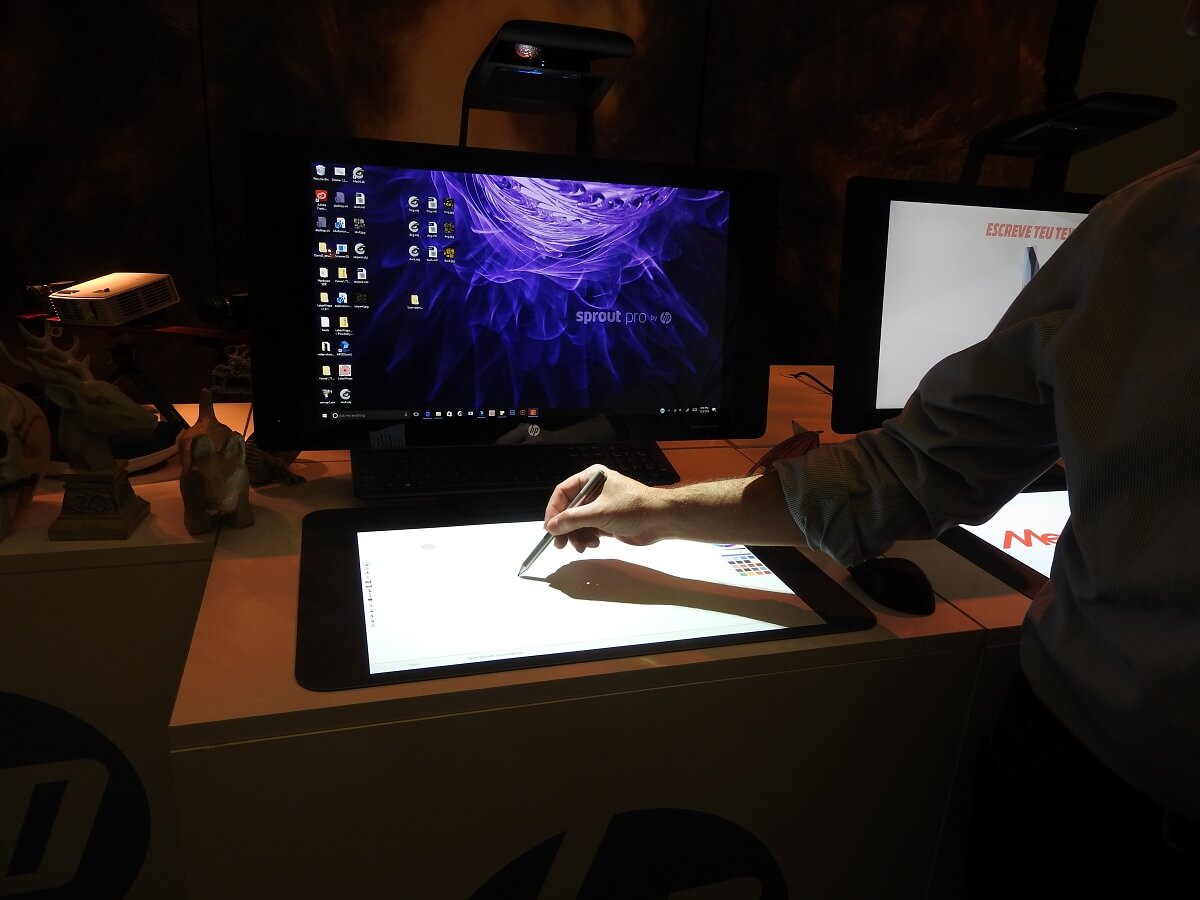 Above: You can write with a stylus on the projected screen on the HP Sprout Pro G2.

“This time, we are emphasizing third-party apps over our own apps, which are more like utilities,” Short said. “The types of scans we get are phenomenal. We could scan an object in five minutes.”

Sketchfab lets you scan 3D objects and then share the scans with other people.

He demonstrated that the scanning software is smart enough to delete his hand when he is holding a shoe. He also showed how he could instantly change the texture on the shoe, modifying its surface or color.

The pricing for commercial customers will be revealed later. The machine will ship in March 2017 in selected countries.