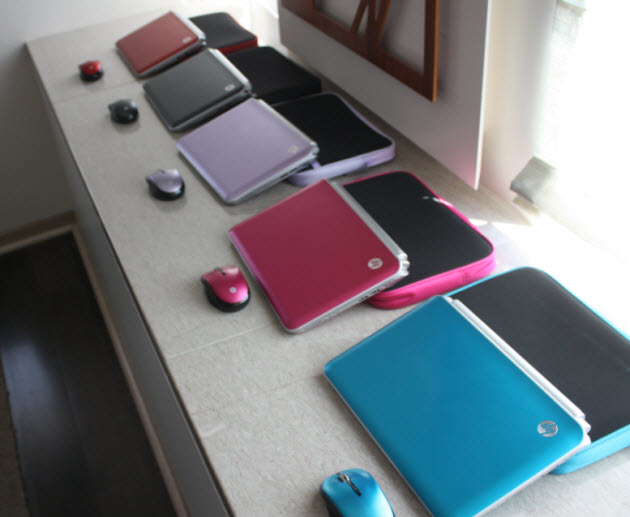 Hewlett-Packard may not have a permanent chief executive. But it hasn’t stopped launching loads of new products. Today, the company is taking the wraps off its fall line-up of consumer laptop and netbook computers.

The flagship is a 3D laptop (below, right) that is very Apple-like in its elegance. The Envy brand, originally created by the Voodoo PC business that HP acquired, is as elite as HP gets. HP trots out the brand whenever it has something it thinks will go up against the very best of what Apple can design.

The HP Envy 17 3D is the company’s first foray into stereoscopic 3D viewable laptops, which have already been fielded by the likes of Dell Alienware, and Origin. HP’s Envy isn’t targeted at gamers per se, but it does focus on enthusiast consumers. The laptop has a 17.3-inch screen that can support 1080p (high-resolution) high-definition movies as well as a Beats branded audio system. It comes with HP 3D active shutter glasses (from Xpand), which provide a pretty crisp viewing experience. The machine has up to two terabytes of hard disk space, a quad-core Intel Core i7 processor, and ATI Mobility Radeon HD 5850 graphics. The laptop will be available this holiday season; pricing is still to be announced.

HP is also launching the HP Envy 14 Beats edition (left), which has a red and black design as well as an audio system created by Beats by Dr. Dre. The system is designed for music aficionados. It’s a follow-up to the first Beats edition laptop launched last October. HP is proliferating the Beats technology through its Envy laptops as well as its HP Pavilion dv7 and HP TouchSmart 600 computers. The Beats model comes with Adobe Photoshop Elements 8 and Adobe Premiere Elements 8 software for photo and video editing on select models. It gets 6.5 hours of battery life. It has ATI Mobility Radeon HD 5650 graphics and an unreleased Intel Core processor. It costs $1,249.

Then there’s the HP Wireless TV Connect, which lets consumers plug an adapter box into a laptop and another adapter box into the HDMI (high definition multimedia interface) of a TV. The laptop can then display its screen on the larger TV or display. It can wirelessly accommodate 1080p HD images and Blu-ray content. You can watch movies, videos, photos and other content without the clutter of audio or video cables or software installations. The wireless is fast, so it minimizes any lag in transferring images or video. Since the adapter gets power from the laptop’s own universal serial bus (USB) port, you don’t have to plug it into an electrical outlet. It will be available in October for $199. 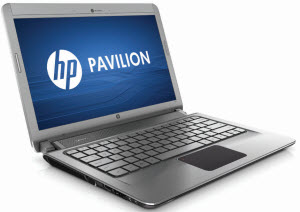 HP is also launching the HP Pavilion dm3 laptop with an intelligent cooling system, aimed at minimizing heat. When you put it on your lap, it won’t feel hot. HP’s CoolSense technology cools the machine, which has air vents in the right spots to create a path for air flow inside the machine. HP added its Thermal Assistant software to detect how the PC is being used and shift it into maximum cooling or maximum performance modes. The dm3 has a 13.3-inch screen and gets up to 7.5 hours of battery life. It’s less than an inch thick and costs $549.

Meanwhile, HP is getting all colorful with the new additions to its line of mini notebook PCs (pictured at top), which are considered “ultra-portable” devices. The HP Mini 210 is dubbed a “companion PC” to keep you company wherever you go. It has built-in wireless networking, a webcam, microphone and a keyboard that is 93 percent of full size. It has an option for a new dual-core Intel Atom processor, the N550. You can also order Intel N455 or N475 versions. The machine is less than an inch thick and weighs 3.1 pounds. It gets 10.75 hours of battery life and comes in five colors. (The names are hilarious for their marketing spin: charcoal, crimson, red, lavender frost, luminous rose, and ocean drive). Among the options: You can use Evernote note-taking software that lets you quickly capture and search for notes. The HP Mini 210 is available now in the U.S. for $329. 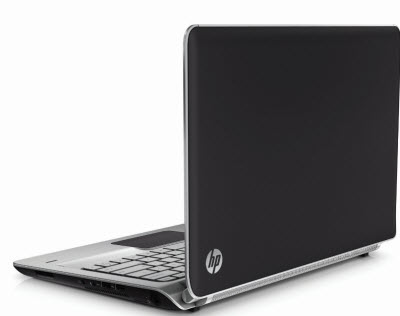 HP is also launching the HP Mini 5103 (right), the latest small laptop with a 10.1-inch touchscreen. It has an Intel Atom low-power processor and features an all-metal case in a new “espresso” brown color. It weights 2.64 pounds and is aimed at mobile professionals and students. It has Intel’s new dual-core Atom processor, the N550, as well as options for the N455 or the N475. You can get it with a standard screen or touchscreen. The keyboard is 95 percent of standard size. It has a Broadcom HD video decoder card that lets it play 720p or 1080p HD videos. It has a battery life of 10.25 hours and includes the previously launched HP Day Starter, a program that lets you view your daily calendar before you boot up your machine. The HP Mini 5103 is available in the U.S. now for $399.

Absent from the line-up is anything new from HP’s newly acquired Palm division. But Palm’s Timothy Pettit, a senior product manager, said that Palm is working on version 2.0 of its WebOS operating system for its mobile phones and tablets. The new operating system will be used on the upcoming WebOS tablet computer, dubbed a Slate, coming in early 2011.