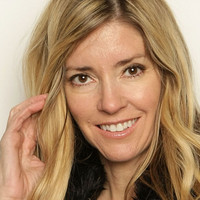 The PR nightmare that Hewlett-Packard sought to avoid showed no signs of petering out today as Playboy posted nude photos of Jodie Fisher, the woman who brought down HP chief executive Mark Hurd.

The spreading of the scandal seems to grow in direct proportion to the efforts HP applied in trying to stop it. HP released its news about Hurd’s resignation on Friday. It disclosed some details about the resignation, saying that Hurd fudged his expense reports and failed to disclose a “close personal relationship” with Fisher.

Fisher came forward on Sunday in an attempt to do Hurd a favor, noting that she never intended for him to lose his job. And HP said on Sunday that it would no longer discuss matters related to Hurd’s situation. But then the media started digging into Fisher’s background and quickly found she had starred in a variety of steamy softcore porn movies — like Body of Influence 2, Intimate Obsession and Sheer Passion — when she was in her 30s. Now 50, Fisher has been a vice president at a commercial real estate company, an HP marketing consultant, and now a branch manager at her mother’s New Jersey staffing agency, according to the Wall Street Journal.

The Journal said that Fisher was typically paid $1,000 to $5,000 for each of HP’s CEO Summit events at fancy hotels around the world. Her job was to help sort through the clients and put Hurd together with the most important customers who attended the events.

Any attempt to keep a lid on the story is now failing. Yesterday, the press dug out a photo from a 1980 nude photo shoot that Fisher did, and then Playboy today posted 16 nude pictures from that photo shoot. HP said that Hurd should have disclosed the “close personal relationship” with Fisher, but Fisher herself said they didn’t have sex. Hurd, meanwhile, has received a $28 million severance package. Fisher accused Hurd of sexual harassment and hired Hollywood attorney Gloria Allred as her counsel, but Fisher did not file a lawsuit against Hurd. Instead, Allred’s office sent a letter to HP’s outside law firm, sparking an investigation. There was no substantiation of sexual harassment claims, but the investigation did reveal Hurd’s pattern of fudged expenses. Hurd settled the harassment complaint privately.

Meanwhile, HP confirmed to Fortune that Hurd’s top assistant, Caprice Fimbres McIlvaine, head of internal communications at HP, has resigned as well. She reportedly hired Fisher, setting in motion the events that led to Hurd’s resignation.

Perhaps this story is going to run out of steam after a night or two of coverage on the TV tabloid shows. The New York Times had reported that HP consulted a PR firm, APCO, about how to best deal with the scandal. But the advice that the PR firm gave probably didn’t anticipate that Fisher would come forward and identify herself and start a new cycle. The upshot is that Hurd has become associated with a former Playboy model. Perhaps he could become CEO of Oracle, as our own Owen Thomas speculated. But his ability to be a leader and role model for employees is probably quite diminished. The nude pictures probably go a long way toward explaining why the HP board let Hurd go.