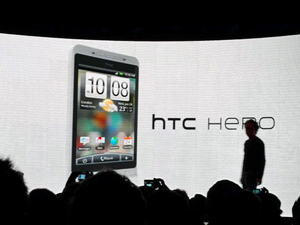 If you’ve got an iPhone in your pocket, you know what’s most conspicuously missing from it (besides a keyboard): a Flash player.

Adobe’s Flash technology has evolved in the past four years from being hated for the proliferation of “Skip Intro” website home pages, to being loved as the Internet’s default TV-watching technology. Flash made YouTube work reliably in 2005. So why isn’t it on our phones yet?

Well, now it will be, although not on an Apple phone. Last week Adobe CEO Shantana Narayen promised a player by October, saying it would first be available for Google’s Android operating system. This morning, HTC held a live event to show off its next smartphone, the Hero, which will be available later this year. The slim device is loaded up with Google’s Android operating system, HTC’s attractive Sense user interface, and a Flash player that supports Flash Lite 3.1. Don’t let the name fool you. Flash Lite handles both streaming content and interactive interfaces built in Flash. Engadget has video of the phone in action. HTC and Adobe have both talked about plans to bring Flash to Android this year. Adobe CEO Shantanu Narayen promised a player in October on a conference call earlier this month. But he described porting the player to the iPhone as a “hard technical challenge.” 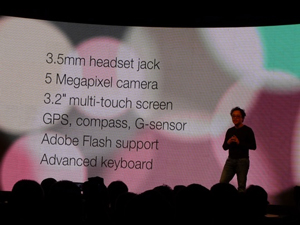 When the Hero hits the streets later this year, its Flash player will definitely make some iPhone owners jealous. The iPhone has a YouTube player, but there are many other sources of Web video. Eighty percent of these videos are delivered via Flash, Adobe claims.

The delay in bringing Flash to phones suggests the technology is much more complicated than it probably seems to many who use it. The end result, though, is that Flash “just plays” and doesn’t spew error messages, sputter to a halt, or freak out into green video. Well, it does the green video thing sometimes, if you try to watch a high-def clip on an older computer. No doubt engineering a graceful failover mechanism into the portable player is one of Adobe’s major challenges.

HTC has left Apple behind on this one. The iPhone has gone two years without a Flash player. Until now, that’s been OK because no one else had Flash, either. But the triple combo of Android, Flash, and the Sense UI makes for what looks like a very desirable object. We’ll have to get our sweaty hands on one to verify that for you.