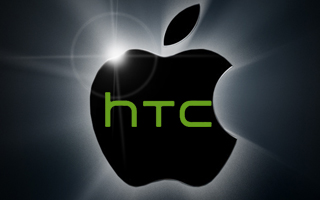 Now this is how patent warfare is conducted: Taiwan-based HTC has filed a lawsuit against Apple, Inc. for patent violations throughout its lineup of consumer electronics devices.

HTC is claiming patent violations for the U.S. sale of iPods, iPads, iPhones, Mac computers and more. The wording of the suit would indicate that HTC ostensibly wants to stop Apple from importing these devices (they’re manufactured in China) and selling them in the U.S. HTC is also demanding a sizable chunk of change for damages: compensatory damages, triple damages for willful infringement and more.

Realistically, however, the suit is merely defense against Apple’s long-waged patent lawsuit against HTC.

“We are taking this action against Apple to protect our intellectual property, our industry partners, and most importantly our customers that use HTC phones,” said HTC general counsel Grace Lei in an emailed statement.

“This is the third case before the ITC in which Apple is infringing our intellectual property. Apple needs to stop its infringement of our patented inventions in its products.”

The patents in question involve Wi-Fi capability that enables wirelessly networking multiple devices and processor communication technology that weaves PDA and cell phone features together to create “a true smartphone experience,” said HTC. The patents at issue are U.S. Patent Nos. 7,417,944, and 7,672,219 and 7,765,414.

The legal battle began last spring. In March 2010, Apple first filed a complaint against HTC, claiming the OEM had been “infringing on 20 Apple patents related to the iPhone’s user interface, underlying architecture and hardware.” This suit was accompanied by some anti-IP theft rhetoric from Steve Jobs.

The Apple-instigated suit targeted pretty much every HTC mobile phone on the market at the time, and some of the patents named had only been issued the month before. Apple was seeking a permanent injunction on the sale of HTC phones in the U.S., which clearly hasn’t happened yet.

A couple of months later, HTC fired back with a complaint to the International Trade Commission to stop the sale of iPhones, iPods and iPads, saying these items infringed on HTC‘s intellectual property.

The lawsuits continued, and last month, Apple gained some ground when a judge ruled that HTC had infringed on two of the original 20 patents. HTC appealed, and we’ll find out the outcome of that particular battle on or around December 6, 2011.

Just days after the original decision was handed down, HTC stated it was willing to negotiate with Apple to settle the lawsuits once and for all. As HTC CFO Winston Yung said at the time, “We are open to all sorts of solutions, as long as the solution and the terms are fair and reasonable. On and off we’ve had discussions with Apple, even before the initial determination came out.”

Apparently, Apple wasn’t amenable to such negotiations, so out come the patent guns once again.