HTC may be selling its Pixel smartphone team to Google, but it’s keeping its HTC Vive virtual reality headset business. And today, the Taiwanese company is announcing a few things that it hopes will attract more developers to its platform.

Rikard Steiber, the president of HTC’s Viveport VR store, said in an interview with GamesBeat that the company will give 100 percent of the revenue that Viveport VR apps generate in the fourth quarter to the developers themselves. Normally, HTC takes a 30 percent share as the platform owner, and developers only get 70 percent. But in the all-important holiday quarter, HTC is giving up its share. And that’s a big gift for developers. The Viveport store opened a year ago with 60 titles, and it has more than 1,000 apps and games now, with 26,000 developers signed up for it. After the fourth quarter, the split reverts to 70-30.

“The holiday is the most important time for developers, and we want to show our appreciation for them,” Steiber said.

Steiber, who is speaking today at the VRDC event in San Francisco, will also share more revenue with the operators of VR arcades. Currently, HTC is encouraging arcade operators who charge hourly fees for people to use the HTC Vive headsets. Normally, about half the fees go to HTC. Now, HTC will take only a 30 percent share, while the operators can keep 70 percent. 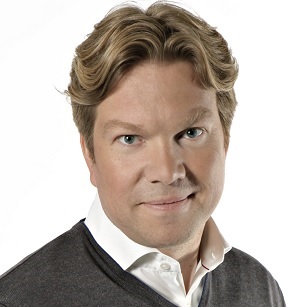 The Viveport Arcade Manager has been in trial with 50 operators in 15 countries, and it now has more than 700 titles that can be used in arcades.

The Viveport team is also making available a new software development kit (SDK), dubbed the Viveport Scene SDK. As part of the Viveport Arcade Manager, the new SDK allows developers to create new effects that can entice users to try out a game or app. The VR Skybox is a feature where you can hover over an icon in the store, and it will show you a 360-degree still image of what the app looks like. Developers can also create a VR Preview, which is like a 360-degree movie clip that shows what the app actually looks like when you’re using it. Steiber said this would help merchandise the apps to customers.

“Our research has shown that customers vastly prefer VR previews over screenshots and videos to inform their purchasing decision,” said Drew Bamford, corporate vice president of HTC Vive’s Creative Labs, in a statement. “We are thrilled that the Viveport Scene SDK will provide developers with a new
avenue for discoverability and engagement on the Viveport store.”

Lastly, HTC has made an investment in a startup VRChat. HTC led a $4 million round investment in the social VR company, which hopes to make VR more social. Other investors include Brightstone VC, GVR Fund, and Rothenberg Ventures. VRChat lets users create, publish and explore virtual worlds with other VR
users from all over the world. It is now available on the Viveport store.

“This is a super exciting time,” Steiber said. “There is so much content out there, with a total of 2,000 titles on the platform around the world.”