HTC today announced that its blockchain phone Exodus 1 is now available for purchase, but there’s a catch — customers can only pay for them with Bitcoin or Ethereum.

Project Exodus is an attempt by HTC to build a smartphone optimized for the decentralized web. The company believes that by incorporating blockchain technology, it can make the phone’s data more secure as well as enable safer mobile transactions. It’s also hoping to ride a wave as a growing number of corporations embrace blockchain technologies.

“It’s been both 10 years since the launch of the first Android phone by HTC and nearly 10 years since the launch of Bitcoin and the Genesis Block,” said Phil Chen, Decentralized Chief Officer at HTC, in a statement. “For digital assets and decentralized apps to reach their potential, we believe mobile will need to be the main point of distribution.” 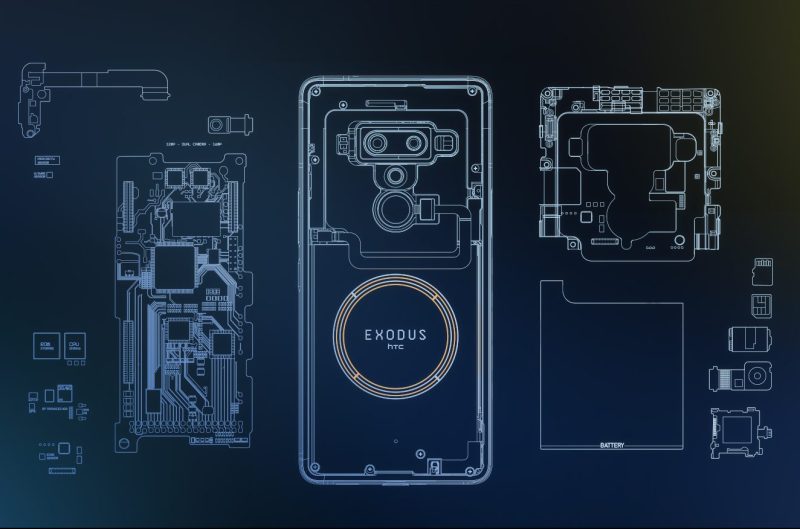 Competitors in this space include Sirin Labs, which previously announced a blockchain phone.

For additional security, the Exodus 1 has a locked area on the device that is walled off from the Android operating system. This secure pocket will contain the user’s crypto keys, which could include virtual currencies or tokens. There is also a new recovery procedure for this crypto data in case the phone is broken, stolen, or lost.

As part of this release, HTC is putting out a call to developers and cryptographers to suggest ways to improve the design and security. The company is also working on an API to allow developers to create their own crypto-related applications for the phone.