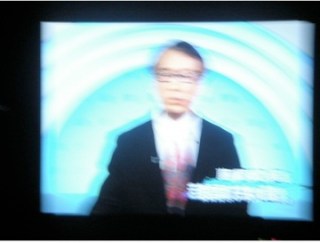 One of the biggest technology stories of 2010 has been the battle between Flash and HTML5 over who will reign supreme as the standard-bearer for video on the web and beyond.

It is hard to believe something as ‘techy’ as HTML5 would find itself as a headline in major consumer publications, but thanks to a little open letter from Steve Jobs to world, HTML5 soon became a word everyone was talking about. In that letter, Jobs argued several key points on why his popular iPhone and iPad devices would not be supporting the de facto standard for video, Adobe Flash, going so far as to say “We don’t spend a lot of energy on old technology” and reportedly telling Wall Street Journal staff that Flash was a “CPU hog” and a source of “security holes.”

HTML5 and Flash: Choosing the best solution for your business

There is no doubt that HTML5 is demonstrating explosive growth as an adopted standard, but does that mean Flash is dying? Absolutely not. HTML5 should not be considered a replacement technology for Flash, just a competitive one. Although Jobs would like you to believe the Flash versus HTML5 battle is an either/or situation, it isn’t. Each standard offers unique features and functionality that make both of them appropriate depending on the technology goals your company wants to accomplish or the activities you, as a consumer, want to enjoy. For example, you should probably:

Before you’re tempted to jump on the “Flash is dying” bandwagon, let’s look at the Flash facts as they stand today:

A technology that has penetration rates like that clearly is offering value to a lot of people and will not disappear overnight. It is powerful and useful in a variety of different functions and in head-to-head competition against HTML5 it has also managed to fight off some of the “CPU hog” categorizations.

Despite Flash’s market leadership, HTML5 is clearly being rapidly adopted as a new standard of online video technology, and companies need to prepare their growth strategies to incorporate it. However, it is still early and HTML5 doesn’t give you all the same features and functionality that Flash does today, so you’ll want to consider your options wisely.

The bottom line is that there won’t be a single ‘winner’ when it comes to online video. Apple’s not going to knock out Adobe. Adobe’s not going to eradicate HTML5. All of these technologies and vendors will continue to evolve and, ultimately, consumers will reap the rewards from the innovative solutions that emerge from this competition.

Dominique Jodoin is president and chief executive officer of Bluestreak Technology, maker of an integrated Flash and HTML5 platform for delivering rich media across a variety of devices. He has more than 23 years of experience in the mobile and wireless industry. Prior to joining Bluestreak, he was President Americas at mobile software management company Red Bend Software. He was previously vice president of business development within the Mobile Systems Division of Alcatel, executive vice president at WaterCove Networks, a venture-backed company that was acquired by Alcatel in 2004, and spent 17 years with Ericsson in a variety of executive positions in Canada and around the World.