After months of speculation, rumors, and leaks, Chinese electronics giant Huawei has finally lifted the lid on its latest flagship smartphone: the Huawei P9. But the company had another device to announce — following Apple’s latest versioning system, Huawei has also launched the slightly bigger P9 Plus.

VentureBeat is part of a packed assembly at London’s Battersea Park today, where Huawei has elected to host its global launch event for its new Android device. Perhaps it should not be surprising that Huawei has chosen the U.K. capital for the global launch event, given it has chosen the conurbation in the past too — including for the P8 and P8 Max phablet last April.

As with the earlier P8, Huawei no longer uses the Ascend branding for its latest family of phones. And while many of the specs that were leaked ahead of today’s announcement proved to be correct, we can now bring you final confirmation of exactly what Huawei has lined up.

The P9 version comes in six colors, the P9 Plus comes in four colors. And both are available as dual-SIM devices. 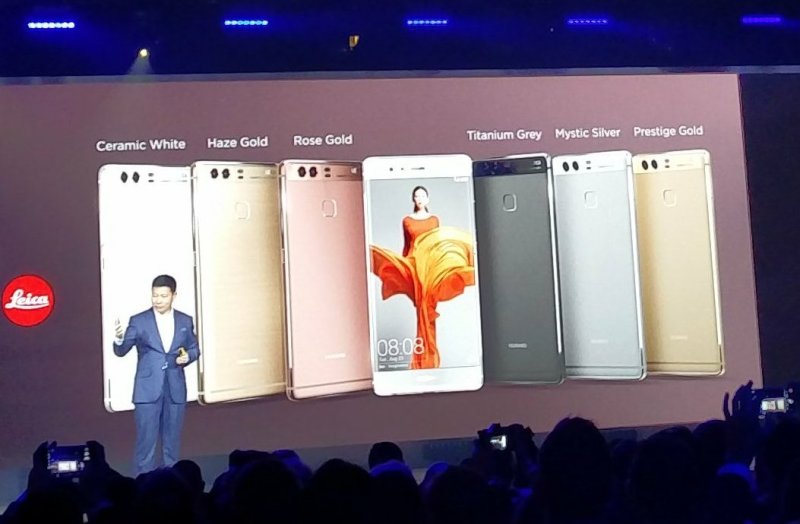 And yes, just as pretty much all the leaks indicated ahead of today’s launch, the device comes replete with dual Leica camera lenses on the back, designed to help snap better quality photos. Huawei CEO Richard Yu even went so far as to say the camera was “coengineered” with Leica. Yu said that the P9 captures 270 percent more light than the latest iPhone.

It’s worth noting here that Huawei has previously offered a dual-lens device in the form of the Honor 6, but Leica has a long and distinguished history in the lens-making realm, so things are being ramped up a notch or two this time around. 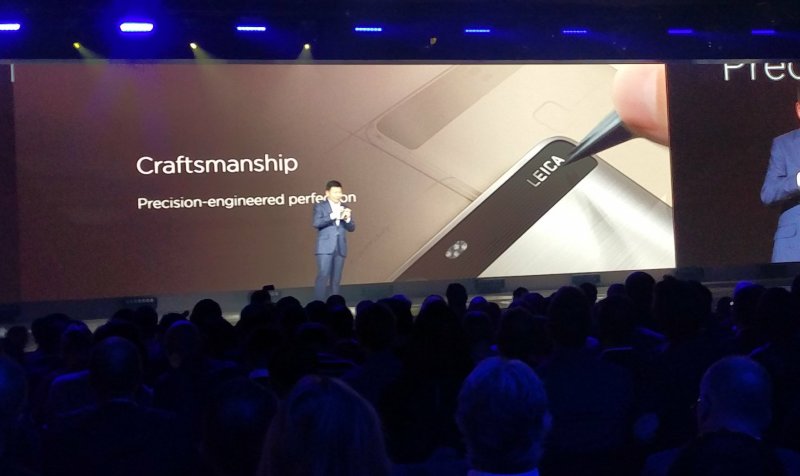 Above: Huawei and Leica

Both the P9 and P9 Plus sport metal bodies, feature a tiny 1.7mm bezel, and are only 6.95mm thin. There’s also no camera bump this time around — it’s completely flush.

Founded out of Shenzhen, China in the 1980s, Huawei has emerged as one of the giants of the telecommunications realm, producing networking equipment, software, and services to enterprises and governments globally. But it has also entered the consumer electronics fray, offering everything from tablets and smartphones to fitness trackers and pocket Wi-Fi devices. Indeed, Huawei’s credentials as a mobile phone maker were given a major boost last year when Google unveiled its new Nexus 5X and Nexus 6P smartphones, with Huawei on board as the manufacturer.

According to a recent Canalys report, Huawei recently usurped Xiaomi as China’s biggest smartphone vendor, and although there isn’t much daylight between the two companies, it’s clear which of the two companies has the biggest global ambitions. While Xiaomi continues to ignore the West when it comes to its smartphones, Huawei has been flirting with the global masses, not only with its launch markets, but in terms of marketing. It has partnered with big-name brands in the soccer realm, including Arsenal and a number of other teams and leagues across Europe and elsewhere.

VentureBeat will be trying to grab some hands-on time with the Huawei P9 and other devices today, so stay tuned for more updates.