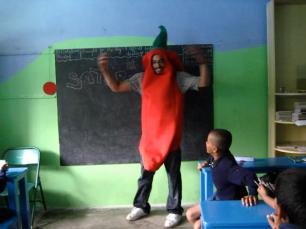 Cub reporter Kenneth Lerer was sure his days as a journalist were numbered when then-Saturday Night Live star Chevy Chase stopped him in the middle of an interview to ask why he wasn’t taking any notes. Few could predict that his career in journalism was just beginning.

As co-founder of the Huffington Post, Lerer is widely believed to be the man who could jumpstart journalism 2.0 — progenitor of a new media dynasty more willing to take a chance on counterintuitive business models. This is doubly true now, after he was active in closing a $25 million round of financing for the company in December. Who better to teach an entrepreneurship seminar at Columbia University’s Graduate School of Journalism?

Journalism School dean of student affairs Sree Sreenivasan has said that entrepreneurship training used to take place on one day over lunch. But this year, nearly 100 students signed up to take Lerer’s course. Aside from his clout in the news business, many were attracted to the prospect of well-known guest lecturers and the opportunity to devise their own viable online business concepts. The not-for-credit seminar signaled a fairly significant shift in the curriculum of the school toward new media concepts like revenue models for online-only news sources.

During one guest lecture, Buzzfeed founder and Huffington Post collaborator Jonah Piretti told students that viral content starts with a built-in social imperative. “You’re not just thinking about the idea, you’re thinking about how the idea will spread,” Piretti said. He also encouraged the class to harness the “Bored at Work Network” — the millions of knowledge workers who sit in front of computers every day swapping emails. “Play to activists, because fanatics will spread a message,” Piretti said. Knowing how to nail this segment of the audience is just as important to new media journalists as it is to startups. Hordes of news junkies await.

“Move forward with an open mind, but don’t let your brain fall out,” said Duncan Mitchell co-founder of Someecards, the online greeting card site that specializes in wry humor, in another lecture. He explained that he subscribes to the “mullet theory” of web content: Similar to the haircut, a web site enterprise has to be “business in the front, party in the back.” The idea is applicable to new media sites like the Huffington Post that need to establish credibility first and foremost, and then deliver appealing content. HuffPo’s brand is built around hard news and political opinion, but it also draws in an audience with its lifestyle and green columns as well as humorous news items from recently-acquired 23/6.

On the last day of class, students got their chance to pitch their own enterprising ideas to Softbank partner Michael Perlis, who told the class, “If you can get to the venture capital stage, you’re likely to be successful.” (Of course getting to that stage is probably the hardest part.) Regardless, teams took turns presenting to Perlis, who offered constructive feedback.

Many of the ideas from the course didn’t have a clear application to journalism, but most dealt with broader issues of content distribution and innovative advertising platforms that might one day help bolster revenue.

For example, one group described plans for a Facebook app called “Where Are My Friends Tonight,” a concept similar to Loopt, with specific focus on nightlife. “We look to market ourselves as the best application for local advertising on the iPhone, with geotracking as a key draw for local bars and business advertising,” said team member Gregory White, a journalism student in the print concentration.

White and his colleagues — who departed from journalism to ponder the potential of mobile — also approached Betaworks about developing a prototype of the app, but their plans have stalled since December due to the downturn. Not only has capital dried up, but the economic climate has discouraged once-adventurous programmers from jumping to an app that already has many potential competitors. However, Lerer, who is a partner is Betaworks, said that business is not slowing at the startup accelerator — its portfolio includes Someecards, Tumblr, and Tip Joy.

Perlis said he was impressed with the “Where Are My Friends Tonight” team because they were looking to start small with a tight focus before growing organically. “It’s important to stick the limits of your project,” Perliss said, adding that he often meets people who have small ideas and overly ambitious plans for expansion.

One team — choosing to tackle the journalism question from a new angle — pitched a web agency called Multipedia that would connect freelance reporters looking to sell multimedia content (infographics, videos, audio slideshows, etc.) to mainstream publications similar to existing services like GumGum, Associated Content and Helium.com. The idea is to help news organizations find dynamic, engaging content for their sites while controlling costs — and to give journalists new avenues to showcase their work and get paid.

At the end of the session, Perlis encouraged students to brainstorm business models for sites that offer premium services in addition to free content. He said that venture capitalists in this economic climate are interested in businesses with recurring revenue models, like Thumbplay, a company that allows subscribers to download unlimited ringtones, video games and wallpapers to their mobile devices for $10 a month. This advice was especially relevant as premium membership efforts at publications such as the Wall Street Journal Online and Salon.com struggle to gain traction.

Reflecting on the course, Lerer said he never expected all of the students to come up with news-based ideas. Emphasis was instead placed on valid models for content providers on the web in general. “I think we broadened the definition of journalism in this class,” he said. “You could fit almost anything we talked about into the content bucket. Someecards is content and there seemed to be as much interest in that as anything.”

Lerer will lead another entrepreneurship seminar at Columbia in the spring where students will create a business plan for a hypothetical content site from the ground up.

“I got an enormous amount out of it,” Lerer said of the recently-ended seminar. “There’s nothing better than listening to a bunch of ideas from people half my age — wait — is it half? I just did the math and its half my age.”

Chikodi Chima is a student at the Columbia University Graduate School of Journalism pursuing his M.S. with a concentration in digital media. He is an avid bicyclist, urban explorer and a contributing editor at College Mogul, a group-edited blog dedicated to startups for, by and about college students and young adults. Upon graduation, he plans to explore the world of technology and write about the experience at techtrotter.org.