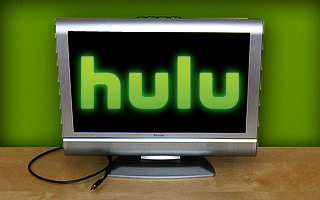 Despite a highly publicized 2011 quest for a buyer, Hulu operations are so peachy keen that the company will spend almost half a billion dollars on new content in 2012, CEO Jason Kilar would have you know.

The streaming video company, which specializes in providing online access to network television content, brought in $420 million in revenue in 2011, Kilar said in a blog post on the company’s 2011 performance.

The revenue figure is up 60 percent from 2010, though it is less than the $500 million revenue estimate projected back in September. Hulu also grew Hulu Plus, its all-you-can-eat $8 per month offering, to a subscriber base of 1.5 million paying customers.

“Hulu Plus has reached 1.5 million paid subscribers faster than any video subscription service launch (online or offline) in U.S. history,” Kilar claimed. “We expect our subscription services to account for more than half of Hulu’s overall business later this year.” 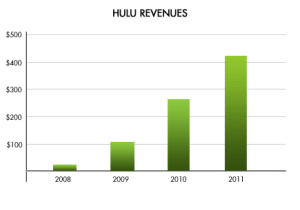 Kilar is so confident in Hulu’s business, and its ability to turn a profit with a dual ad-subscription revenue stream, that he said the company will spend roughly $500 million — $80 million more than it made in 2011 — on acquiring new content for the service in 2012.

How much does $500 million buy exactly? In the realm of digital content rights, not so much. Competitor Netflix is said to be paying $30 million for each DreamWorks picture it gets. Sure, that’s likely a much higher premium than Hulu is paying for say something like the rights to Community or CW content, but you get the idea.

And without getting a look at Hulu’s books, it’s difficult to know just how well Hulu is really doing. Yes, the business is growing, subscribers are signing up to pay monthly fees and its content library is expanding at a healthy rate — content grew by 40 percent versus 2010, Kilar said — but Hulu is in a risky business, and the company knows it. Lest we forget, it wasn’t that long ago when Hulu was ready to throw the baby out with the bath water.